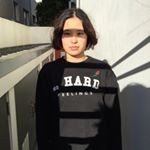 CW: This article describes the sexualization and objectification of East Asian women, including racial slurs, and may be triggering to some readers.

As a child, I was constantly being inundated with the same images on the television: white people who were beautiful and had interesting stories to tell. But rarely did I ever see anyone who looked like me. If by some chance, there happened to be an Asian female character, the choices were scarce: a hyper-sexualized, martial arts sidekick, a socially awkward brainiac, or a timid, obedient girl pursued by a powerful white man.

I could not identify with any of these tropes as a child, and still cannot, as an adult.

Only in my teenage years did I realize how detrimental this misrepresentation was for the perception I had of myself and other East Asian people.

Growing up, as I am sure many East Asian kids can relate to, I received plenty of “ching chongs” or “your eyes are so small – how do you even see?” Very quickly, I became ashamed of the way I looked and the sound of my own language. This yearning to fit in completely overpowered my will to understand or connect with my own culture. Although I am fluent in Cantonese, at school, I did everything in my power to appear as detached from my language and culture as possible. I had been conditioned to believe that in order to be considered a ‘cool Asian’, I had to appear more white. I had to be ‘whitewashed’. As the years went on, I even started to make fun of my own culture, imitating a broken Chinese accent and laughing at how funny it sounded.

To this day, I feel ashamed that I ever mocked my own language, knowing the struggles my grandparents and parents experienced integrating into Australian society in order to provide me with the life that I have.

However, in just a few short years, everything had changed. When I entered university, people seemed to approach me differently. My physical appearance, which had been shamed and mocked my entire life, was now suddenly seen as desirable or ‘exotic’. White boys would approach me at parties and boast about having “yellow fever” or express that I was “pretty for an Asian girl”. In all honesty, at the time part of me found these comments somewhat flattering, but another part of me grappled with the idea that they were backhanded and uncomfortable. Now, as a 22-year-old Chinese woman, I finally understand how offensive these comments really are.

Saying I am beautiful for an Asian is seemingly complimentary, but in reality, only reinforces the ‘otherness’ of Asian women and emphasizes that my culture is somehow a detriment, which my looks make up for. It means that as soon as I am found attractive, my beauty is judged under white or Euro-centric standards. This notion that my culture, my language, and my skin color are ‘too foreign’ to be normal has carried through from my childhood until today and continues to impact the way I perceive my own identity.

The hyper-sexualization of East Asian women has become normalized: Lucy Liu in a tight leather bodysuit, a Japanese schoolgirl fighting in a short skirt, a Chinese woman being heartbroken by a handsome, white soldier. And I am sick of it. I am sick of people coming up to me on the street and saying “Ni Hao, china doll”. Telling me you like Chinese girls is not flattering, it’s objectifying and insulting. I am more than the racialized fetish or sexual fantasies framed by the gaze of white men.

My race should not be a prerequisite for how dateable I am and I refuse to be limited to the images I have been fed my entire life by Western media, which is only now beginning to change.

It may have taken years and countless inner conflicts but I have finally arrived. I love being Australian Born Chinese. I can speak three different languages and am lucky enough to have two homes: Australia and Hong Kong. I have the privilege of living in dual cultures, both of which inform fundamental parts of my identity.

So let’s make this clear.

Telling me you have yellow fever or that you are “into Asian girls” is not a turn-on.

Telling me that I am beautiful for a Chinese person is not flattering, nor is it a compliment.

I am who I am because of my culture. And you are too.

I am a poet, a feminist, and a cat-lover. Follow Chelsea on Instagram or read more articles from Chelsea on Thought Catalog.

Dating Asian Girls: How To Get A Date And NOT Be The Creepy Guy