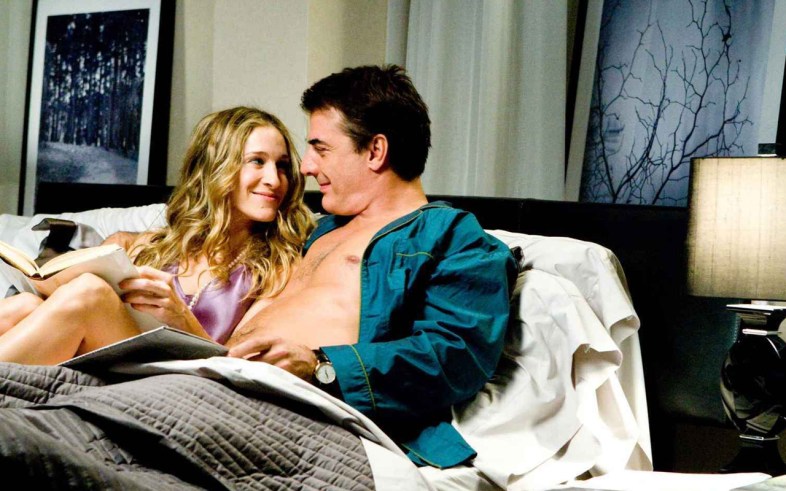 Let’s start with the big (ahahaha) couple here, because they are obviously the tedious and vaguely-emotionally-abusive stars of the show. So, we are supposed to believe that Big, after years of essentially treating Carrie as something between a side piece and a beloved dog, swooped in to rescue her from her scary, cold Russian boyfriend in Paris?

Setting aside the fact that Carrie and The Russian would never have been together in the first place – Carrie was much too lowbrow to be his gallery hoe – it seems pretty bullshit that Big would suddenly come to his senses about her.

Frankly, Big and Carrie never seemed to be well-matched, and a guy who looks like Chris Noth, and gets chauffeured around Manhattan by a driver, is probably not gonna leave it all behind to chase a 38-year-old woman who had to pawn her friend’s wedding ring to compensate for her shoe addiction. Sure, you can argue that she made him laugh, but the choice is not “do I marry a Natasha, aka the human embodiment of a beige Eames chair,” or “do I choose Carrie, the human embodiment of a sample sale where someone gets a patch of hair ripped out over a skirt.”

I’m calling bullshit on this relationship, because in real life, he would have ended up with a woman who was a little closer in age than Natasha, capable of making him laugh, and more capable of managing her life than your average 14-year-old. Not Carrie.

I’m definitely part of the camp that never bought Miranda and Steve in the first place – and who still has scars from that horrifying scene where Steve tried to pay for the expensive suit on two cards, cash, and a couple bus tokens – but fine. We’ll go with it. And I do appreciate that Steve added a certain levity to Miranda’s life, as well as (apparently) a healthy dose of orgasms, and I definitely buy their relationship more in the later seasons, when he owned his own bar with short-hair-era Aidan.

But I would argue that the bullshit part of the whole scenario is that Miranda, in the year 2004, would move her ass to Brooklyn. This is pre-trend pieces about man buns and whiskey bars, and we’re talking about a woman who was so hardened-New Yorker that she only visited her (irritating, but not evil) mother on her deathbed. To me, Miranda was never the type of gal who was gonna move to a brownstone in Carroll Gardens and slog it out with all the yoga stroller moms. She had a law firm to bust balls in, and $16 martinis to sip in downtown lounge/restaurants. She would have sooner made Steve and Brady live in a walk-in closet in the Financial District than leave the island of Manhattan.

So the relationship itself might have been legit, but not the circumstances of their new life together. 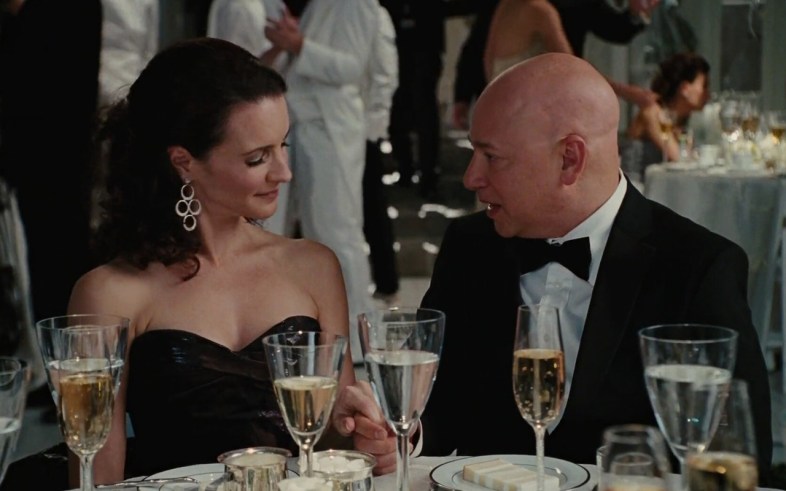 This relationship always seemed, from its first moments, the most legit of any of the main love stories. The fact that Harry didn’t look like Kyle MacLachlan made perfect sense in the context of him being warm, funny, unpretentious, and great in bed. He was the husband that Charlotte needed, in just the right doses. And the circumstances under which she nearly lost him—by being a terrifying human Pinterest engagement board—made total sense as well.

The fact that he was willing to walk out on someone like Charlotte (particularly after she had the gall to point out that people think he’s lucky to have her), made their eventual ending all the more satisfying. If he had just ridden that relationship through to a wedding at the nine-month mark, as she wanted, I would have honestly just had pity for Harry. Yes, Charlotte is beautiful and a Barbie Dream Wife, but at least play a little hard-to-get. But he did, and he made Charlotte realize that she needed to earn his love, no matter how many times he put his bare balls down on her silk-upholstered chaise lounges.

I fully admit that I cry to this day during the scene where he proposes to her at that tragic temple mixer. Their relationship was great, and for Sex and the City standards, a harrowing drug documentary in terms of realism. Charlotte needed to get broken out of her “sexually deviant, strong-chinned WASP” routine, and Harry was the only one who was going to do it (while, let’s be honest, keeping Charlotte in Park Avenue apartments and Diane Von Furstenburg dresses, because Charlotte wasn’t going to marry a middle school teacher).

For her, he was perfect. And not bullshit. 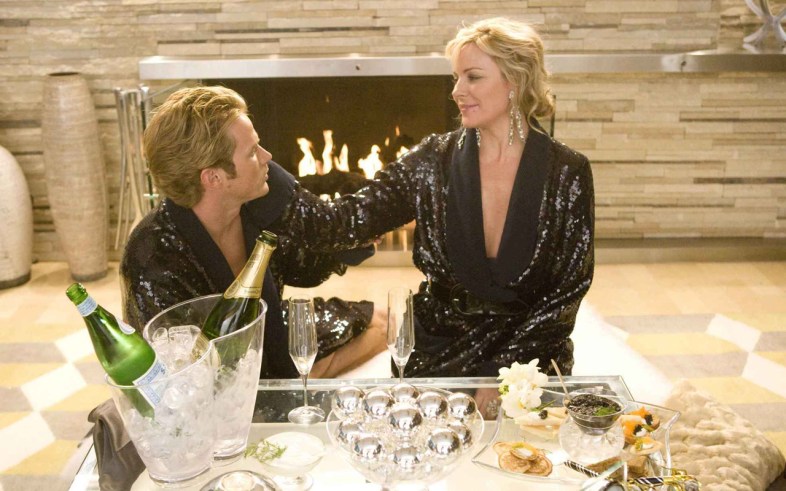 I’m sort of the fence about this one, because on the one hand, Smith had some truly heart-wrenching moments with Sam. Without even discussing the head-shaving scene (which may be the most Kleenex-worthy scene in SATC history), Smith was there at the bottom of the elevator when Samantha emerged from her self-loathing tryst with Richard. She melted into his arms, saying “I don’t know why I do this to you,” and we melted with her. Why couldn’t she just be good to Smith the way his tender, washboard-abbed self needs?

And that’s the issue right there. I buy that Smith would have been head over heels for Sam, in an early Ashton/Demi sort of way. I get that she was almost a mythical goddess to him, and he was sort of the Rocky to her Dr Frank N Furter. But I’m just not certain that Samantha would give up her problematic (lest we forget her tryst with a black man) life of hedonism for him. I feel like she would have gotten bored of him right around the time his Absolut ad was getting graffiti’d. But perhaps I’m wrong, and given the life-changing things he was by her side for, I believe that they might have made it work for the long term.

I’ll say this one was not bullshit, if only because she created Smith, and Samantha loved nothing if not her own work.

We Are All Alchemists

What Namaste Means: The Origin of Namaste and How it’s Used in Yoga

6 Gentle Reminders When Your Ex Wants To Stay Friends