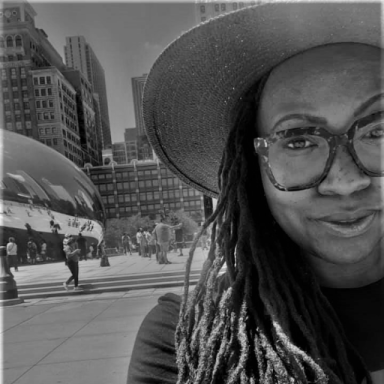 As more people become truly aware of the severity of race-related violence, structural racism, and victim silencing that still occurs in the United States, many people want to become part of movements that create change. I commend these individuals. I commend the ones genuinely seeking change and reflect it in their everyday lives. However, many people who claim to be allies don’t know what it truly means to be a good ally. Even though they may know what one looks like in terms of the media, many “activists” and “advocates” are getting it wrong. When you’re getting it wrong, you’re causing more harm than good. Here is how to become a better ally.

As a Black woman living in Utah, I know first-hand what it is like to be treated like a monolith, especially when meeting racial quotas. There are Black people and there is the “acceptable” Black person. The “acceptable” Black person is usually from a sub-culture like the Church of Latter-Day Saints or a group presumed to assimilate into the conservative culture, abiding by all ideals of families who have lived here for several generations. If you don’t fit these two categories, you may find yourself the oddball out. If you’re truly an ally, you’re going to accept groups of human beings and all of the diversity within those groups without favoritism.

One thing to realize is there is not one face for each represented group. Almost every group that I know of consists of various cultures, subcultures, and belief systems. Some may not agree with others, but the objective is to find common ground with a resolution that helps everyone be on an equal footing. It’s not your job to decide who within that group–the group that you are not a part of–should be the winner or loser within that group. Put away the stereotypes and stigmas and remove your natural ability to be separatist.

Remember: You’re Not The Disadvantaged Group

Have you ever experienced self-righteous people who call themselves allies but always tend to make situations worse because of their need to look important? They’re always positioning themselves as the “freedom fighter” for other groups, and conflicts that would not have normally happened happen. You’ll rarely find them putting themselves at risk. Where are these people for peace negotiations? If you are this type of person, I am talking to you.

Performative allies seek self-satisfaction at the risk of further damaging relationships and burning bridges through their self-serving agenda are often drenched in narcissism and self-gratification—not social advocacy or community building. If what you are doing is not helping to improve conditions for the intended group, you need to reevaluate your strategy. If what you are doing discriminates against another marginalized group rather than creating inclusion, you need to reevaluate your strategy.

Focus On Bringing People Together, Not Making Enemies

Groups facing constant prejudice, discrimination, and injustice do not need the help of others when it comes to creating more conflict and separation. Fight injustice and do not look for more people to fight.

Case in point: During the protests for the killing of George Floyd, two women of the non-marginalized persuasion decided to spray-paint “Black Lives Matter” on a Starbucks in Los Angeles. With the Black Lives Matter movement and their supporters getting a bad reputation until the Covid-19 pandemic hit, this was not helping to promote solidarity.

Remember: It’s More Than A #Hashtag

Sometimes your actions in your daily life are enough. You don’t have to post all over social media to feel like you’re in solidarity with other people. If you’re posting on Monday and living your daily life the same way without supporting other marginalized groups, save the hashtag. Hashtag activism doesn’t work if people don’t work.

Let’s take a look at what an honest discussion looks like. Don’t expect other people to spill out all of their emotions like they are on a talk show but expect them to be honest. As humans, we need to know the good, bad, and ugly when it comes to being part of a marginalized or disadvantaged group. Many people who experience trauma and discrimination do not wear their suffering for their mental and spiritual survival. It’s no one’s business how they express their anguish, just as long as they are telling their story. Many ‘saviors’ want people to look ‘pitiful’ to express what they experience on a daily or consistent basis. It makes them feel validated. People don’t have to have the appearance of hurt or hardship.

Not every good deed needs credit. Too many people are caught up in “who said it first” or “who did it first.” I find this happens a lot in a professional setting where a lot of emphasis is placed on the greater good. When I say the greater good, I mean the appearance of the greater good, because a lot of support groups end up being more political than supportive. When I say political, I mean there is an alternate agenda outside of improving conditions for employees within the groups being represented. Many managers, directors, and even CEOs want to put their “I helped this group” stamp of approval on every social cause there is. There are various ways to support groups privately, including supporting spiritual minority businesses in your daily life, advocating for and sponsoring others without needing recognition, and teaching other people about their prejudices.

3. Educate Yourself On Issues At Hand

Before you can support groups of focus fully and wholeheartedly, you need to educate yourself on their struggles and the systems affecting them—both socially and structurally. If you come from a non-marginalized group, people from a marginalized group are going to have to jump through more hurdles and loopholes in just their daily life. Their journey is different, it just is.

Use Resources For The Greater Good

Just as the ancient Chinese proverb states, “Give a man a fish and he will eat for a day. Teach a man how to fish and you feed him for a lifetime.” I truly believe this, but I also believe in not being stingy when it comes to supporting disadvantaged groups. When you give, make sure it’s from the heart and not as a means to micromanage or maintain a group on what is happening within the community you are supporting. Allow the people that you are supporting to tell you what their needs are and how the resources given can best benefit them.

We cannot go on in this world alone. Everyone is deserving of equality and the opportunity to grow in whatever way they choose and are willing to work hard for. As an ally, your goal should not be taking credit for supporting groups of people, but improving equality, humanity, and humility through the actions in your daily life.

“The time is always right to do what is right.” – Martin Luther King, Jr.

I'm a diversity and motivational writer.