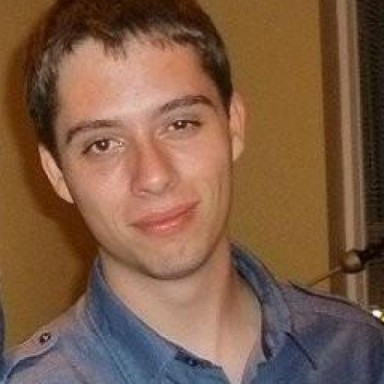 The term “black ice” is a misnomer. Nothing about the thin layer of ice that forms on roadways when condensation from automotive exhausts freezes is black in any way. If black ice was actually black it would be less dangerous, because in cloaking the medians and texture of asphalt with a solid sheet of black it would provide drivers with a visual alert as to the imminent hazard awaiting them. In actuality, black ice is completely clear, meaning that motorists traversing the Saint Anthony Falls Bridge in Minneapolis during winter are at an increased risk for vehicular accidents, because unlike snowfall, rain, and fog—which announce their intentions to cause harm ostentatiously—no one sees black ice in time. I’ve driven this road for five years and I’ve never seen any. But my sedan just lost traction on a patch of the stuff in the center eastbound lane of the I-35. At sixty-five miles per hour, it should take less than four seconds to impact the next cell of oncoming traffic. There’s nothing I can do.

There’s a point to telling you all of this. The first point is, I’m really, really sorry. I’ve never been late to pick you up from a flight. And I know that you forgot your overcoat when you left. I hope it doesn’t take the police too long to get in contact with you. It’s so cold out. The second point is, I think, that hidden somewhere beneath the tumult of eking out an existence, one of the greater objectives of living is to eke out a meaning for one’s existence. It’s one of those things that you typically get to spend your whole life doing, telling the story of who you are. And when you die, you get to say something like: These are my children, no more beautiful confluence of circumstances could have created anything more wonderful than them there is nothing more incredible and overwhelming than seeing your children grow you couldn’t possibly imagine it I can say with every ounce of sincerity that at the end of my life more than anything I know that I was a father. Something like that.

But there’s just not a lot of time during a car crash. I always thought that someone should develop a seatbelt that intuits the kinds of things you’re feeling as you drive from physiological responses like your heart rate and the moisture on your skin. Then, it could display them on your rear windshield. If you were angry, it could say “Having a terrible day” in big, bold font, so that people wouldn’t cut you off or honk their horns at you. If you were having a good day, though, it might say “Life is wonderful!” and children in the back seats of cars could wave at you as they passed, which would make your day even better. The seatbelt would relay this information to a third-party processing center, which would store the data so that you could do something like give it to your psychologist (if you wanted to), or so your family could look at it (if they wanted to) if you were killed in an accident. The company would filter out all of the fear, and the terror, and the regret, and just mail your loved ones a manila envelope with print outs that said things like “My life insurance policy number is 38274012, you’ll be fine” or “I planned a trip to Rome for our 50th anniversary, you should cancel it” or “Thank you for loving me.” It’s a shame, I am extremely lucid about what is important right now.

That may help to explain why I noticed that it was exactly 5:11 when my car struck a Toyota Forerunner three inches above my right wheel-well, or that at the moment it did our two cars must have looked like an ill-formed greater-than sign, and it may serve as cause for my saying that I felt my rib break against my steering wheel acutely, and that the blood that was left on my dashboard as my head struck it wasn’t red like it is in film, but red like the inside of your eyelids when you close them and stand in front of a lamp, and that the chassis of the car was spun around exactly three times as it moved left across the lanes of traffic, I’m not sure that I could have ever imagined that glass doesn’t explode with that kind of impact but crumples like the wrapper on a muffin that has been thrown away, I think what is most noteworthy though about this moment is that no matter how much I try to distract myself by noticing things about the inside of the car that look the same as they did before the last seconds of my life like the leather of the seat against my back or how clean the runners are or the amount of change still somehow in the coin dish or the effectiveness of the heater I cannot ignore how sad I am and how sorry I am and how you will never, as you shouldn’t, forgive me for leaving you like this.

The point is, until you’re dying it’s impossible to understand how much what you say matters to the people who love you. So much grief is spent on the words that never get spoken to the dead. When my father passed away I spent six months mourning not only his death, but also the death of the things that we had left unsaid. When we buried him I felt like I was burying the opportunity to redress every way that I’d failed the things that are expected of sons, every way that my own vices and lassitudes had chiseled out an impassable void between who I was, and who I should have been. I let the unstated apologies fill up the bathtubs and the basins of the sinks. I let them become the dust on the furniture and the rust on the pipes. I constructed an entire mythology of contrition and anguish out of them, as if I had been tasked with the burden of carrying around an ossified and irreparable monument to things as they were. As if I was the victim of final words, as if the tragedy is in the fact that the living have to suffer the things they were never able to say.

But I’ve changed my mind, now that my lung has collapsed, and my arm is hanging like a diseased olive branch from the socket of my dislocated shoulder, and the body of my car has spun and rolled into the path of an eighteen wheel trailer. Its headlights are so bright, and the breakaway glass is falling into my eyes because I’m hanging upside down from my seatbelt, and yet it’s so, so, so easy to think. I must look absurd. This is so terrible, the air is frigid and the snow is falling it would be so beautiful if this wasn’t happening, when you lose someone you love you have the rest of your life to speak to their memory, the dead don’t retain bitterness, they can’t rebuke an effort to make peace, you can always speak the words that you didn’t, that’s a conflict that can be won, and there isn’t a satisfactory excuse to do otherwise. But I only have an instant and I wasn’t prepared, twenty five feet now, maybe, I have so much left to say to you, it’s such a noble goal to die content with the last things you said to the people you love, I have done such a miserable job of communicating all of it, I’m not sure if I had another eighty years I could say everything, think about all of the things that you leave stored in the recesses of yourself because they are too hard to say or too painful or risk too much but you don’t mind because you’ll always have another chance, there is a bird’s carcass wedged in the grill of the truck I can see the texture of the treads of its tires and the steam of its engine and oh god the shriek of its breaks, don’t you grasp the problem, I have been weak and cowardly, I have so much to give you and you will be forced to guess and speculate and some things will just go altogether unmentioned and disappear from existence as if I never thought them at all like the fact that I fell in love with you because you saved my belief that there was something like uncompromising faith in the good of the world and I love the mole on the ridge of your left shoulder don’t ever remove it and your smile and I always wanted to live with you somewhere far away from everything, how awful is this, how awful is the fact that dying will make permanent any ambiguities in our understandings of each other, when you love someone you work your entire life to articulate everything wonderful that you see in them so that it won’t go misunderstood, but there’s no more time for that, there’s ice in the car, the distance has been covered, steel is meeting steel.

While trying his hardest to live a life fit for an autobiographer, Charles writes, studies, and starves in a small ...