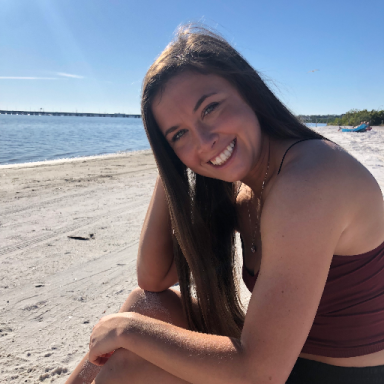 Why is that? Why do girls who know how special they are put up with anything less than the treatment they know they deserve?

I’ve found that usually this happens in phases. Example: A girl starts talking to a boy. This boy is actively pursuing her. He is putting in the effort to be with her. Then he has his first mess up. Maybe he says something unkind or maybe he misses a date. This girl is annoyed, but it’s his first mess up, so she lets it slide. Then he messes up again. The girl thinks, “This is the first time he’s done something like this,” so she doesn’t mention it. This pattern continues. Now, whether the boy realizes it or not, he continuously messes up because there are never any repercussions. Now the girl who had a boy who treated her so well in the beginning no longer does.

This cycle is vicious. By the time the girl realizes she’s not being treated in the way she deserves, it’s too late. The habits are already there. When she begins to stand up for herself, the boy retreats. He doesn’t understand why all of a sudden she’s acting like this. At this stage, usually either the boy ends things with her because she has become too difficult or the girl ends things because he’s not the guy he was when they first started talking.

So, here I have provided you with four tips to break this cycle and finally start a relationship with a boy that continuously values you and treats you with respect.

Boys, whether they admit it or not, love being called out. When you call him out for doing something he shouldn’t, your value increases in his eyes. He realizes that you know you’re special and you’re going to demand him to treat you like you are. This does not have to be in a harsh or negative manner, but let him know what he did was wrong.

2. Do not apologize when you have done nothing wrong

This is something girls do way too often. We want this boy so badly that we are willing to apologize for the sake of ending the argument. Of course you should apologize when you are in the wrong, but if you have not done anything wrong, do not apologize. Seriously, this is a bad habit to get into. By apologizing when you’re not in the wrong, you are telling a boy he can act however he chooses.

3. Tell him your expectations before getting into a relationship

Girls have certain nonnegotiable things they want from a boy, and that’s okay. For example, if you think spending quality time together at least once a week is important to you, let him know. Tell him upfront this is what you want—this way, you’ll avoid the miscommunication later on. He may not know what you think is important until you tell him, because what is important to you might not be to him.

4. If he ends up treating you poorly anyway, leave.

Some boys just might not be the boy for you. That is okay. You are not meant for everyone. How he treats you is a reflection of him, not you. When you leave because he is not treating you the way you deserve, you are still proving to him and to yourself that you are worthy of the treatment you are seeking.

To all girls out there, it’s up to you to get the treatment you deserve. You are in control. Demand what you deserve and do not put up with anything less. Don’t put yourself in the cycle.