Three years ago, when my son was in kindergarten, we took him out of school for two months for an extended trip to rural Mexico. The experience was rich, and not only in a “family in paradise” kind of way. There were many challenges in our little casa on the Banderas Bay, from power outages to brown water coming out of the sink to iguanas and scorpions in the bathroom.  It was a crash course in Jungle Life, which taught us all a lot about living simply, being patient and flexible, and how it’s okay to be uncomfortable sometimes. 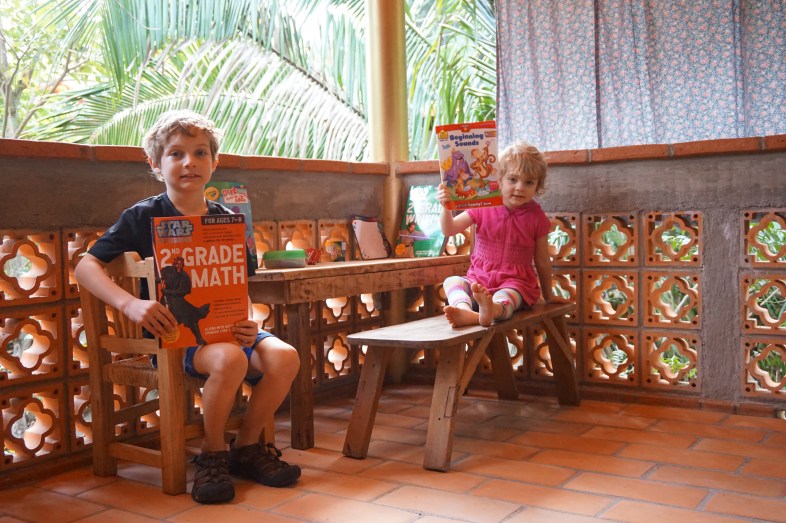 The experience was so valuable that we’ve continued to take extended trips every year since, pulling our son (and starting this year, our daughter) out of school. People often marvel at this, amazed that such a thing is possible. Admittedly, the first time around, I was really nervous to approach the school’s administration about our plans. Like every parent, I love my kids and want the best for them, and when swimming upstream against American cultural norms, self-doubt lurks.

Yet deep down, I believed our plans were reasonable and responsible. Learning can certainly happen outside the four walls of a classroom. And if you don’t’ ask, you don’t get, right? So I took a deep breath and approached the principal. Here are 6 things I’ve learned…

1.The school might be more supportive than you’d think.

My son attends a public school in Colorado, and it turns out my worries were completely unwarranted. Both his teacher and the principal responded with complete support.  At first I thought maybe this was because it was “just kindergarten,” and kindergarten isn’t mandatory in the state. But then they unequivocally supported our trip the next two years, also.

2. You don’t need a desk for schoolwork.

When we travel with our son, his teacher gives us an idea of what to do to keep him up to speed while away. In early elementary school, this mostly involves reading, writing, and math. Our son might sit on the floor or on a log at the beach or on a stool in a treehouse to study, but it’s all the same, right? And interestingly, each year upon returning to school, our son’s teachers have said that within a few days, it’s like he never left.

3. Their friends will still be there.

People always ask, “But what about their friends?” Um, what about them? It’s only a few months, plus they’ll meet new friends, maybe even kids who speak a different language or who live in a very different place. Last year on the beach in Mexico, my son was playing simultaneously with a girl who lives near the Arctic Circle, a boy from Bristol, and a cadre of local Mexican kids. Perhaps the best thing? They can actually keep in touch with each when they return home (with some effort from the parents) via social media platforms like Facebook.

4.Their extracurricular activities will still be there.

Where I live in Colorado, soccer, for example, is big. Some people put their three-year-olds in leagues, and soon after they’re traveling to games all over the state. It’s a real commitment. This goes for other activities, too. When discussing our travels with other parents, “sports” is a top reason people give for not giving an extended trip a shot. But I’d argue that it’s worth missing a few months of any activity in order to expand your kid’s worldview.

5. So much growth happens “in the field”.

I’m one of those “You need to get out of your comfort zone to grow” types, and man does that happen when traveling abroad. It manifests in so many forms. For example, my son, who’s really social, has a strong need to play with other kids, and when traveling that often means busting through language barriers. Despite my maternal instinct to help him find friends, I force myself to stand back and watch. Each time he worries and worries, but inevitably he bursts into the social scene through a universal activity like tag, ball, or making sand castles. My daughter, on the other hand, gets pretty freaked out by insects, and in the jungle creepy crawlers are part of everyday life. It’s been interesting to watch her desensitization process, while at the same time staying aware of dangers like scorpions. It’s science, super-sized. 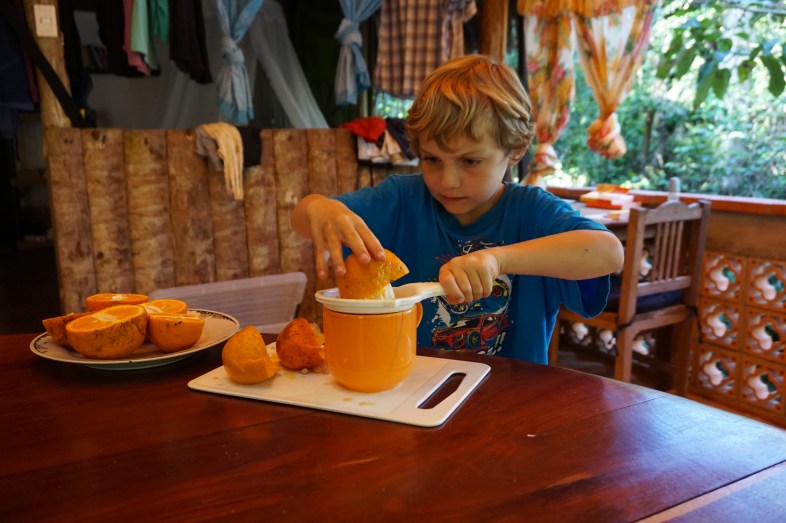 Don’t get me wrong, I understand why schools honor students who’ve managed to attend classes every day. It’s a worthy accomplishment. However, missing school for an educational reason is honorable, too. My kids are not likely to ever get a perfect attendance award, and I’m okay with that. Their engagement in learning is what matters to me, whether this is happens inside the classroom or out in the world.

9 Books Coming Out Soon, Written By Authors Who Deserve Your Attention

Reflecting Back On My School Shooting 15 Years Later