A week ago, I returned from a trip to Guatemala. I left my husband and young kids behind for two weeks and spent Thanksgiving eating tortillas and rice instead of turkey, and exploring the country on my own. (Yeah, I felt mixed emotions when I left, including guilt. You can read about the mess of my departure here.)

But then it happened. Within a few days of arriving in Guatemala — first in Antigua, and then Lake Atitlan — I met a series of inspiring women, and my guilt was replaced with gratitude. It reminded me of the many reasons I love solo travel, with “the people I meet” at the top of my list. When I’m exploring the world alone, I find myself noticing, and often connecting deeply, with people I might not have seen at all if I were with someone else, because when you’re with others, why is there any need to branch out?

But when I’m alone, I see the person sitting at the table next to me, or backpacker in my boat taxi. And I often end up talking to them and hearing their story, which tends to forge friendships. I know it enriches my own life. On my recent trip to Guatemala, several people stood out. Here are four women: 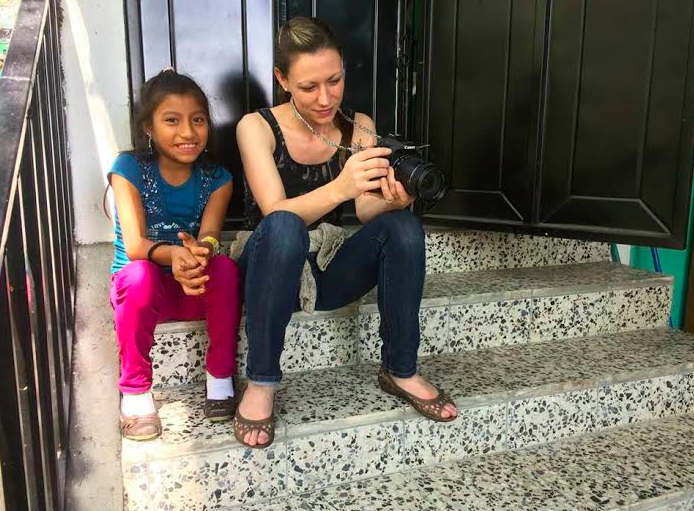 MaryWells and I were both renting rooms from a Guatemalan family in Antigua, and when I first arrived at the house, exhausted after a red-eye flight and long layover, she immediately offered her hand and introduced herself, saying, “Hi. I’m MaryWells Smith,” in a sunny, Southern accent.

I made the assumption that she was a single twenty-something visiting Antigua to study Spanish, because it’s a common gathering spot and there are dozens of language schools, which is great. But then she blew that theory up. She said she was married, from South Georgia, and the mother of two young children — ages 3 and 22 months. She was on a 16-day solo foray, because she’d fallen in love with Guatemala several years ago after living in the country for a summer, and she’d returned to explore further, and also to do some mission work.

I was floored. As a Colorado woman who writes a lot about travel — solo, couple, and family — people often respond to my reports of adventure with words along the lines of, “Well, must be nice for you. But I couldn’t do that for (insert list of reasons).”

And although I agree that we all face obstacles in our lives, I also believe they sometimes become excuses; a way to avoid the difficult leap necessary to jump outside of our comfort zone to make stuff happen.

MaryWells proves there’s no room for excuses. Let’s be honest: American culture embraces mothers who are selfless, and in Colorado this means there’s kickback when you do things for yourself, but in South Georgia it’s more like swimming upstream against raging cultural currents. Although MaryWells’ immediate family was supportive of her trip, she had to endure all kinds of comments from others, who suggested she was putting mission work before her family, or that it wasn’t appropriate for her to leave her children when they’re at such sensitive ages.

If a woman from the Deep South can figure out how to follow her heart to Guatemala for a couple of weeks, this makes it seem possible for pretty much all of us who’d like to make our individual goals a reality. 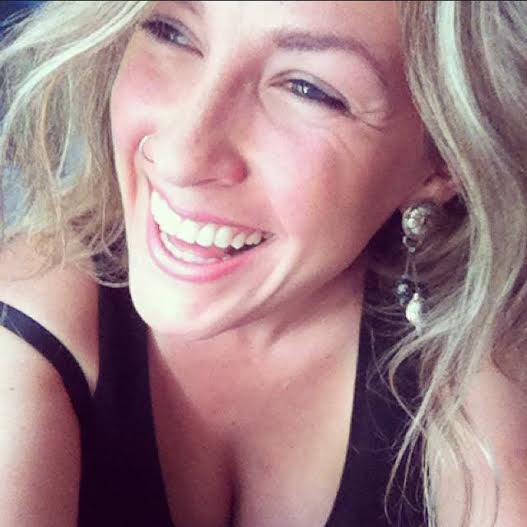 For part of my trip, I attended a writing and yoga retreat on the shores of Lake Atitlan, and Kelton was another participant. Immediately, I liked her quick laugh and candid personality, but it wasn’t until we’d talked a while that I saw what a major leap she’d taken to attend this retreat. For starters, she’s pretty carnivorous — to the point that she’s hard-pressed to name any fruit or vegetable she likes beyond avocados — and all the food at the retreat center was vegetarian. (I eat meat too, but I also enjoy many vegetables, so it wasn’t nearly as much of a stretch for me.)

But even more deeply, Kelton struggles with anxiety, and she has a family history of mental illness. All of this terrifies her, deepening her anxiety; fueling a challenging cycle. In her regular life in L.A., Kelton copes with her fear by staying really busy; working a demanding job and racing bikes in her free time.

But the retreat was all about removing that busyness. Cutting out distractions. Being quiet. Listening to your inner voice and knowing yourself better. We were encouraged to stay mostly offline for seven days, allowing us to fully let go, and the schedule every morning included mediation and yoga. There was a whole lot of time to ruminate on your inner workings.

Early in the retreat, Kelton looked peaceful on the outside, but inside she said she was freaking out. She described her mind as racing and she said she broke down crying one afternoon in the privacy of her room. She didn’t know how she’d make it through the whole week.

But she stuck with it. And by the end, she wrote a great short story that I’m confident she’ll publish or turn into a novel; her return to fiction after many years of non-fiction. And even better? Although she brought some anti-anxiety medication along on the trip, just in case of emergency, she didn’t take any of it, including on her flight home. 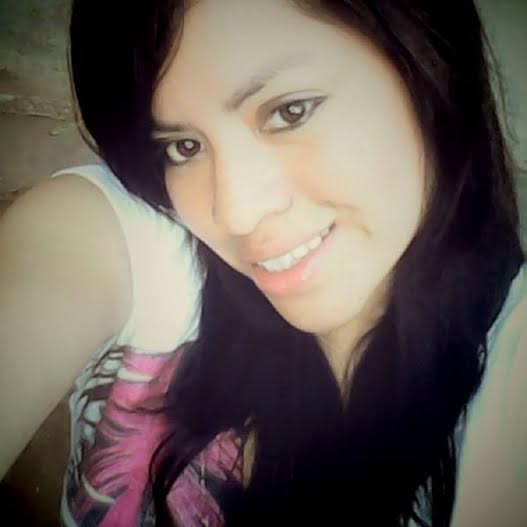 Clarys was on staff at the retreat center, and I happened to cross paths with her one day when I wasn’t supposed to be in my room. I had a bad cold and needed some alone time, so I’d skipped lunch to lounge in my bed. Clarys knocked on my door; she was there to tidy my room. For some reason, instead of waving her away, I invited her in. She didn’t speak English, and although I do know some Spanish, I’m not very confident about how I sound when I speak, with my obvious American accent.

But Clarys made me feel comfortable and we launched into a long conversation She listened to me patiently, acting like she understood every word I said, and helping me with words I didn’t know. I told her about my family, my writing, my life in Colorado, and my lust for adventure. She told that she’s from Guatemala City and studying tourism, and all about her work at the retreat center. Clarys has big dreams.

At the end of the conversation, Clarys asked me if she could “Friend” me on Facebook. I was like, “Si!” I’m pretty sure I sounded ridiculously enthusiastic, but it was such a great feeling to have a competent conversation in Spanish, with her generosity, and to have her ask me if we could continue our friendship from across the miles. It was a really meaningful moment in my life (and now I get to continue to practice my Spanish, on Facebook.) 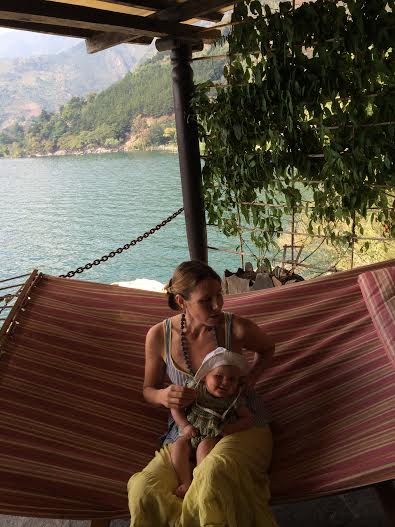 Corinna and her husband and their eight-month-old daughter, Millie, were visiting Guatemala from New York, and we weren’t supposed to meet. But when they arrived in Guatemala, they realized their rental house wasn’t the right fit, so they ended up nabbing an extra room at the retreat center. All of the meals at the Center were served family-style in the dining room, so I got to see them a lot, and I thoroughly loved observing their family interactions.

Corinna looked so self-assured as she toted Millie around in a pouch carrier, hiking the trail along Lake Atitlan, up and down the steep hillsides. They even took Millie to a Mayan fire ceremony. At mealtimes, they found a nice quiet corner in the dining room and put down a blanket so Millie could play while they ate. There are so many American families that are scared of traveling with a baby — I certainly had my own fears when I was a new mom — but here they were, doing it!

Corinna and I had several short and sweet conversations, and she told me they’d also taken Millie to Scotland. She felt that the baby really opened up doors when they traveled, providing “an immediate conversation and ice breaker.” This is the same experience I’ve had in traveling with kids, and it was wonderful to make a connection with another adventurous family.

Perhaps my favorite thing about Corinna and her family? They were using a borrowed pack-n-play crib that was held together with duct tape. What a great symbol!