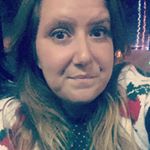 Before you even met him you had a future planned out together. It was him and you against the world, and it was going to be a great adventure. When you met him you weren’t even looking, at least that’s what you told yourself. Everyone gave him great reviews, and before you even really got to know him you replaced that future with the two of you together.

Except little did you know, everything he said was a blanketed lie to wrap you in. He painted that future you had dreamed out, but he used watercolors and when the storms came it washed away. It left outlines of what used to be there and you held onto that because you knew what it used to be and maybe, just maybe, it could be that way again.

I know the more time you spend with him, the harder it is to let go. You’ve invested in so much time trying to build a future together and trying to get him to play his role. You keep thinking he’ll change, because every now and then you get glimpses of what you wanted in him to begin with. And after all, he keeps coming back so that has to mean he wants it too, right?

It’s a vicious pattern, but every time he reaches out apart of you jumps for joy. After you see him you’re on cloud nine, a high you’ve never felt before except when you’re with him. So even when you come back down, and your body aches, you want him. And even though you’ll never get what you want from him, you can pretend what he gives you is enough.

Sweet girl, I know you can’t stop thinking about him and what could have been. He had potential, and you fell in love with it. You were hooked from the first kiss. But what could have been was a fantasy; it’s not real life. It’s a fake high, and when you come down and the dust settles and you’re alone again, it hurts like hell. You can’t keep pretending that your life is going to have a storybook ending, that he’s your knight in shining amour here to rescue you. You have to save yourself.

You’re addicted to potential, but there’s always a chance for recovery.

The Romantic Comedy You Should Watch This Valentine’s Day, Based On Your Zodiac Sign

Valentine’s Day 2023 Forecast: A Zodiac-Based Guide To Romance And Love