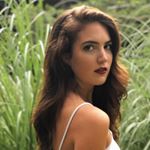 One Tuesday after work, I received a text from somebody I didn’t want to hear from about a subject I didn’t want to talk about. It fell into the category of “I am fully aware I will lose sleep over this for the next week.” It was enough to shake my confidence and even warranted a purposefully ambiguous rant on Snapchat during my traffic-filled commute home. Which, if you know me, I only save for special occasions.

I was glued to my phone and had several friends inquire what was going on. I tried to tell them as much as I could through my anxiety clouded incoherence. While I appreciated having loved ones reach out, our conversations didn’t feel satisfying. Once I hung up the phone, I was still left alone to deal with this new problem looming over my head.

I do my best to be as emotionally self-reliant as possible, but life wouldn’t be authentic without a few sucker punches every once and a while. The truth is, I couldn’t properly articulate my feelings because I couldn’t effectively identify them. I felt stupid and exhausted after experiencing an entire range of human emotions within an hour.

I laid in bed, still dressed in binding corporate casual, staring at my ceiling fan. My phone buzzed again. Drowning in dread, I rolled over to check. It was a text from a friend of mine who hadn’t seen my 15-second video of my unraveled shrieking.

“My work is hosting a float tonight on the San Marcos river. I get a plus one. You down?”

The last two words felt as though someone had asked me to help them move a couch. Not even a love-seat, like a pull-out couch that weighs a ton. It didn’t sound very appealing, but it was the first text I received all afternoon that wasn’t about my problems. I considered my options. I could either stay glued on top of my comforter, undoubtedly staying awake all night over-analyzing, or I could meet up with my super cool friend who has a Matthew McConaughey Dazed and Confused type personality and float the river under a full moon.

Granted, I could’ve stayed home, ate a responsible dinner, and tried to be asleep at a reasonable time since it was a Tuesday. But I knew the funk I found myself in needed to be shook off. So, I turned off my phone for the rest of the day, packed a toothbrush, and jumped in my car.

An hour later, I found myself on an old school bus filled with strangers decked out in glow-sticks. Illuminated beach balls and various spiked seltzers were tossed around like a concert. Someone’s speaker drowned out the roar of the engine as we made our way into the night. I felt like I was on the way to the world’s coolest summer school.

If you’ve ever floated the river in the Hill Country area in Texas, congratulations. The feeling is impossible to describe to anyone who hasn’t. The closest you can get is by watching that one alt-J music video “Left Hand Free“. Which is, not coincidentally, shot entirely in New Braunsfels. It’s one of my favorite things about the state. The area is completely immersed in its own culture, it’s hard not to fall in love with it.

With that being said, floating the river at night is an entirely new experience. It’s rare to schedule, it’s relatively unsupervised, there’s little visibility, and snakes are not uncommon.

Fully aware of the risks, we jumped in. 90 Hill Country hippies began their journey under July’s full moon and I was a part of the pack for the night.

The float is about four hours, so I had plenty of time to partake in normal ‘river rat’ behavior until about 2 am. Coolers were emptied, rapids were braved, and we even pulled off to start a bonfire. The only source of light came from the multicolored neon streaks sprinkled around us, the quick flick of lighters, and the relentless moonlight spilling into the river. Frogs and cicadas composed the night’s soundtrack. The breeze was thick and cool from the preserved vegetation, providing a much-needed break from Texas sun.

At one point, probably after a White Claw or two, I found myself separated from my friends. Further up the river, I could hear laughter and an appropriate amount of raising hell, but I felt no compulsion to catch up to my friends at this time.

The current slowly led me around an open plane, free from the encompassing shadows of the overgrown branches of the trees. The moon was completely exposed and sent it’s bleached reflection to dance against the ripples carrying me along. I squinted to focus on her craters, remembering how incredibly big the universe is and how small I am. I was soaking in the cathartic view, feeling calm for the first time all day.

I passed out on my friend’s couch that night within ten seconds of laying down. I was exhausted and had a commute to work in a few short hours.

I’d like to say that my new problem didn’t cross my mind while I was on the river, but it did. However, I had it categorized differently now. I had time alone to simply be still and shut up for once. In my solitude, I felt at peace and could finally identify my feelings.

The float reminded me that this planet we inhabit slows down for no one. Life can suck sometimes, but there are too many good things in this world to let the negativity consume you. I’m entitled to experience them.

I returned to work the next day on time, pretty tired still, but absolutely ready to handle my tasks. I told none of my friends where I was or what I did. I had no desire to share. It was my own romantic chapter I wanted all to myself.

I ran away from my problems that night. While this may not sound like an appropriate response to anxiety, I wanted to get away from the drama. The difference is that I didn’t run away from my responsibilities. I knew I had work the next day, but I owed it to myself to spend some time out of my head.

The next time bad news has you feeling like running away, do it. Run away to a good place, a place that’s not your own. It’s unfamiliar and free for new positive experiences to be taken advantage of. Establish this memory as strictly yours. Cherish it and let yourself find peace through it. Feel everything you feel unapologetically, it’s a release. And the next day, resume being a boss bitch who can handle anything.

Single feminist from the dirty South trying to have it all