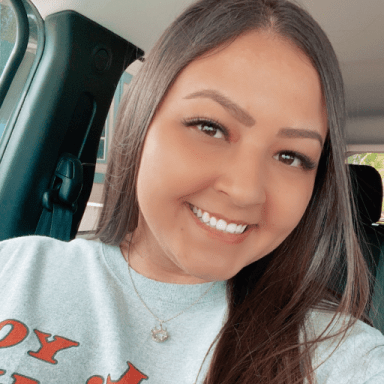 We’ve all been there once or twice, maybe 20 times (no shame in your game). You meet someone cute, start talking, maybe go on a few dates, and you feel like everything is going really well. Then one day you wake up to zero notifications instead of a “good morning” text. Snapchats selfies get left on open and the text conversations that lasted for hours have been whittled down to a few minutes. Then the responses get shorter and the time between them gets longer until they stop coming altogether.

The reality sets in that you’ve been ghosted, and let’s be real: it sucks.

Sometimes you can see it coming—the chemistry just isn’t there, so the ghosting doesn’t come as much of a surprise. It’s the times when you think that everything is going great and you start to imagine yourself with this person and how much it stings to have those daydreams come to a screeching halt.

You can sit there and pick apart every message, every exchange, every emoji (or lack thereof), but sometimes there isn’t a reason as to why they disappeared. You can blame yourself for not trying harder, not being more interesting, wishing they’d text you one more time, but that will do nothing but prolong your healing.

You are allowed to feel sad, mad, confused, or whatever other emotion bubbles to the surface. Cry if you need to, drink a few glasses of wine, vent to a friend, do whatever it takes to make you feel better so that you can let all of it go.

As upsetting as it is, don’t beat yourself up too much about it. Ghosting is weak, but it happens. Choose to look at the bright side and realize that this person who decided to fall off of the face of the Earth actually did you a favor. They showed you that they aren’t the one for you and aren’t good enough to be the one receiving all of your attention and effort. You are now free to find someone new who quite possibly could be a 10 times better fit.

It may not seem like it now, but in no time you’ll probably forget that you were ever interested in them. One day, their name might pop up on your phone again and your heart won’t flutter like it used to. You won’t be wondering what excuse they cooked up as to why you haven’t heard from them until now because it won’t matter.

They had their chance and they blew it, so remind yourself of that and don’t read too far into it. They’re the one that messed up, not you. They’re the one that chose not to respond to you. If you gave this connection all of the effort you feel like you could have given, what they do (or don’t do, for that matter) is out of your hands. It is not your fault if they decide that this relationship wasn’t for them. They’re the one who wasn’t good enough for you, okay?

Tell yourself as many times as you need to, “It’s not you, it’s them.”

I like to think the best of me is still hiding up my sleeve Follow Carly on Instagram or read more articles from Carly on Thought Catalog.

An Open Letter To The Brokenhearted

The Pep Talk You Need To Help You Get Through The Rest Of 2017, Based On Your Zodiac Sign