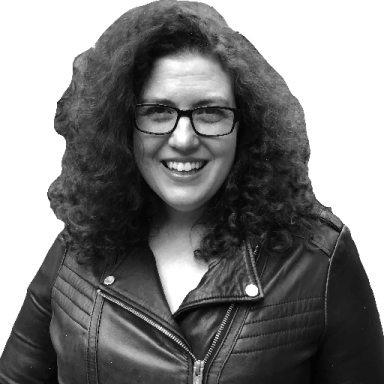 The following article contains spoilers for ‘Bridgerton.’ You’ve been warned.

Let me start by saying “All Hail Queen Shonda!” Showrunner and Hollywood Powerhouse Shonda Rhimes brings us Bridgerton, a romantic Netflix series set in a world where race is slightly less of an issue than it actually was in 1813. When I see the Shondaland logo, I can relax knowing that my entertainment experience was okayed by a television genius. Bridgerton certainly tries to be modern, and although the lens is still far too stuck in the past, the overall package is a must-watch.

I have a soft spot for period romances, especially those in the Regency timeframe, but it has always made me feel strange that non-white people are so thoroughly excluded from such stories. Bridgerton solves this problem immediately explaining that the king married a non-white queen and therefore non-white people have a less difficult time in society in this timeline. All of this is to orchestrate the central couple: an impossibly pale, thin, young, white, privileged virgin named Daphne Bridgerton and the sexy non-white Duke Simon with his troubled childhood and bad-boy ways. Because, of course, interracial romance sells better than stories where both parties are non-white.

I was immediately turned off by the pretty perfection of Daphne. She was so perfect and innocent, I couldn’t relate to her trials. I begged constantly for the other characters to return: the effervescent Penelope, the scheming Eloise, or even the Bridgerton sons who all have their own stories as they find their way to love and marriage. However, as Daphne navigated her situation, she grew wiser and I softened my heart and grew to love the character.

Of course, the talk of the town is Daphne’s rival in beauty Marina, a light-skinned young woman newly arrived on the social scene who happens to be pregnant. Once again this story walks the familiar road of an unwed non-white teenage Mom with an absent white baby-daddy. Marina is strong-willed and fierce but is forced into positions with terrible options, one after the next. I want to see the privileged, beautiful, carefree princess as a dark-skinned woman. If this imaginary world is going to hold space for a black queen, why should we suffer through watching another unwed black teen with an unwanted pregnancy? It’s 2021. We need to do better, try harder, and tell stories with more to say.

Duke Simon is our non-white hero and we follow his life of freedom and options, but personally, I felt little sympathy for his selfish choices and attitudes. Simon acting and feeling like his deathbed vow to his father could never be reversed is nonsense from the start and that as his only reason to not want children was obviously not going to last, especially in a world without vasectomies, birth control, and safe, legal abortion. With the amount of unprotected sex we watch them have, it seems unlikely that Daphne will avoid pregnancy for long no matter how much Simon pulls out. For me, that conflict crumbles before it even gets started.

How much more fascinating would it have been if Simon legitimately was a person who never wanted kids, was positive of this fact, and wanted to make it clear to his partner well in advance of their wedding. This is a situation that is absolutely relatable to a 2021 woman who wants children and falls in love with a man who doesn’t. The conflict of not having children is even more interesting when the genders are reversed. Bridgerton had an opportunity to tell a story that so many women would relate to, but instead, it was a story about a young woman striving to get some splooge.

The sex scenes are frequent and graphic, definitely staying true to the Historical Romance genre of the books. Everyone shown to be a sexy person is Hollywood-style thin and toned, young and chiseled. Penelope, the lone plus-size woman of note who is ridiculed by her sisters for her weight, gets no action whatsoever. I wish with all my heart the queen had been non-white and plus-sized so we could see a Regency world where every arm wasn’t a twig, every dress only perfect because it hangs straight down without a hint of curve. Penelope has a lot to deal with in the story, not the least of which is being overlooked with both story beats, screen time, and romance scenes. I only hope Season Two is entirely about Penelope Pfefferington and Eloise Bridgerton, as both actresses light up the screen and have amazing comic timing.

All that being said, I started watching Bridgerton on a whim just to research the most popular shows right now and ended up a day later sobbing over the finale. The charm is irresistible and gorgeous people having hot sex never really goes out of style. Although there is so much wrong with Bridgerton, there is also enough right to make it a must-watch. If for no other reason than to have an opinion at the Twitter watercooler, as the show is as popular as a Lady Whistledown rag and everyone is talking about it.

A writer based at the top of the world in Fairbanks, Alaska.

Even If You Don’t Like Period Pieces, ‘Bridgerton’ Is Worth The Binge