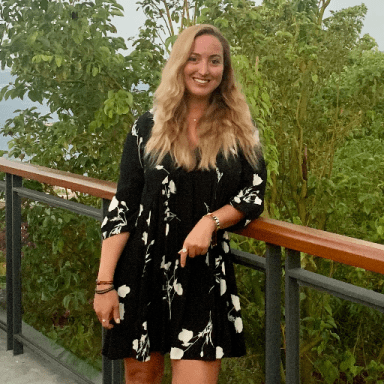 At the age of 12, I went to New York for the first time and made a wish.

As a teenager, I dreamt about walking down 5th avenue while eating an apple, running out of Bloomingdale’s with a big brown bag, walking out of a Broadway show into the shining lights of Times Square, breathing deeply and taking it all in.

At the age of 22, I was living in New York. I never thought of that little girl inside of me. I was so preoccupied with the next dream; I was so blinded by the fight to stay and settle down in New York that I didn’t even stop to realize I had every single thing I wished for as a little girl. I lived the best years of my life in the only city I ever wanted to be in. I met the best people throughout those years. These people weren’t just people I met in the city, but the people that I met during the years where my sole focus was New York, the ones that knew me as the girl who adored the city. It included the people that were in my life before New York, and it included my family who always supported every dream I had without hesitation.

In all those years in New York, I lived every emotion possible, but at the end of the day, no matter what, I fell asleep every night with the joy of falling asleep in New York. While sleeping, I dreamt about the city, and when I woke up, I was excited to run out and live it. Staying in New York was a fight, a struggle, and that struggle overshadowed the fact that my dream had come true.

At the age of 32, if I could say one thing to my 12-year-old self, it would be you did it. The wish you made as you held your mom and dad’s hand walking through Times Square came true. I was so scared about failing and leaving New York that I forgot to realize the most important thing. The ending doesn’t matter. All that matters is I got my wish.

From that moment on, I made sure in life to always notice the moments where my dreams come true. Even if it only lasts for a brief second, I close my eyes and I embrace that second.

I needed therapy after the film Titanic. I still can't watch it. :)