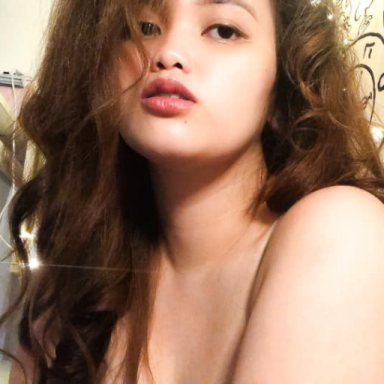 This is what it means when you’re told to meet your person halfway because it’s not just about compromising to what they love or believe in. It’s also understanding and absorbing what and where they come from, without it, feeling like a chore.

When a person wants you or wants the idea of being with you, they see a potential in you. Whether it is to grow emotionally and spiritually with you and/or be with someone they think has the capacity to make them better persons, they see a potential so strong that makes them want to pursue you.

Just like what we usually see in romantic-drama movies. Meeting a person halfway is literally meeting them in the middle. Say, for instance, the man is rich and the woman is poor (or vice versa), what you will always notice in the plot is the man, leveling himself to know the woman outside of the world he’s accustomed to. He will use it to get to know them better because this is what can help them to further pursue them.

True love requires hard work. And to be honest with you, this is one part of it. No person in love isn’t willing to take the risk or lower themselves for the people they don’t like that much.

Say, in modern dating. You know why most people end up in almost relationships? It’s because people – whether the boy or the girl – try to test the waters. If they don’t see the “potential” in you, they ghost you. They look for other options until they “feel” that kind of spark they haven’t felt from you.

Friends with benefits? Hell, people fall for this trap for yet another trial and error. They think being emotionally close through sex would create a connection. When it doesn’t, they’ll just keep you for the sex…and the so-called, “friendship.”

Rules are only established by the person who doesn’t see you as a potential, and if you fall first and “break” it, you know where you’re headed to. Remember, people only break the rules for the people they want to break the rules for. And if it’s not you, it IS not you.

This is also the reason why there are people who date you and eventually tell you, “They don’t see themselves with you.” When a person tells you, “I don’t see myself with you,” it literally means they just don’t. That’s the reason why almost relationships and friends-with-benefits thing exist – they want to do things with you but just not enough to be together with you. Only when they feel a connection can they upgrade the relationship status, because when they don’t, they just leave… or sadly, “ghost.”

They’re quite assholes for giving you false hopes, yes, but in reality that’s just how dating works. You try to find the person you think is compatible with you, and when you don’t see it, you leave. What makes it douche-y is when they dump you for reasons to appease your broken heart instead of telling the truth, or for lying about their true intentions just to take advantage of your truth and vulnerability. Worse, when they just leave you hanging.

On the contrary, if you see potential in a person and your potential person sees you (whether it emerged from modern dating or the traditional dating style), you will find yourself taking risks for that person. You will find yourself leveling (not lowering) your standards for them, and learning how to grow from their beginnings.

Dating is simple. Meeting different kinds of people in the making that don’t connect with you is what makes it complicated.

Remember this. When a person wants you, they will pursue you. And if they’re the right persons, they won’t put you through things that’ll destroy or wreck you. They will help you become the person you’re supposed to be, help you connect with the people you lost, and/or be the reason why you want to change for the better.

In a relationship, there are only two things. Either you grow together, or outgrow each other. If you find yourself in the latter situation, wouldn’t it be fair if you just leave?

Your Expectations Won’t Push The Right Person Away

3 Reasons You Haven’t Attracted The Right Person Yet

How Each Zodiac Sign Absolutely Knows They’ve Found The One

5 Signs You’re Settling For Something Less Than You Deserve

Dating In College Vs. After You’ve Moved Back Home