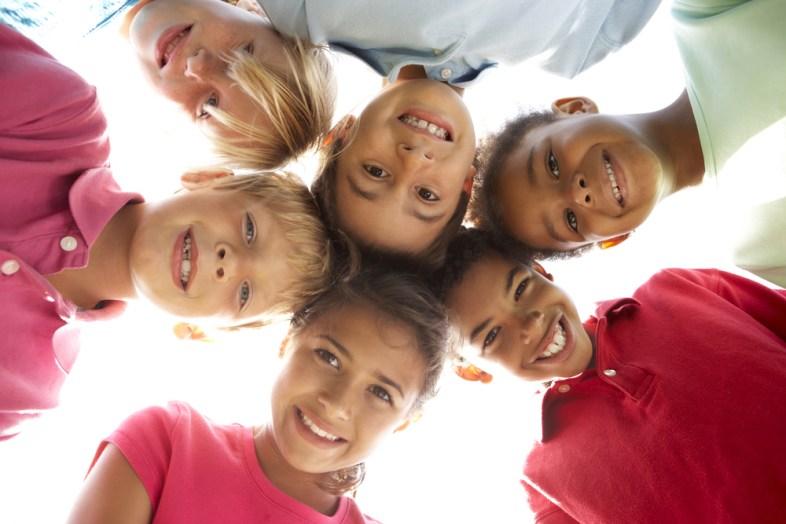 1. They taught you the simplicity of friendship

You can’t really remember the first time you met them, but somehow you’d be able to remember bits and pieces of when you were forming a friendship with them. Friendship came without a clause or condition, and nothing beat introducing your friend to the other kids that you just made at the sandpit while waiting for your parents to pick you up.

When I was 7, I was at the playground watching the boys play soccer. From the corner of my eye, this tanned skin boy grinned as he rode his bicycle wheel over my toes on purpose. It was cool then to make fun of the opposite sex, since girls and boys practically found each other gross. Even till this day, we laugh about how we eventually ended up friends even though he bullied me.

2. They showed you that the ways of the world didn’t matter to them, & that being yourself was good enough

In my home country, we are streamed accordingly to our Primary School Leaving Examination (PSLE) grades. The test is a mandatory test we had to take when we were 12 years of age. With that being said, academic results are something that is looked up to and flaunted by most parents, aside from a child being an all-rounder, sports included.

Despite us getting into different calibers of streams to secondary schools, there was never a competition between each of us. I was never beaten down or called stupid because I was weak in mathematics. Instead, the better ones pushed the weaker ones to study and to keep on the academic track, even when things got tough.

I was tutored by two of my childhood friends in mathematics and even got hit on the head and eye by a pencil because I wasn’t concentrating on their words. If that aint love then I don’t know what love is (ba da da dum~).

3. They’d never shortchange you on what they think you deserve

If the guy’s an asshole, he’s an asshole. If she cheated once, she’d cheat again. They’d never package it nicely to you just because you’re seeing him or considering her, neither would their opinion change about him or her.

They will never hesitate to tell you now straight to your face. He’s not what you need. Friends are beyond nice necessities of face value. We treasure you more than that.

4. They taught you to be comfortable in your own skin

As a child, playing a game of catching was looked forward to every single week when we met up after class at church. As we grew older, somewhere across the line, we became self-conscious of ourselves. Zits, body odor, attraction of the opposite sexes and so on made us further distinct ourselves apart. Despite all this, there was never a need or expectation to impress one another. Sure you’d feel self-conscious about it from time to time, but do they care? Nah. They’ve seen you grow through the shitty periods. Nothing makes a difference now, so just wear what you want to wear, cut your hair the way you want to and just be you. That’s enough for us.

5. They never (and never will) give up on you

Never have they once said, “listen, I have better things to do then to listen to you”.

With mad experimentation of your teenage angst days, the wrong choices of men over and over again, the constant cries of a non-ideal situation-they’d be there. Even when you call them at 3 am crying and short of breath, they’d listen. They’re the kind of friends that will drop everything and run to you-simply because they know how much you need them when you do.

They’re the kind of friends you know that when you fall, you know they’d be there to pick you up- right after they have a good laugh at your sore buttocks.

Keep up with Cally on callychantale.wordpress.com

The Unedited Truth About Toxic Friendships