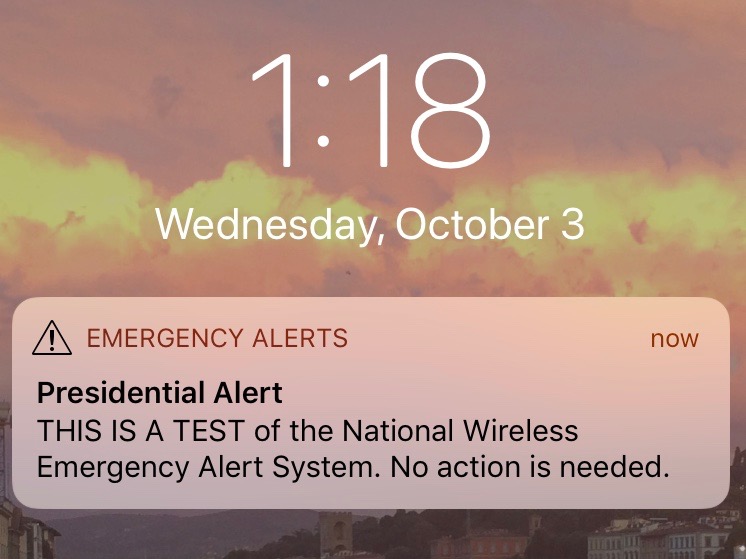 October 3, 2018 marks the text heard around the world — or, I guess, the United States. The White House tested out its new emergency text alert system, which sends an Amber Alert-type notification to your phone and is (unfortunately for some) something you can’t opt out of.

But even though these notifications may seem a little annoying to some, it does make for some great jokes. Here are our favorites, thanks to Twitter dot com.

1. Well now this is just rude

congrats to tiffany trump, who just received her first ever text from her dad!

2. What the alert SHOULD have said

not gonna lie, this was a good use of the national emergency alert system. pic.twitter.com/FOmYjxtVLk

3. I think my alerts are broken…

Did everyone get this? pic.twitter.com/UurRByPc8l

I put my phone on the ground and sprinkled a salt circle around it.

I still got the presidential alert.

6. A little rough but a good reminder

7. This is getting out of hand

t***p is the ex you blocked on twitter, insta, fb, tumblr, gmail, gchat, & snapchat so they only way they can reach you is paypaling you a dollar with the memo “can we just talk”

There Is Now A $10,000 Reward For Information About A Missing Native American Woman In Washington

Why That Bernie Meme Says So Much About American Politics