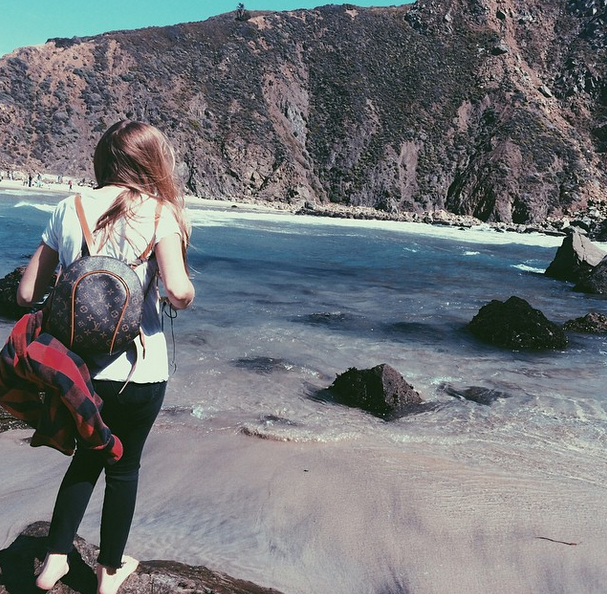 Men and women – it’s one of the biggest and most obvious ways we categorize people on this planet. Female versus male, boy versus girl, X versus Y, penis versus vagina. We’re all humans, but something about being either a woman or a man divides us. It makes us just a little bit different, and a little less able to understand each other.

Obviously, women are the underdogs. Men have always had the right to do pretty much whatever they’ve wanted. Women are the ones who have had to fight for what they deserve. The media reminds us of the struggle of being a woman every day – women being oppressed in other countries, women being portrayed poorly in the media, women still not being paid as much as men no matter how far it seems we’ve come.

The conversation on women and all of our strife is never over. Every one out there, men included, seems to have an idea of who we are and what we’re thinking. Websites, articles, magazines label themselves “for women” and claim to have us all figured out.

What it means to be a woman is so much more than even a woman can ever realize.

Being a woman is being judged for not being emotional enough. After all, you’re a woman – that’s what you do, right?

Being a woman is so much body image. You find yourself hating every pound the scale reflects and you’re not really sure why. When did that start? You can remember being twelve and watching the pudginess on your stomach jiggle as you shuddered. How wrong is that? Not the pudginess, but the feeling; the feeling that woman have to be thin and thinner and thinnest. What it means to be a woman is a perfect body, according to some horrible soul crushing “them,” but the problem with that is what it actually means to be a woman is loving ice cream and pizza and eating in general just as much as men do. Being a woman means fighting this battle every day, through every meal, through every slice of pizza you wish you could eat. You are learning to be ok with your body, and you think it might be one of the hardest battles we have to fight.

Being a woman is being called cocky or vain or conceited if you’ve never hated yourself at least a little bit.

Being a woman is wanting to be just thoroughly gross sometimes. Where did the whole “women must be polite and men can be gross” stereotype come from, anyway? It’s great to be refined, but sometimes there’s nothing “ladylike” about the way you’re feeling. After all, you’re just a fucking human. You want to fart and burp and scratch your ass. You want to pull your thong out of your butt in public and not get weird looks for it. You want to be able to look hot and also look sweaty and nasty and not be judged for it. Guys can be smelly and “natural” and it’s just a thing. Girls act like that, and it’s a media crisis.

Being a woman is just wanting to be, whether that’s gross or lazy or comfortable. We just want to be.

Being a woman is being fucking crazy, apparently. Men think if they get involved with you then they have to cut off all contact when they’re no longer romantically interested or else you’ll think they want to marry you. Being a woman might be easier if we all just played into this stereotype, we think. We could run around cackling and crying with crazy looks in our eyes, running through the streets wielding our mascara brushes and crazy feminist ideas. They want us to be crazy. Fuck it, that sounds way more fun anyway, doesn’t it? What it means to be a woman is being fucking crazy, but not in the way men portray us to be. After all, aren’t we all a little crazy?

Being a woman is wondering what’s so wrong with getting attached.

Being a woman is wondering what’s so wrong with not wanting to get attached.

Being a woman is feeling guilty for ever feeling badly about who you are, because you know some women have it so much worse. You know that in some countries, women have virtually no rights. You feel guilty and sad and want to know what to do. Being a woman is knowing that you can’t save everyone, but if you keep fighting your battles, you might make a different along the way.

Being a woman is dealing with sticky, bloody inner thighs for a whole week every month and having to go about your life anyway, despite the whole bleeding profusely thing. There are also horrid cramps, mood swings, bloating, all at the same time. You deal with these things all because the universe wanted to let you know that you’re not pregnant.

Being a woman is sometimes wishing the universe would stop rubbing the fact that you’re not pregnant in your face.

Being a woman is sometimes wishing against everything that your period will come, because if it doesn’t – sometimes there are no words.

Being a woman is bleeding every month because of the potential for new life, yet still being made to feel gross and ashamed for having blood pooling between your legs. Where do they think they came from, anyway? You bleed because the universe is reminding you, “If you want, you can create.” And let me tell you, there is nothing gross or shameful about that.

Did a women ask you to touch her body? Then how was she asking for it?

Did a woman tell you no? Then how did that mean yes?

Being a woman does not mean you lose some basic human right of making your own choices. Just because physically men and women fit together does not entitle them to try without permission.

Being a woman means sometimes forgetting that that’s what we all are. Women. We’re all fighting similar battles when it comes to our gender, and yet we still feel the need to insult each other, compete with each other, belittle each other. If we’re all fighting the same battle – shouldn’t we all be in this together? We act tough and strong and defiant but at the end of the day, we’re all just trying our best. Being a woman is learning to recognize that in each other, and letting it bond us rather than drive us apart.

Being a woman is knowing that you are really not that different than a man, and wondering when the world will finally see that.

Women are sick of being told there is only one way to be. Woman does not mean doll. Individual does not have exclusively the word men next to it in the dictionary. Being a woman can just be you, in any way you want it to be. You don’t have to feel one way or another. Hell, you don’t even have to know what being a woman means to you. You don’t have to be anything, except your glorious, imperfect self.

We’re not superheroes. We’re just like men , because we’re all just people. We’re human beings just trying to get by. We can be emotional but we can also be strong; we can be needy but we can also be independent as hell. We can be so many things, and let me tell you something: there’s nothing wrong with that.

What does it mean to be a woman? Anything we damn well want it to mean.

Read this: 13 Girls On What Men Will Never Understand About Women
Read this: I Just Said What Every Other Woman Is Thinking
Read this: An Open Letter To Every Boy Who Doesn’t Want A Relationship Right Now
About Women battle of the sexes Gender Gender Equality Womens Style Writing & Expression

Being A Man Is Harder Than You Think: 50 Men Explain Why

Thought Catalog Is Starting To Bother Me

We Can’t Forget That Men Should Be Allowed To Be Emotional, Too