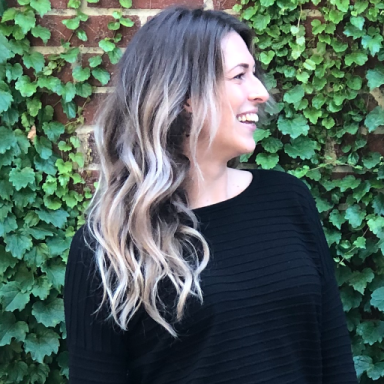 They didn’t respect me. If they did, they had a funny way of showing it.

They constantly said and did things that made me feel like I wasn’t enough. No matter what I did, it was never ever enough for their unclear and apparently unattainable expectations.

They didn’t let me rest or sleep in. When I rested, they said I was lazy, even though I’ve always been a hard worker.

The relationship was controlled and lacked both authenticity and freedom. Few things felt natural or easy; most things felt heavy and serious.

They always put other people before me, never even asking what I preferred or truly wanted. We would make fun plans together and they would blow them off to hang out with other people. It seemed like they never had time for me and they wouldn’t even acknowledge the times they blew me off. They did it with ease and no remorse. It was always yes to others and no to me.

They made me resent social media. I was constantly comparing myself to the beautiful women they would like, comment and interact with. Instead of valuing our alone time, they had their eyes glued to a screen, looking at all the perfect bodies, clothes, and lifestyles I felt like I could never come close to.

They were so damn worried and hung up on what career I had. I didn’t really get why it mattered, because I was paying my bills, but I kept chasing a career path that would be good enough for them and other people for whatever reason. I worked around the clock until I was physically and emotionally beat up and burnt out, all to satisfy the need to tell them I was working on this, this, this, and that. I never sat still and had nothing to show for it.

When other people would hurt me, they always sided with them. With them! Always giving them the benefit of the doubt, even though it was clear I wasn’t okay.

When I didn’t want to go to social events or do things, they made me do them anyway. It never really mattered at all what would serve me best.

They put me in dangerous situations at times that made me feel uncomfortable and unsafe.

When I would make a mistake, they would never let me hear the end of it. I never felt like I had the same leeway other human beings had when they made a mistake. Instead of forgiving me, they would make me feel small and stupid.

When I achieved something exciting in my life, they didn’t genuinely appreciate or celebrate my accomplishment. They sure did have time and energy to focus on my mistakes, though.

They didn’t pay attention to the moments when I was truly happy. If you were in a relationship with someone and you saw that something sparked a glimpse of joy in them, wouldn’t you want to encourage them to recreate that for themselves? It’s almost as if they enjoyed sabotaging any happiness I experienced.

They never wanted to talk anything through with me. They were constantly looking to other people for advice and guidance, when all along I knew I could’ve helped. It made me feel invisible and like my thoughts, feelings, and opinions didn’t matter.

They never let me wear what I really wanted. They always made sure I was dressed to fit the part of wherever we were going. It was rare that I felt comfortable in my own skin.

They never told me that I was attractive. The only feedback I received on my body and appearance were negative jabs left and right. Never enough. I viewed physical activity as something I needed to do to be more attractive. It had nothing to do with my internal health.

They weren’t kind to my body physically, either. We drank alcohol regularly to put a band-aid on the issues we had. The drinking was destructive and almost always brought negativity to our relationship. The things we did to socialize always involved drinking and never made us stronger or better or happier. And the money we spent? I’m still trying to come back from all the pointless dollars lost during this relationship. They constantly complained about not having any money and did nothing productive or sustainable to change it.

They rarely showed me any empathy or understanding. All I wanted sometimes was to be heard and to be accepted as I was. At the time, I knew I had work to do on myself, but a little compassion would’ve gone a long way.

Even though I was so unfulfilled, I worked so hard to communicate to the world that we were doing just fine and had it all figured out. I didn’t talk to anyone about how empty I felt because I wanted people to think of us in a positive light. I took on the responsibility of what other people thought about us. That was far more important to me than what my own thoughts and feelings were.

I don’t remember the exact turning point, but I eventually decided enough was enough. I left this toxic relationship. But there were no awkward encounters with mutual friends, no returning each other’s belongings, no unfriending on social media.

This toxic relationship was with myself. And I was holding myself back. I had to let go of the nasty and toxic way I was treating myself in order to grow.

If you’re resonating with this description of a toxic relationship, why are you treating yourself like that? It’s a fair question that’s not at all rhetorical. Only when we get to the why can we address the real issues at hand.

On a scale of one to 10 (one being the the couple that drives you insane and you wonder how they get through the day without killing each other, and 10 being any couple you know that is “goals”), how would you rate the relationship you have with yourself in the following areas?

Discipline (doing things for you and only you)

Authenticity (doing what is aligned for you)

Relationships (friendships and romantic) and intimacy

In the areas where you feel the relationship and connection with yourself could be stronger, where does the toxicity come from? As you do this exercise, be kind to yourself and to the people and experiences in your life that may have played a role in your conditioning. Have compassion and understanding. We all have a story, we all have unique experiences, and I really do believe we are all innately good.

I challenge you to pay close attention to the relationship you have with yourself. Do you cherish this relationship with yourself? Do you love yourself as much as you love the most important person or animal in your life? If the answer is hell no, maybe it’s time you shine a light on that shadow.

Don’t be an enemy to yourself, be an ally.