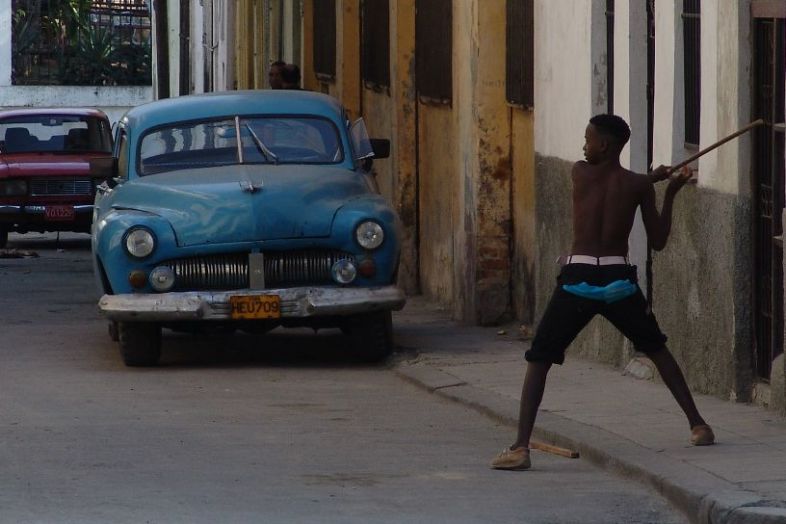 You can feel it in the air. It’s October, the month of magic and heroes when the best (and luckiest) players in the world compete for the chance to be crowned World Series Champions. The change of color in the leaves, the crisp autumn breeze that brings about a shiver, and the sound of a bat hitting a fastball right before it flies into the stands…that’s October.

Baseball is the real sport of the USA. Football might be more popular these days and basketball has a frenetic rhythm all its own but nothing captures the soul of the country like baseball. Just look at the movies: Field of Dreams, The Natural, Bull Durham. They’re classics. It’s a simple fact: Baseball is an intrinsic part of the US. And almost since the beginning, Latinos have been an intrinsic part of the sport.

Today it’s easy to look at a team and see Hispanic superstars. The MVP of the last two years in the American League is Venezuelan-born Miguel Cabrera. Robinson Cano, Felix Hernandez, and Albert Pujols are some of the most famous players on the West Coast. Yasiel Puig, Yoenis Cespedes, and Giancarlo Stanton are part of an electric future in baseball. And now that Jeter is retired you could make an argument that the face of the sport is Big Papi David Ortiz, especially after the emotional, whirlwind 2013 season in Boston (as a Yankees fan, it hurt to write that).

And what do we see when we look at the recent past? Mariano Rivera (Hallowed be thy name), Pedro Martinez, Edgar Martinez, Bernie Williams (my favorite player) and many more. According to the official statistics from MLB, 27% of ballplayers come from a Hispanic background.

The quality of Latino players is nothing new. If you’re from Pittsburgh or a big fan of the game, you have to know about the best Puerto Rican batter and one of the best of all time, Roberto Clemente. His professional career is like something out of a novel. From 1955 until 1972 Roberto Clemente made it to exactly 3,000 hits, played excellent defense to earn 12 Golden Gloves, participated in 12 All-Star Games, 4 times led the National League in hits, and in the end died in an airplane crash loaded with emergency supplies destined for an earthquake-struck Nicaragua on a mercy mission. Besides a statue in the stadium of the Pittsburgh Pirates, MLB honors him with the Roberto Clemente Award which is given to the player most involved in charitable acts and organizations. That is the kind of role model we Latinos have in this sport.

But that legacy stretches back even further into the past towards baseball’s Golden Age. Did you know that a Hispanic pitcher played right next to Babe Ruth? Vernon “Lefty” Gomez, the son of Mexican parents in California was one of the best pitchers of his time and won 5 championships next to the Babe in the 30’s.

And as part of the fabric of the United States, Hispanics have also been the victims of the racial crimes of the past. Like African-Americans, Latinos of color played in the Negro Leagues before Jackie Robinson broke down the color barrier in ’47. Pedro Cepeda, Luis Tiant, Minnie Minosa and uncountable others had the talent to be part of the MLB but were born at the wrong time. Cubans, Puerto Ricans, Mexicans, and others played next to the giants of the Negro Leagues like Satchel Paige, Josh Gibson, and of course, Jackie Robinson.

Now that we’re in the homestretch of the postseason I wanted to reflect a little on the place that Latinos have in the game. Baseball and sports in general sometimes seem to be the only place which is still a meritocracy. The only way to move forward is through one’s own talent and willpower. In that sense, it’s the ultimate expression of the American Dream. And just like the US in general, we Latinos have been enriching it since the beginning.

25 Struggles Of Being A Soccer Fan In America

Unpopular Opinion, Things Are Getting Better For All Minorities And It’s Time We Admitted It