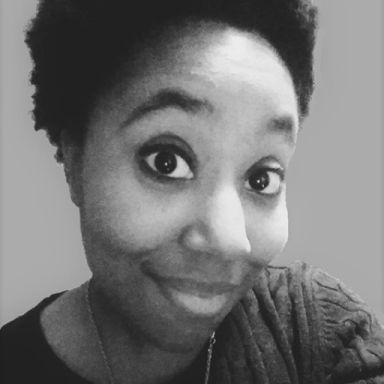 A few years ago, I lost my best friend to a drug addiction.

It didn’t come out of the blue. She was experimenting with drugs in middle school, before the rest of us even knew what drugs were. While we were worrying about social studies homework and what to wear to the Halloween dance, she was popping pills out of the secret stash she kept in her bedroom.

Things got better in high school, but they also got worse. She stopped using drugs as a coping mechanism to deal with the bad stuff in life, and started using them to have fun instead. By this point I was one of those anti-drug kids, but I never let it affect our friendship. I was only late to class twice in all four years of high school- both times it was because I was in the bathroom at 8am helping her shake off the Xanax and drag herself to homeroom.

Looking back, I can see that the gap between us was growing this entire time. Things were fine when we were together, which was a lot- she slept over at my house more often than she stayed at her own, because my parents actually cared how she was doing- but whenever we split up to see our other friends, it was like we went off to two totally different corners of the universe. My circle was the theatre kids and the computer nerds. Her circle was the stoners and the older dropouts that supplied them. We were a long way from the days when we planned to move to New York City together and become glamorous career girls with hot celebrity boyfriends and the perfect apartment, that was for sure.

We saw each other less and less after high school, but we still considered the other one our best friend. Even when I spent the entire first semester at college feeling like a loser because I was the only freshman who didn’t smoke weed or even drink, and she spent it sitting around the house back in our hometown because she got high and forgot to go to her program’s entrance exam, we were still best friends. Of all the people in the world that we could’ve called to commiserate about our vastly different situations, we still called each other. And whenever we actually did have a minute to see each other, it was like we never missed a day.

Never once did it occur to me that I’d ever lose my best friend.

Even though the signs had been there since we were thirteen years old. Even though she’d been flaking out on plans for a solid year because at any given moment she was too fucked-up to leave the house. Even though mutual friends had complained that she’d gone from being a party girl to being a junkie.

On the day it finally happened, I was blindsided. Even though I shouldn’t have been.

I’d broken up with some dumb guy, and I was taking it as badly as you do when you’ve just barely stopped being a teenager. Crying and near-suicidal, I called my best friend. She promised that she’d come over and stay the night, just like old times, so I wouldn’t have to be by myself. She said she’d call me as soon as she got out of work that night, to say that she was on her way.

She never called me back. She never came over. That was the last time we ever talked.

She didn’t overdose, by the way. She just decided that getting high was more important to her than our friendship.

To tell her off and demand an apology? To cry and tell her how much I miss her? To let bygones be bygones, act like nothing ever happened, and catch up like it had only been a week or two?

It wouldn’t be the same, and I know it. Even though she’s still alive, I still lost her.

The girl who I could count on to be there for me, through thick or thin, any time of the day or night, no matter what was wrong, is gone.

There’s a new girl now, and all I really know about her is that she likes to do drugs. And maybe someday I’ll meet her and realize that I still want to be her friend.

But most likely, I’ll never be interested. Because all I’ll be thinking about is that I lost my best friend in the world to a drug addiction.

Ask me how many movies I can flawlessly quote from title to credits. Follow Bryanna on Instagram or read more articles from Bryanna on Thought Catalog.

Enough Is Enough, We Need To Treat Opioid Addiction As A Mental Health Crisis

Addiction Will Take Your Life And Those Around You Too

The Importance Of Forgiveness And Drug Addiction