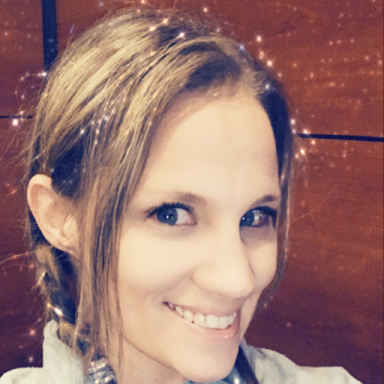 There’s not a bone in my body that wants to forgive you, but that doesn’t mean I’m not capable of it. You don’t deserve my forgiveness in the slightest, but I’m not forgiving you for you, I’m forgiving you for me.

I’m forgiving you so I can sleep at night without fear. The amount of physical and psychological damage you did to my life is unexplainable. Anything and everything you put me through are things I wouldn’t wish on my worst enemy. It is inexcusable.

I’m forgiving you so that I can leave this in the past and no longer allow it to affect my future. You’ve had too much power over me for so long and it’s coming to an end. You’re never going to change or own the fact that what you did was wrong, so I’m doing it for you.

Because I know if I don’t forgive you, all the memories that make my stomach turn will continue to haunt me forever. Cornering me in the bathroom and intimidating me by getting so close to my face I could feel the heat from your breath on my cheek. Instigating fights and antagonizing me until I had absolutely nothing left in me to argue anymore.

Yelling and screaming at me while I was severely ill, telling me lie after lie and genuinely believing it was okay, cheating and blaming me for everything wrong in your life. I’m done allowing the memory of you to consume my mind.

I’m forgiving you because I know what it’s like to have demons, to have a past that still haunts you, and to battle mental illness, but the thing is, you’re sicker than I ever was or will ever be.

You’re so unhappy with your own life, that you had to stain mine. You staged prescription medication all over the floor and then proceeded to call the police reporting to them I overdosed. All because you didn’t want me in our apartment that night for some reason, and the reason doesn’t even matter anymore.

You put a mark on my background so that potential jobs I wanted may not hire me because of a psychiatric history. And even though the hospital I was taken to found no evidence of medication in my body and completed a domestic violence assessment, the initial reason for bringing me to the hospital was an overdose and that is on record permanently.

And then the day came when you woke me up by taking a pistol and smacking it on my thigh. You held it to my head while I pleaded to you to cover my dead body to spare my family seeing their little girl like that.

Thankfully, I was given a split second to make the decision to live or die and I chose to live.I booked it out of that apartment so fast I didn’t care what was left behind.

I ran with one slipper on, no cell phone to call anyone because you had stolen both my personal and work cell phone, to the police department a few miles down the street.

I ran faster than the speed of light and when I got there, I collapsed on the floor and officers called my family.

The last text message from you was “never bye, believe that love, never bye…” which has been permanently stamped in my memory.

Looking back at it now, I don’t know whether I am more resentful at you or law enforcement and judicial system for not helping and forcing me to jump through every last hoop possible to obtain a restraining order against you.

But I have forgiven the officers and judges I encountered throughout my rollercoaster in hell.

But you knew they weren’t going to do much, didn’t you? You knew the laws without having to look them up because of the amount of times you’ve been arrested for domestic violence or related offenses but never convicted because we were all too scared for our lives.

Finally, I was no longer scared and fought for my right to live my life the way I wanted to. Endless battles in and out of courtrooms became exhausting but there was never a thought in my mind to drop the charges no matter how exhausted both mentally and physically I was.

I can finally say I completely and truly forgive you. You are a sick, twisted, miserable person and I feel sorry that this is how you choose to live your life.

After everything you put me through, I overcame it all and gave myself peace of mind. Rather than hold onto these poisonous resentments, I am setting them free so I can live as normal of a life as I can. This is my final goodbye, have a nice life.