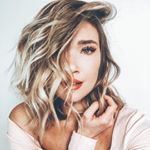 I started getting acne when I was 15. I was on my high school’s swim team, and one day after practice I noticed that my cheeks, chin, and back were covered with enormous cysts.

Being on a swim team and having acne isn’t easy – pretty much every part of you is susceptible to scrutiny from the rest of your teammates. And makeup only lasts about the first ten minutes of practice.

While other girls were worried about their small boobs or their teenage cellulite, I was trying to figure out how I could get my hair cap to cover my entire face. It didn’t work.

But Accutane did. I started Accutane when I was 16 and had incredible results. My skin stayed clear until I was about 21, and then the acne came back in spurts. I would go through periods where my skin would be clear for the most part, followed by months of bumps and cysts.

This went on for a few years, and then I turned 25. Slowly but surely my acne came back with a vengeance and has hardly responded to just about any kind of treatment I’ve thrown at it.

And this acne is the hormonal kind – the big, painful cysts that appear on your chin or cheeks and last for not days, but weeks at a time. The kind that leaves a permanent dent on your self-confidence and makes you eerily aware of every eye that passes over your face. Are they looking at you, or are they looking at that huge orb that’s chilling on your chin?

The worst part about having acne in your mid-twenties is the misconception that this is the time of your life when your acne is supposed to go away so you can worry about ‘adult’ stuff – you know, finding a job, buying a house, getting married. Adulthood is supposed to be stressful, but not because you can’t leave the house without makeup on.

Rather than running straight to the dermatologist like I did when I was 15, my 25-year-old self decided to matters into my own hands. I did extensive research on the causes of hormonal acne (surprise: hormones) and how people were treating their acne without pills and creams.

So many people claimed that acne was a symptom of something much larger going on with the body, like a leaky gut or an allergy. And being the hypochondriac that I am, I could live with that answer. I started juicing daily, I cut out gluten, dairy, and alcohol, and I commenced to live more healthily than I ever have before. But guess what? My acne didn’t budge.

But for so many people, solving their skin issues isn’t as easy as removing something from your diet. And that can often leave us acne sufferers feeling as if the acne is our fault. Like maybe in our past lives we did something awful and this is karma’s way of getting us back. Or maybe we just aren’t good enough for clear skin.

The thing is, your acne has nothing to do with who you are as a person. The bump on your left cheek isn’t revenge for that time you stole $5 out of your grandma’s wallet. It’s because your body – your unique, precious, one-of-a-kind body – is genetically different than anyone else’s in the world.

And, yeah, maybe your genes have you set up for failure as far as a crystal-clear face goes. But what about those killer curves you have that your friends would die for? What about your thick, luscious hair that you don’t have to wash for three days and it will still look great?

Don’t get me wrong – acne sucks. I’ve literally spent days hiding my face from the general public because of some horrific pimple on my face. But if there’s one thing I’ve learned as a result of having acne as an adult, it’s this: It’s not the end of the world, and it doesn’t define who you are as a person.

And I can say that, because I have acne.

I have a respectable bookshelf.