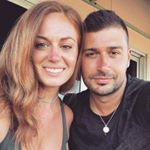 The happiest and saddest experience: having a sibling with a disability

A blessing, a burden, a brother—a lifestyle that seems so foreign to most, a topic that seems too taboo to be publicly resentful of.

The first fight I ever witnessed was between my younger brother, Michael, and another boy at our community pool club. Michael, much smaller than his opponent, had much more courage than I possessed. I think something inside of him broke that day. I am surprised how long it took.

We were both very aware of the stares, the comments, the general angst when we were out in public with our older brother, Christopher. It always hurt, but we would succumb to our usual mantra. “They are ignorant,” we would say. Were they? I wondered. Or were they fearful? Were they laughing? Were they thankful it weren’t them walking alongside him? I didn’t know, but it haunted me.

That summer afternoon, Michael had challenged the usual stares of a much older boy. A fist fight ensued. Because of that, I, too, wanted to advocate for my brother. Luckily for Michael, he got away with only a few minor bumps and bruises; luckily for me, I was awakened to a better, braver version of myself.

No one prepares you for the difficulties of living in a household with a sibling who requires so much attention. How could they? How could anyone articulate the fine line between the guilt and the anger that comes along with such a particular familial dynamic? The answer is, they can’t.

Family vacations were out of the question: Chris wouldn’t fly. Dinner out with Mom was nearly impossible: Chris needed her home. A quick ride to a friends house was not feasible: it would take 45 minutes to get Chris into the car.

Life with my big brother was hard. Adhering to our day-to-day life always presented itself with new challenges and new frustrations. However, even on the worst days, knowing what I do now, nothing could ever be as hard or empty as living in a world without him.

Although it may seem obvious, he has taught me to live with an open mind and an open heart. Without even trying, Chris, by default, has the most Christ-like soul I will ever know. He makes me want to be better. He inspires me to want more, simply because I can have it. He allows me to appreciate the little things, because he appreciates them.

Although life sometimes felt impossible, now, at 29 years old, I have realized it could always be worse. I have learned to embrace the hardships and have taken a very particular interest in living my life with a positive attitude. Chris will always be the love of my life; Lucy from 7th Heaven will always be the love of his. My only hope is for others to appreciate all types of differences for what they can teach us.