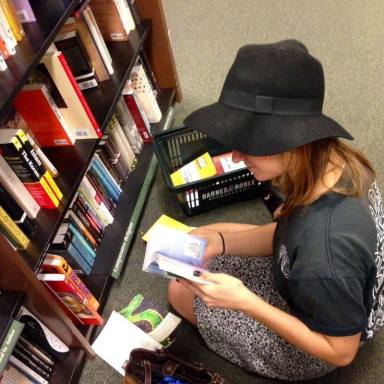 Trigger Warning: The following article discusses sexual assault and may be upsetting to some readers.

The day after I went to the hospital to get a rape kit, I found myself in the waiting room of Planned Parenthood.

At the insistence of my best friend, I had already taken an emergency contraceptive because I wasn’t on birth control. I didn’t remember my rape, and I didn’t know if my rapist had bothered to use protection.

He took over my body, why would he have?

I have never been to a Planned Parenthood before but I have heard of all the services they provide. And most importantly for me, there was no judgment. The nurses were compassionate, and pro-women.

I’m embarrassed to say, I didn’t really know a lot about sexual health and protecting myself. My high school health class taught abstinence is the best form of protection, or if you do decide to have sex, use condoms.

There weren’t many questions:

Were you sexually active?
How many partners?
Were you being safe?

General stuff, other than that, there was no further discussion. You got your pills, and you were out the door.

As someone who travels often, the pill was never a good option for me. I first started taking it at night, but more often than not, I would never be home at the same time each night. This would sometimes lead to me forgetting altogether, and frantically popping it in the morning. More than once I would be away for the weekend and realize I forgot my pills at home. Nothing like a surprise period when you’re on a school trip eight hours away.

It didn’t take me long to realize this wasn’t a reliable form of contraception for my lifestyle. I was more likely to get pregnant on the pill than I was off the pill, I thought.

You can’t really answer “kind of” when a partner asks you if you’re on the pill.

I know many women set alarms so they remember to take their pill at the same time every day and they keep it in their purse. I am a forgetful person in general, so I didn’t want to have to worry about it every day.

The point of sexual health is it’s a personal thing, you have to do research, factor in your lifestyle, choices, and history, and choose an option that works for you.

What works for your best friend or your roommate, might be a nightmare for you.

Neither of you are wrong.

I was also offered the Depo-Provera birth control shot, which lasts for 12 weeks. However, I was told by the nurse practitioner at my university health center that the side effects with the shot could be more intense than the pill, and once you receive the shot, you can’t reverse the effects until the injection wears off. No, thank you.

According to rxlist.com, one of the possible side effects of Depo-Provera is new or worsening depression. As someone who has suffered from severe depression for over a decade, this is not a risk I was willing to take. Ultimately I decided the shot, too, wasn’t for me.

As I only had access to those two options under my health insurance, for a long time, I wasn’t on any contraception.

It wasn’t until I experienced sexual assault that reality hit me that I would be in no position to handle a pregnancy at that point in my life.

At Planned Parenthood, they first asked me if I went to the hospital, had a rape kit done, reported the rape to the police. Yes to all of the above.

They offered me the morning after pill and conducted an STI screening.

Afterward, they went over every option of contraception, including the pill, the shot, an implant in your arm, and an IUD—copper IUD, also called Paraguard, or hormonal IUD, also referred to as Mirena, Kyleena, Liletta, and Skyla, according to PlannedParenthood.org.

“What will close up shop for the longest amount of time?” I asked the nurse practitioner.

It is not something I wanted to worry about every year, and I didn’t see myself wanting children in the near future.

I decided to go with Paraguard, as it prevents pregnancy for up to 12 years, doesn’t contain hormones. If I decided in the future that I did want to have children, it’s completely reversible. You just go to your doctor and have it removed. You are able to get pregnant as soon as it’s removed.

According to Planned Parenthood, the hormonal IUDs are effective anywhere from three to seven years.

The IUD is placed through a speculum and inserter to place through the uterus and into the cervix.

“Sperm doesn’t like copper, so the Paragard IUD makes it almost impossible for sperm to get to that egg,” the PP website reads.

I know a lot of women are concerned about IUD insertion being painful.

Going into the appointment, I had that in mind, but I told myself everyone’s pain tolerances are different, and mine is pretty high.

I’m not going to sugarcoat it, it was uncomfortable, but not intolerable because it only lasts a few seconds. I think the level of discomfort was partly because I didn’t have anything to compare it to, to imagine what it would be like.

Insertion is quick and takes only a few seconds. I held onto a nurse with one hand and gripped the table with the other, and braced myself for what was to come.

The nurse at the clinic told me that there might be some bleeding or cramping. Planned Parenthood says this can last up to three to six months.

For me, I experienced it a day or two. For cramping, over-the-counter medicine or heating pads work well to ease the mild discomfort.

Immediately, I felt relieved after having my IUD placed, because I never had a normal period. Having suffered through severe bouts of anorexia and over-exercise, I had lost my period for a number of years. It brought me a sense of relief to know that I was completely safe and covered from unwanted pregnancy.

Planned Parenthood says that with a copper IUD, it started to work as soon as it’s in place. After insertion, a nurse practitioner explains how to check if it’s still in place, as it can potentially move out of place for up to three months after insertion. This initially freaked me out, and I didn’t feel comfortable checking myself. I thought if I thought anything was amiss, I would go back to the doctor to have them confirm everything was good for me.

Besides the initial insertion, I often forget that my IUD is there. A lot of women I have talked to also worry that their partner will be able to feel it. I’ve never experienced this, and it didn’t change sex for me, either.

It’s important to note that while the IUD helps to prevent unwanted pregnancy, it doesn’t protect from STIs. Using another form of contraception like condoms is still always a good idea.

For women, I always encourage to talk to your doctor, do some research, and find out what method of contraception works for you. Maybe that’s the pill, maybe it’s an IUD, or maybe it’s condoms. Sexual health is a personal choice and decision, and it differs for each woman. Regardless of what decision you make about your method of contraception, no one can tell you that you’re right or wrong.

You know what works for your body best.

Brianna Kwasnik is a recent college grad from The University of Tampa. Passions include: writing, reading, attending ...

How Quarantine Helped Me Overcome My Need For Control

A Goodbye Letter To My IUD