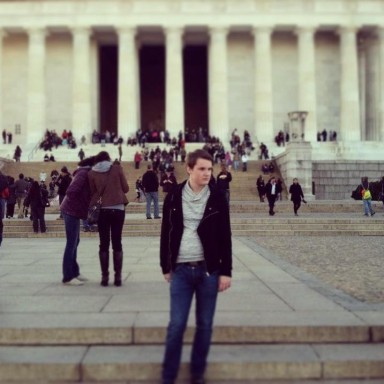 JK Rowling is at it again. The author of the much beloved and impossibly influential Harry Potter series can’t stop tweeting transphobic rhetoric. She argues she is not hateful. These messages are out of love. She loves biological women and must protect them from men pretending to be women. She loves gay kids and doesn’t want them being tricked into becoming transgender. She’s doing this because she cares.

People like Rowling depict a big, hairy man claiming to be a woman as today’s boogeyman. I’m a gay man, so I’m by no means an expert on being a woman or women’s experiences in the world. What I can say is the idea of trans women abusing cisgender women has no basis in reality. It’s trans women who are more likely to be victims of violence than the perpetrators of violence. A trans person is killed every three days in America. This number is likely far higher given that data isn’t readily available, since there’s no formal tracking of violent crimes against trans people. Reports may also deadname or misgender victims. Studies show that about half of trans people are sexually assaulted in their lifetime. Trans people of color report the highest instances of sexual violence.

Rowling’s logic follows that of people who advocated against the civil rights of other marginalized groups. Homophobes claimed proponents of marriage equality wanted to redefine marriage and destroy the family unit. Anti-trans activists like Rowling are doing the same thing today. They falsely claim trans people are trying to redefine sex or abolish it altogether.

Rowling’s argument about protecting women from trans people also has echoes from historical and contemporary racism. Men of color, especially Black men in particular, were vilified as threats to the virtue and sanctity of white women. They couldn’t be given rights because they’d abuse our daughters, sisters, and wives.

There’s no scientific evidence that suggests men exploit laws that protect trans people to abuse women. Even if a man did do this, his actions would still be illegal, predatory, and heinous. And they wouldn’t be the fault of trans people. If TERFS (trans exclusionary radical feminists) truly cared about protecting women, they’d be advocating for ending the backlog of rape kits and reforming a judicial system that often fails to arrest and prosecute rapists.

Rowling is the worst kind of “ally.” She uses her so called support for gay people as an excuse to attack trans people. She acts as if the two are mutually exclusive—yet another false binary in Rowling’s worldview. Rowling has tweeted at length that gay or lesbian kids are being coerced into becoming transgender so that they’ll become straight boys and girls. It’s the new conversion therapy, according to Rowling. She claims people want The Gays to transition so they’ll become productive, tax-paying, gender-confirming citizens. It’s not just factually incorrect, it’s patronizing. The poor gays are being manipulated by trans people and homophobes and only the cisgender straight woman can save us.

Rowling is quick to point to her lesbian and queer friends as validating her concerns. So I’ll briefly denounce her anecdotal evidence with my own. As an actual gay person (Rowling is not openly queer) who spends most of his time with queer people, I’ve never once heard of anyone suggesting gay people transition to make their lives easier and to become the straight version of themselves. In fact, this is laughable. Most young men are told to man up when we act too feminine. Women who take part in traditionally masculine activities like sports or military service often have to deal with anti-queer jokes and sentiments.

It’s worth noting that Rowling highlighting her friendships with queer people is effectively the same thing as a White person claiming to have a Black friend when they’re called out for being a racist.

If trans people were deemed better in our social hierarchy than gay or lesbian people, then why do 33% of trans people experience homelessness? Why do American states keep debating bills that ban trans people from sports or easily changing the sex they were assigned at birth? Because there is no conspiracy to change gay men into women or lesbians into men. The only conspiracy here is the one to invalidate and disenfranchise trans people.