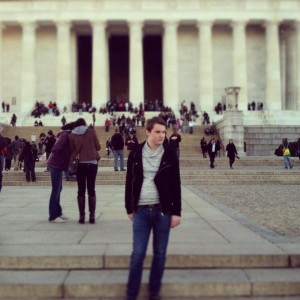 Daenerys Stormborn of House Targaryen, Rightful Queen of the Seven Kingdoms, Khaleesi of the Great Grass Sea, Breaker of Chains, Mother of Dragons. Daenerys is a woman who is so impressive that her entire LinkedIn profile is read aloud when she enters a room. Daenerys is the character many have been rooting for over the last decade. She spent the better part of the series getting actual experience of what it meant to be a ruler, a general, and a liberator. The dark turn Daenerys took in the final season, which was heavily rushed and not clearly examined or explained, assassinated her character more brutally than Jon Snow’s dagger to the heart.

Foreshadowing is not character development. Daenerys becoming “mad” is completely unjustified and falls under a very toxic trope that emotional women can’t handle power. Prior to burning King’s Landing, she had done nothing that any other heroic character hadn’t already done. She executed the Tarlys because they refused to accept her as queen. They sided with Cersei Lannister of all people and had just helped kill Lady Olenna, Dany’s ally (and the only matriarchal figure Dany was exposed to and who she only shared limited screen time with – a truly lost opportunity). There was no reason to expect imprisoning them, which goes against breaking chains, would either change their minds or yield better results. Jon Snow did the same thing to his brothers of the Night’s Watch who assassinated him, including a young boy.

Yes, Daenerys experienced significant loss back to back in the last few episodes. Jorah, Missandei, Rhaegal. But there’s no valuable reason given that this drove her insane. She was upset and in mourning – two very natural reactions. She lost people before. She saw her brother die in front of her. She mercy killed her own husband. Ser Barristan Selmy died fighting her enemies. And she witnessed Viserion fall in her first battle with the Night King and then fought Viserion’s reanimated corpse. It seemed the men around Daenerys decided that her emotional reaction to loss was dangerous and made her unstable.

Jon Snow watched his brother get shot with an arrow and had an emotional reaction that upended his army’s strategy and nearly made him lose the Battle of the Bastards. No one questioned Jon’s sanity then.

Nothing Daenerys did in Essos showed her wanting to do anything but break the wheel of oppression. She conquered Qarth, Astapor, and Yunkai – breaking chains and amassing an army of volunteers. After conquering Meereen, she stayed and ruled as the city’s queen to ensure the liberation she and the Meereenese people fought for was secure. Her violence and dragon fire were reserved for those who committed atrocities – slavers who crucified children and domestic terrorists who killed newly freed people. She doesn’t execute Jorah, her close advisor, after finding out he sold her secrets. She exiled him. To make peace within her city, she even agreed to marry a local nobleman she despised as a symbol of the city’s old and new world coming together and moving forward.

She put her entire war for the Iron Throne on hold so she can help Jon Snow battle the Night King. She realized the greater good is at risk and acts accordingly. Sansa wouldn’t have a North to reign over if it weren’t for the dragon queen. The show puts two empowered women against each other for limited dramatic effect.

Even the attack on King’s Landing can be justified. As Daenerys tells Jon, all she has in Westeros is fear. The people don’t love her despite the fact she was a big part in their salvation. They applaud Jon for riding a dragon despite the fact she raised that dragon and two others and had been flying on a dragon’s back for years. Daenerys needed to make a strong show in King’s Landing to reign. Jon and Tyrion were willing to let those same people starve in a blockade because of an illogical expectation Cersei would eventually surrender. And unlike in other cities Daenerys liberated, these people didn’t rise up to join her. They huddled with their tyrant who used them as human shields. Her mercy was for future generations. It just came at a high cost.

From one angry queen to another, you deserved better, Daenerys.

Sorry GOT Fans, Daenerys Targaryen Is A Sociopathic Prodigy

Brett Michael Nolan is a writer living in Washington, DC. He's passionate about communications, politics, and happy ... Follow Brett on Twitter or read more articles from Brett on Thought Catalog.

Sorry GOT Fans, Daenerys Targaryen Is A Sociopathic Prodigy

What Your Favorite Game Of Thrones Character Says About You, Part 1