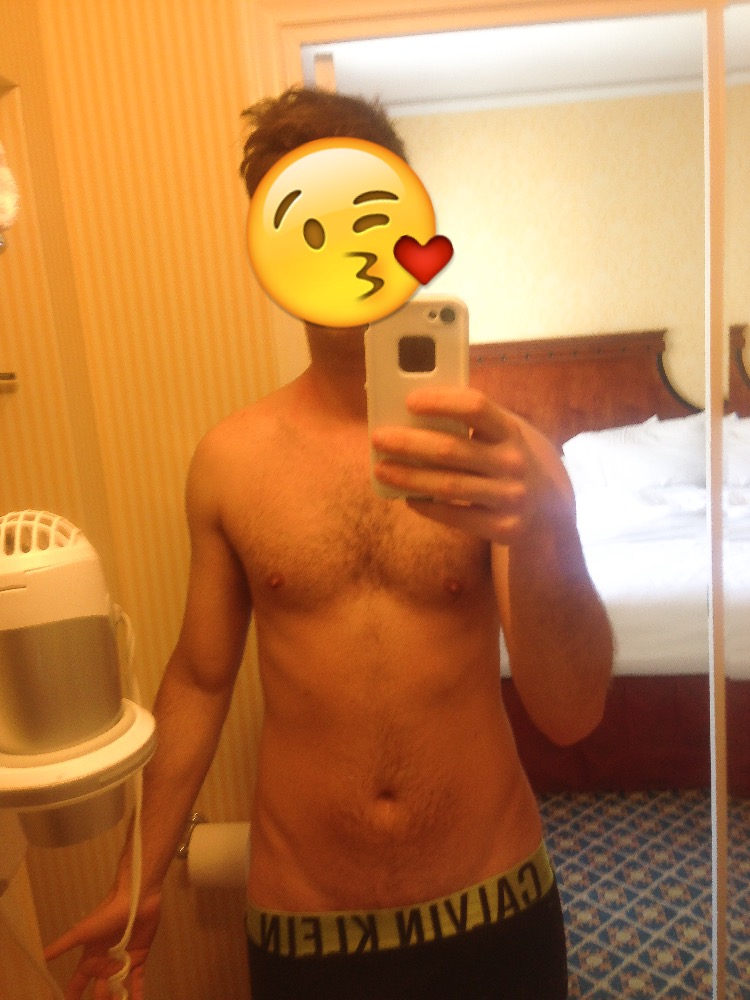 After realizing I wasn’t cut out for full-on, red-light prostitution, I sought a loophole. Surely, I thought, escorting would help me satisfy my dirty conscience while keeping my hands relatively clean. Not so. So fellas, read up, because being a paid “companion” is, usually, a lot less fun than it (kind of) seems.

Ugh, this one really sucks. Nothing ruins a perfectly decent fake-date like the cops (or, worse still, your dad) finding out about it.

First off, you have to find someone who’s willing to pay to watch you eat lunch while you sort out all the details of your arrangement. Guys like this are like Easter eggs—hidden in bushes, under rocks, and on the “Strictly Platonic” section of Craigslist. Once you read “White guy new to the area’s” journal entry, you have to pen him one back detailing how you’re also looking for someone to travel, go to the beach, and maybe workout naked with. Then you have to listen to the weird piano recordings he sends you. (Seeking Arrangements is probably more efficient, but I’m already using my one good photo on LinkedIn, and I’d rather not endorse “sex work” as a skill until I’m absolutely positive my psychology degree isn’t going to pan out.)

3. The “clients” are all super paranoid.

After initial discussions, you have to spend yet more time reassuring your prospective client that you’ll be discreet and that no one will EVER find out about your as-yet-to-happen tryst. As if you’d actually want that yourself. At the point at which they agree to meet up, they’re still too scared to send a photo of themselves or any reliable contact info. So now you have to find someone in a crowded restaurant or bar without a fucking clue as to what they look like or how to reach them, which isn’t at all fun. These guys will call you on restricted numbers so their wives don’t find out, and then you’ll be stuck playing pervy Where’s Waldo while you cruise from table to table in search of gay Mr. Warbucks.

When searching for your client at the designated meet-up spot, the safest bet is to mosey on over to the guy in the ill-fitted button-down with the greasy grey comb-over, mustache, and the anxious expression any sexually frustrated 65-year-old wears when he has a vicious half-chub. Basically, the guy who looks like he’ll gladly respond to “daddy” is probably your guy. Wait until you make eye contact before you pull out your dainty wave and walk over. At that point, he’ll stand up and quietly call out your bogus name while his hard-on goes full Kennedy and shoots through your head.

I’m not a professional. I’m not a 10. I’m not fortunate enough to be one of those boys who’s always at the center of any Republican governor scandal. The guys I go out with are sad, lonely men who desperately want to impress me, and that means they’re going to ramble. Listen to them explain their entire 30-year career while they simultaneously redact anything of substance because they want to keep their identity a secret. Oh, totally interesting! Madrid is really beautiful?? I HAVE to go??? No way! Who knows, maybe he’ll even take you to the Prado if you can make it through a few more of these very exciting “dates.” Do yourself a favor: stretch your neck and order the most expensive item on the menu, because you’re going to be doing a lot of empty nodding over the next two-and-a-half hours.

6. Putting a pricetag on yourself is as awkward as you’d think.

*Financial conversations* are always the hardest ones for me to broach, so, naturally, it was extremely awkward for me to designate myself a starting value the first time around. What if I was undervaluing myself? Or, worse yet, what if he genuinely thought I was OVERvaluing myself? Throughout my time as a now-and-again escort, I haven’t made much, and I attribute this to poor communication on my part. While the agenda surrounding our meal is never forgotten, I just don’t like coming off as greedy and unappreciative by asking for a stipend once he pays the check for a meal I made sure was lavish.

Tie him up and tickle him? Priceless.