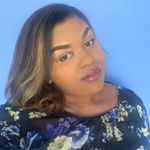 There I was sitting in the middle of a graveyard in a car with branches sticking out of the front and my 10-year-old cousin sitting in the backseat screaming. Police sirens were all around. Blue and red lights lit up the night sky. My boyfriend had led the police on an extreme high-speed chase through the city, plunging the car into trees, wrecking the tombstones of those resting peacefully, and left us there scared and confused. What was I supposed to do? I could sit and wait or I could drive home trying to dodge law enforcement on the backstreets. I chose to go home. I was shaken up pulling into my garage brow full of sweat and face wet with tears. I had no idea what would happen, but in the safety of my house, I could exhale.

That moment of rest bit was short-lived. Problems with the police don’t just disappear, especially in Wyoming, MI. The end results, a felony, $5,000 in fines, and probation for two years. If that wasn’t enough I had to endure embarrassment, social restrictions, and professional stigma that would seemingly follow me for a lifetime. Yes, you read that right—me. I took the wrap for him. I pled guilty to the charges without a struggle because I was committed to our relationship. I was a silly little girl begging for love from someone who couldn’t provide the love I’ve needed.

The relationship lasted about eight months after that incident. Incredibly, the end of the relationship pierced my soul deeper than any incident ever had at that point. I felt empty, desperate, unloved. I was willing to submit myself to countless acts of mental and physical abuse, humiliation, and tears just to say that I belonged to someone. To feel like I was special. It’s better to be loved than alone, even if the love hurts. That’s a warped philosophy that so many women have. A dangerous place of insecurity, neglect, and self-preservation. I was there for so long, but there came a time when it was unacceptable to stay there. The moment when I was willing to lose all of me, in order to please him, and he was willing to let me. That is not love. That is self-hate.

Suffering in these situations is never your fault. But finding your way out of them is your responsibility –a harsh reality no one wants to hear. I didn’t want my friends to convince me to get out, I wanted to convince them he was good. My mother couldn’t drag me out, no matter how hard I tried. It wasn’t until I decided that enough is enough that life began to change for the better. First, it was excruciatingly hard. Every time my phone rang I would leap to it hoping it was him! And when it was I would answer. I would entertain promises, apologies, and pleas to have me back. Sometimes I would show back up to his front door for a reunion. But over time I got stronger. I blocked his number. Time healed old desires.

I was left with me. Just me. She was battered, her soul beaten, her mind defeated. And deep down inside I was still looking for the love that left an even deeper void in my heart. There was a choice to be made, go after the same dude with a different name and face begging for love, or begin to love me. I chose myself. And it changed my life. Was it hard—yes. Was it worth it—absolutely.

Some so many women need to start loving themselves instead of searching for the love of another to heal them. Maybe you are one. You probably know one. Not all of them will be in abusive relationships with others. They won’t all get verbally attacked by a man. Every woman who lacks self-love doesn’t appear to be broken. But deep on the inside, she abuses herself, she speaks badly about who she is, and she’s convinced that her broken heart will never be healed. What that woman doesn’t need condemnation for choices that she’s made. She doesn’t need side-eyed looks and murmurs behind her back. On the contrary, she needs encouragement. She needs to know that it’s possible to make it out of the worst moments of her life. I want her to know that the mistakes she’s made don’t disqualify her from living the future of her dreams.

This article isn’t a how-to guide. It’s a love note to you. To the woman who needs to start loving herself more. I think you are worth loving. I think your life is worth living. I believe that you will be surprised by how good it feels to love yourself. You’ve given you a way to so many of the wrong people and things. Don’t you think it’s time to start cherishing the best parts of yourself? I do! I love you and I pray that you make this year the one where you decide to stop begging for love for me, food, drugs, alcohol, bad friendships, or whatever your vices may be, and begin loving yourself. It’s so worth it, and so are you. I know I’ve been there.