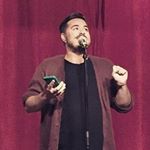 I’m sitting in Scranton and have decided within 38 minutes that I don’t like the way it smells or speaks. I wouldn’t want to date this city. I don’t want to vacation or spend any length of time here beyond this bus station layover. But I could be wrong. I do worry sometimes that my first impression of a city could have more to do with my mood than its presentation. Perhaps I’m missing something beautiful or wonderful about the city one of the biggest sitcoms in history uses as backdrop—if only I’d just let it take me out to dinner. If I’d give them a chance.

Most recently, I’m getting out of a long-term relationship with Orlando—not the theme parks as much as the coffee shops. We parted ways not because I didn’t love them but because it was just time to move on. We felt we had learned everything we could from each other, and when I visit, we always smile and hug. I watch them on social media and truly love seeing them continue to evolve without me. That’s the ideal way to break up with any place.

I’ve been dating Las Vegas for about a year and a half, and truthfully, it took me a long time to get to know them. To get to that stage where I could leave a toothbrush in their bathroom. Even after a year and a half, they still have walls up. They want me to believe the bright lights are really who they are. I find myself up late at night, staring at the Stratosphere from my balcony and asking in a whisper about the secrets they’re holding back. About the pain they keep in underground tunnels packed with displaced people and secondhand bookshelves. The ones that are swept away every time it storms. I want to ask this desert if it truly misses the rain, but I wonder if Vegas would appreciate the joke or just roll their eyes and ask me what I want for dinner.

I’m hesitant to tell them about Seattle. To let them know I’ve been talking to another city. I don’t want them to think it’s their fault, but it’s hard to say if Las Vegas is even capable of experiencing heartbreak anymore. If that sort of emotional ache is just a hangover in wake of high-pitched slot machine dings, sequins, and smiles. Las Vegas always wants you to think they’re fun. All the things they don’t want to tell you are buried somewhere in the canyons surrounding the valley. But that part of their past has never scared me.

Seattle does seem nice. The harbors and art. The way they are self-aware enough about their own feelings to know the gloomy weather is the reason their best exports are caffeine and grunge rock. The way heavy metal vegan food makes them the quiet, edgy cousin of New York City.

Because I do know them, New York City. Not well, but we’ve slept together several times. I’ve navigated below their surface and stood in the street, wondering why everything was so expensive. Never certain if they were trying to impress me or keep me out. I’ve asked them when I could stop walking and why it always takes no less than 50 minutes to travel three miles together. I begged them to take out their trash and do something about the grime. But they’re an artist who cannot be tamed and must be left as they are to thrive. I understand that now. New York will always be an interesting experience but a notch in my bedpost I can carve no more than once a year. Because they’re a city that will teach you something new every time you lay down with them, but for me, they have never felt like boyfriend material.

The way I got to know every back road of Orlando, it took a decade. It’s hard to say if I could have fallen in love with them if I’d only given them the first date or one-night stand treatment. If I’d only seen one terminal of their airport or ridden the Tea Cups at Disneyworld. As if I could base my potential passion for a place or person on one cocktail or coffee. I could go through a list of places I’ve had layovers and momentary experiences with, like my weekend in Paris where I got yelled at for not having a cigarette. Getting lost in Amsterdam because they had the best drugs. Watching the seals in San Diego and swimming naked in the Pacific. Spending an entire semester with London but for some reason not being able to stop thinking about going home, wherever that is.

While I’m searching for The One, the city, I know when I think of home it’s a three bedroom, two bath in Southwest Florida where I talked to boys on the phone all night and hated math. It’s beaches and Publix and alligators in every body of water. An in-ground pool in the backyard and fresh oranges at every house on the block. But when I go there now, the fruit trees have been cut down and there isn’t a landline. There’s sand in my dad’s car, but he’s too tired to take out the boat. Home becomes less like home every day and feels like I’m looking back on my first relationship, only to realize it was never real at all. That my first connection with a place exists only in memories.

It makes me wonder when it started becoming real. When the stakes were raised and the passion was mutual. Maybe in college, with Tampa. Perhaps they felt the same burning desire for me as I did for them when I set out on my own to sign a lease for the first time. Venturing out alone and ready for adventure, or perhaps I was always just a dumb kid to them. Because if I stop romanticizing the hunger, I start to remember they let me forget to pay my bills and rent, let me live in the dark with cold water and miss a lot of my classes. But Tampa made me into the type of adult who was ready when Orlando came along. The way Orlando made me ready for Las Vegas, and Vegas has made me ready for anything.

And maybe that’s why as I find myself living this semi-nomadic lifestyle—I need to stop searching for the city that is The One. Stop asking for any place to be my only. Learn to appreciate what each spot on the map has done to help me become who I am, even when I don’t like their scent or speech pattern. Understand that even a 38 minute delay at a bus station in Pennsylvania can be exactly what I’m searching for in life, show me who I can become at any moment. The way even a bad date can sometimes be exactly what we need.

So onward to a new place and ocean to enter the unknown on a coast I’ve barely spent a weekend with. After never meeting Las Vegas before moving in, this is nothing. Time to pack up the car again with the cats riding shotgun and give this next city a chance, an opportunity to show me what love can be. Not because I’m seeking forever, but because I’m still ready to learn about this world. I will not put pressure on places or people to be my everything, I will not ask them to be perfect. Because as long as I’m in the car and on my way, I already have everything I need to be happy.

To The One Who Never Deserved Me

Children Are The Shackles To A Woman’s Dreams

I Sell Sex For Money On Craigslist And I Want To Stop, But It Pays The Bills

I Don’t Want To Be Your Second Girlfriend

When They Ask Why We Never Dated