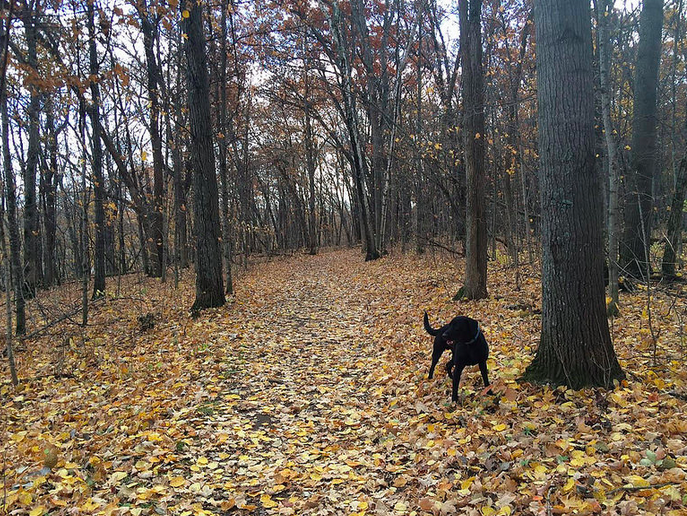 I’m currently doing some researching for my Aboriginal studies class, and although I’m not doing that great in the subject, there are definitely some things I’ve learned by being able to take a step away (if only for a brief amount of time, since we’re prone to falling back into our biases) from our “Western”, capitalist, vertically-structured society.

Now, I’m not a historian, but for the sake of this article (in which the point is not to be historically accurate but to illustrate the past, the present, and how we can change ourselves given the current circumstances), let’s just say that this began with the establishment of Royalty – Kings and Queens. A hierarchy was established and how people lived was now determined by their social ranking or order. The shape was a triangle (or pyramid, same thing) with the Supreme Leader at the top, the only leader there was, followed by less and less powerful people. The less powerful they were, the more common they were in the society – thus forms the shape of a triangle.

In this triangular society, the person at the top is perceived by the people from the bottom to be the most happy. He or she, with all their power, must be enjoying the luxuries of life; free from the rules and regulations that he or she has imposed on all the others, the top-dog could do anything he or she wished. Such was the perception, and so the delusion continues in our society today. Except today, there are many top-dogs, and often their lives are advertised all around us. Today’s “top-dogs” come in the form of celebrities.

Celebrities are everywhere we look. They don’t have to be famous for anything specifically, either, but they all share the commonality of wealth. Wealth is now what we seek, because like the power of kings and queens, money is perceived to be the element that can free us of our troubles. Money, we have been told, is what will lead to happiness. The same way kings and queens tried to keep their citizens from revolting, our governments do the same. They create ideals for the 99% to strive for, romanticize them, show them examples of people living incredibly happy lives by those ideals – but in reality, these ideals are meant to regulate us, granting us a false sense of happiness. A false sense of contentment. The delusion of freedom.

You see, our role models are often carefully constructed, carefully generated. And when something is new, foreign, or threatening to what’s become perceived as “normal”, we automatically marginalize it to be discarded and neglected, “forget it ever happened” type of deal (maybe this is why the Stop Kony campaign on social media was so short lived – we’ve marginalized the value of massive social change and become comfortable with what’s already been established). I guess the issue isn’t that these cookie-cutter life stories are being constructed, but that we actually try to imitate them. Who could blame us though? I mean, I was a crazy fan of Michael Jackson and NSYNC. Music is a huge part of my life, and will always be. I love to dance.  And that’s why while writing this, I’m struggling to put into words what I’m getting at here.

We live in a time of unprecedented access; the internet has given us vast collections of information that only a select few imagined was possible. With this newfound access, however, comes hyperawareness. Because of social media, we are now acutely aware of what anyone else on the planet (potentially) is doing. Oftentimes, we showcase only the highlights of our lives in hopes of generating a high number of “likes” or “retweets”. And even though we do this consciously for our own profiles, we sometimes forget that other people are doing the same thing, and begin to believe that everyone else is living an eventful life while we aren’t. This creates FOMO, or “fear of missing out”, and has been widely talked about now on the web. FOMO causes us to do things because we feel obliged to do them, to post them, to share them, in order to feel some sort of validation. Sociologists have a similar phrase, called “hurry sickness”.

Hurry sickness is a product of government policy, where youth are expected to be doing everything in their power to prepare themselves for the “adult” workforce. This includes, but is not limited to, working part time, studying at university, taking on an internship, conducting research, and so on. We’re made to believe that if we aren’t doing something every second of our lives to advance our career, then we risk being left behind. We risk living a life void of happiness. It leads us to believe that our current life is mediocre, and there’s a large gap between where we are and where we should be. The idea is that work, and therefore accumulating wealth, will bridge this gap for us. It’s the belief that happiness is at the end of the tunnel, and  it’s rooted in the idea that education surely leads to employment (a relationship that has become weaker and weaker since the Baby Boomer generation), and with employment comes money, which leads to… you guessed it. Happiness. So everything we’re doing right now, doesn’t have just monetary motivations, but a motivation to find happiness. This assumes that we cannot be happy in the present moment. It suggests that if we postpone our current need to be happy, that we will find incredible happiness in the future. If you look up articles discussing the differences between “successful” people and “unsuccessful” people, one of the qualities will surely be the ability to delay gratification, or the ability to resist temptation.

But this leads us to live in a constant search for something that we can already obtain. We can be happy right now, in the moment. There are lot of articles being written about mindfulness, being content with who we are and what’s around us at this very moment. Happiness isn’t something we need to prolong our whole lives, for it can be found in any moment. Thus, I believe that we’re chasing something else.

We don’t just want to be happy, we want to be free. Free of the system. Free of obligations, duties, responsibilities, irritating coworkers, annoying bosses, or noisy neighbors. We confuse the possession of money with happiness, when it’s actually the freedom we’re after. And while money can (arguably) buy you happiness, it certainly cannot buy you freedom. Not when freedom, by capitalist societies, has been confined and defined by the careful construction of celebrities. Not when we’re told that we have to live our lives a certain way – that we have to do this and do that, because there is going to be some kind of “payout” in the end. That so-called reward that’s supposedly waiting for us is just as real as a pot of gold at the end of the rainbow. In order to be truly free, we need to rethink Freedom. Because the way we think of freedom, as products of a capitalist society, is the opposite of how we need to view it in order to be able to foster and embrace it. We’ve been told that having a lack of things is freeing, that we are free when we aren’t forced to do certain things.

While this is true, we can also find freedom in other ways, such as through self-mastery and discipline. We can find freedom in ourselves, the same way we can find happiness. Freedom is in self-discovery and self-awareness. There is no longer a large gap between what our reality is and what our ideality is; the gap has been bridged, and they are one. We are where we are meant to be, it’s just a matter of realizing that we’ve had all we needed the whole time. Once we discover who we are, there is no longer a need to look toward celebrities for guidance. This is an acknowledgment of what we are and what we have, rather than seeing freedom as a lack of something. And it is just as worthwhile to view it this way, but is different in that we are internally free, rather than externally free.

Internal freedom is all we really need, and just like finding happiness internally, can be fostered as long as we realize that it is we who control our lives – and reduce the effects of external factors on our sense of self (the Stoics have written about this, and their philosophy has been resurfacing lately). This is where discipline comes in. Discipline yourself to focus inwardly; practice gratitude, compassion, mindfulness, selflessness. Reduce the need for external validation or seek external markers of freedom. As long as you practice gratitude, compassion, mindfulness and selflessness, you will be free from any negative expectations imposed upon you. This is also where self-mastery comes into play. By becoming a master of yourself, becoming aware of your behavior and tendencies and learning how to enhance the positive ones and let go of the negative ones, you free yourself from practicing anything but gratitude and compassion towards others. And though you are inevitably trying to help others, you free yourself from their expectations of what you should be, or how you should act.

Read this: Happiness Won’t Look How You Expected

Keep up with Brandon on justbnhadi.tumblr.com

I Hope You Choose Sustainable Happiness

The Truth Is, You’re Afraid Of Happiness

You Shouldn’t Feel Guilty For Allowing Yourself To Be Happy

Its Time To Stop Chasing Happiness And Start Creating It Instead