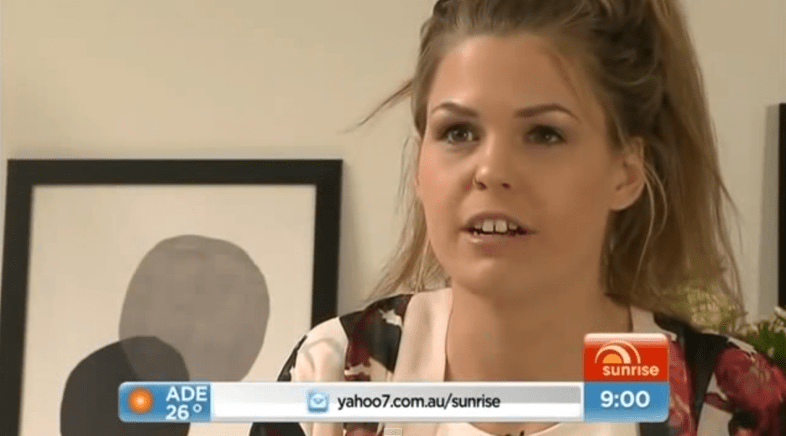 Belle Gibson is a popular Australian wellness blogger who has attracted millions of followers with a wellness and lifestyle regimen that takes a “‘back to basics’ approach to both cooking and nutrition.” Her lifestyle aims to “bring more fundamental foods from nature back into everyday cooking.”

Since 2009, Gibson has built a massive community around her. She has 187,000 Instagram followers, her top-rated food app called The Whole Pantry has over 300,000 downloads, and her recipe book was published by Penguin Australia last year.

Gibson promotes a diet that is “entirely gluten and sugar free with minimal dairy and allergens,” and a “back to the basics” lifestyle guided by “natural medicine and healing, fitness, wellbeing and environmental sustainability.”

Her brand, app, book, and lifestyle are particularly popular because she claimed they cured her brain cancer. 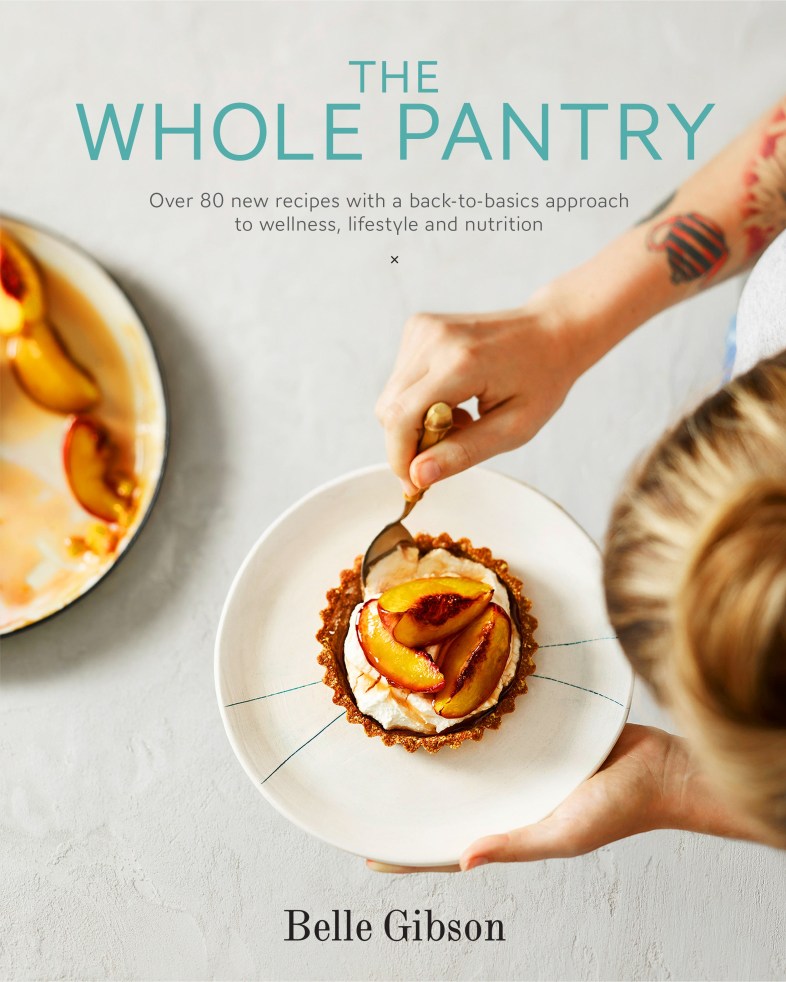 And in July of last year—to an outpouring of support—she broke the news to her community that she had been diagnosed with a “third and fourth cancer” in her “blood, spleen, brain, uterus, and liver.”

Here’s a video of her talking about her journey beating cancer and creating her app for the iPhone 6 launch.

But over the course of her chart-topping popularity, increasing numbers of skeptics began to question her legitimacy. In March, the Sydney Morning Herald revealed that she had not delivered $300,000 from app purchases she had promised her community she would deliver to charities.

It was also revealed that none of Gibson’s companies are even registered as lawful fundraisers, and that many of the charities she promoted in her donation drives had either never heard of her or had not been in contact with her for over a year. 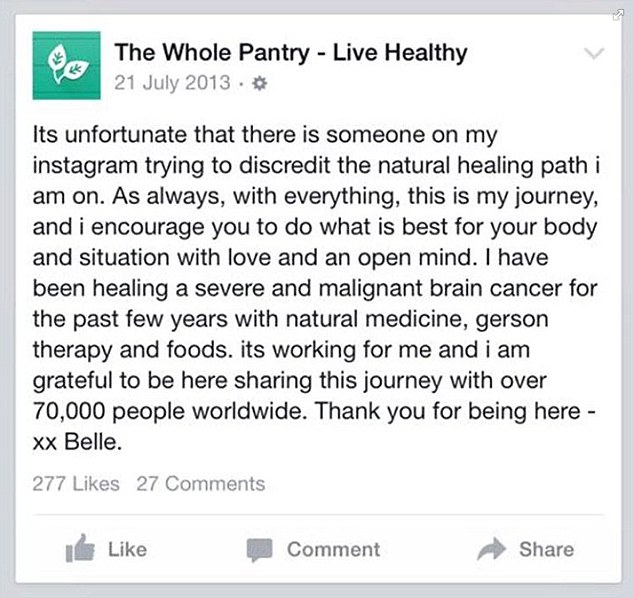 And this week, in an exclusive interview with Australian Women’s Weekly, Gibson admitted that she has never had cancer.

In fact, she says, “none of it is true.” Not the heart surgeries, the seizures, the spleen and liver cancers.

Gibson has since deleted all of the images from her Instagram, deleted her Facebook page, and deleted many of her blog posts.

Apple has pulled her app from the app store and Penguin has ceased printing copies of her book.

There is now a Facebook page called Belle Gibson Uncovered, which “was established to share information about Belle Gibson and provide details of media coverage to people who feel deceived by her.”

The Day You Find Out Your Dad Has Cancer