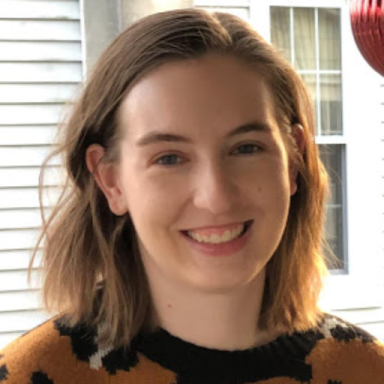 What can I say about 2020? It has managed to test every ounce of our fortitude and make us question everything we thought we knew, and it has catalyzed some necessary change in many different areas. I’ve found all these things to be true personally too. I’ve always struggled with anxiety, but my struggles with it in my adult life have taught me a lot of valuable lessons. They have also made me question our approach to mental health and our overall response to it.

I recently watched the fourth and final season of 13 Reasons Why. Clay’s struggle with anxiety throughout the season was especially poignant to me because it mirrored my own anxiety: panic attacks, out of body experiences, and an overwhelming feeling of loss of control. There was one particular scene, however, that I connected with deeply, and it made me seriously question our approach to mental health and managing mental illnesses.

Completely overwhelmed and hitting a breaking point, Clay rushes into a police station and pretends to have a gun. Later in a therapy session, his therapist asks him if he did that because he wanted to be shot. Was he suicidal? His response? No, that wasn’t it, he didn’t want to die. Then why did he do it? He just wanted someone to notice he was hurting. Can you imagine hurting so badly but feeling so isolated in your pain that the only way you think someone will notice is by pretending to brandish a gun in a police station? I could imagine that because that was how I felt. I remember being in so much pain myself when I watched that scene. I started to cry because all I had been wanting for months was for someone to notice that I was in pain.

Think about that, though! Why does it take extreme actions, a mental breakdown, self-harming, or even taking your own life for others to notice pain from a mental illness? We’ve made some ground over the years with progress in promoting mental health and ending the stigma, but we honestly have such a long way to go. People, myself included, still feel like our pain isn’t valid or seen until it boils over, so much that it turns into an extreme physical action. Steps need to be taken to change this.

First, people need to be encouraged to listen and empathize with others. We can encourage those of us who suffer with mental illness to speak up and vocalize what we are feeling until we are blue in the face, but until those who are suffering feel like they are going to be heard and until people are educated on how to properly listen and actively help, those of us who are suffering will just continue to suffer in silence. We don’t speak if we think no one wants to hear it.

Second, we have to learn to recognize suffering on a lower scale. If the pain of anxiety, panic attacks, or depression are caught at stages where they are just starting to bud or have just been initiated, they will be much easier to diffuse than if the pain goes unnoticed until it has snowballed into a tangled mess, difficult for the sufferer to unravel. If you have ever suffered from a mental illness you have probably been at the point several times, where what started as a minor problem has all of a sudden become insurmountable, and you are so lost in your thoughts and have dug yourself so deep that you can’t see the way out. That’s where the danger lies. When someone reaches that point they truly feel that they have no way out. We have to learn to recognize and learn how to help people when they first pick up the shovel.

Third, we have to keep talking. We have to make it a normal and comfortable conversation for someone to say, “My anxiety is really bad today. Would you mind talking through some things with me?” Or “I’m starting to have a panic attack. Would you mind just sitting with me?” In recent years, I’ve tried to be more vocal about my anxiety and depression struggles, but I always usually end up going back to silence because I start feeling like no one wants to listen or people are tired of me complaining. I know I’m not alone in feeling that way and that is why many continue to suffer in silence. We have to keep talking about mental health and not stop until it is as normal as talking about having a cold or allergies.

Outside of my own mental health struggles, I’m not an expert, and I don’t know what the solution is to making sure there are enough resources for those struggling with mental health. I don’t know how to educate non-mental sufferers to help them better understand and be able to help those of us who are. All I know is that we can’t continue to struggle in silence or be left to “tough it out.” That is when our suffering becomes deadly. Death from mental illness is 100% preventable, but there have to be enough resources and people have to feel seen and heard. We cannot allow people to break before they are offered help. We can’t give up the fight to normalize mental health. We all deserve to thrive and not just survive.

My best friend has four paws.