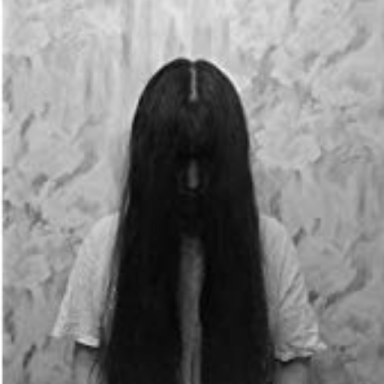 Every winter, I drive my semi up the Dalton Highway in Alaska to deliver supplies. Other drivers complain about how isolated the road is, but I love it. Driving through expanses of snow-covered wilderness, surrounded by nothing by the stars… it’s the dream.

I was driving the stretch between Coldfoot and the Prudhoe Bay oilfield, around midnight. It’s the loneliest part of the highway – 200+ miles with no gas stations, restaurants, no cell phone reception. No traces of civilization at all.

Then my headlights rolled over a truck.

It had skidded off the road and flipped on its side. From the distance, I couldn’t tell if it was fresh – or a week-old wreck the recovery crews hadn’t picked up yet.

He was back in the sleeper. We drove together and took turns, so we didn’t have to stop for the night. Besides, it was always safer to have a second person if we ran into an emergency.

He poked his blond head out. “What?”

The wreck rapidly approached. It was dark – no headlights, no fire, no lights on in the cabin. Just a metal husk breaking the otherwise monotonous Alaskan landscape.

“Poor fella,” he said, reaching for the cup in the holster. A long slurrrp echoed from behind me. “This road gets mighty nasty sometimes.”

“Maybe we should stop. See if they need help.”

Uneasiness settled in my stomach. I’d always felt safe driving up the Dalton highway–because fellow truckers were so helpful. Once, when I’d gotten a flat, no less than three stopped in to make sure I was all right.

It was like we were all part of an unspoken brotherhood, looking out for each other.

I stomped on the brakes. The truck screeched to a halt.

“Sorry. I need to make sure no one’s in there.” Leaving the headlights on, I swung the door open, and pulled myself down.

I didn’t wait for him. Instead, I walked ahead, ice crunching noisily under my boots. The cold wind bit into my exposed face, and I grimaced.

“Hello?” I called out, into the darkness.

“Anyone there?” I called again.

“See? No one there,” Jim said, coming up behind me. “Stopped for nothin’.”

The trailer was nondescript–no logos or color–but the back hatch was open. Rolled up just a few inches.

Jim called out behind me: “See! They removed all the supplies already, left the hatch open. This thing’s probably been here for weeks.”

“Okay, I get it,” I called back, annoyed. “I just want to check out the cabin, alright? Humor me.”

I ignored him and walked across the frozen plain, my boots crunching loudly through the snow. I rounded the corner and came upon the cabin.

I stopped dead in my tracks.

It was a mangled mess of metal. The hood was crunched like a tin can. The side view mirror dangled limply. There was no windshield–just a misshapen hole, where it used to be.

Through it, I could make out the driver’s seat. It was horribly buckled and bent, conjuring awful images of what the driver must have looked like.

“Hello?” I called through the window. It looked empty, but just in case.

“Yeah. And I don’t think the driver made it,” I replied, my mouth suddenly dry.

“The highway, she takes ‘em good, sometimes. Nothin’ we can do. Just the circle of life and all that.”

That’s when I noticed it.

The snow around the truck was undisturbed. No swirl of frantic footprints from the rescue team. No tire tracks from police cars racing to the scene. No grooves from the body being dragged away.

The cabin was empty… the driver had most likely perished… and no rescue team had come out?

“Why aren’t there any prints around here?” I asked Jim. “If the rescue team came out…”

“Must be weeks old, as I said. Pro’lly snowed ten times since they got him and the supplies out. Covered the prints right up.”

“I guess you’re right.” That did make sense. Now that I took a closer look, there weren’t any skid marks in the snow from the truck, either. Defeated, I turned and walked back towards our truck.

I turned around. Jim was crouched in the snow, trailing a finger across the ground.

I walked back over and crouched beside him.

There were several overlapping trails of footprints. They began at the back door of the trailer, weaved through the snow, and ended somewhere in the darkness of the plains. And they looked fresh. The edges were sharp and clean, not softened by the wind or snowfall.

“That doesn’t make any sense. We’re in the middle of nowhere. Not a single soul for miles around.”

“Then who made these prints?”

“Let’s find out.” Jim walked over to the back door, and with a grunt, pulled it open.

The metallic sound reverberated through the trailer, echoing against the snow. I pulled a flashlight from my pocket and flicked it on.

The trailer looked… lived in.

Empty glass bottles glinted in the light, stacked up in a line against the wall. Clothing was strewn everywhere. In the right corner, they were piled up with a blanket to form a rough bed.

“There’s nobody for two-hundred miles, at least,” he said with fascination, pulling himself up into the trailer. “What the heck is going on here?”

“Tools back here, Danny,” he called out, his voice echoing in the metal box. “All kinds of knives and spears and stuff. I s’pose that’s how he gets his food. Hunts it down.”

I stepped onto the lip of the trailer and hoisted myself inside. The air was musty, damp, and cold–though warmer than the outside. The floor, which was really the side of the trailer, was tilted at a slight angle.

I glanced around. While there were many household items I recognized–knives, shears, clothes–there were some I didn’t. A black medallion, emblazoned with a strange symbol next to the ‘bed’ area. A stone bowl and stick that resembled a mortar-and-pestle.

I turned the flashlight towards him–and jumped back.

More than a dozen animal skulls, all lined up in a neat row at the back wall. The first was tiny–the size of a mouse head. They grew progressively larger, the last ones looking like they belonged to deer, caribou, moose.

And painted on the ground, under our feet… was some sort of symbol. A circle with strange characters all around it. Like letters from an unknown language.

“This is freakin’ creepy,” Jim said. “Wish I brought my camera.”

Despite my thick jacket, a chill went up my spine. “Come on, Jim. Let’s go. Like you said, we’re wasting time. We’ll get to Prudhoe late, and–”

“Oh, now you care about wasting time?” His blue eyes met mine. “You’re just a scaredy-cat, that’s what you–”

The sound had been faint. But in the absolute silence of this Alaskan wasteland, it was more than just a random sound. More than the wind, the forest, the Earth could produce.

“You hear that?” Jim whispered.

We listened, but there was only silence.

We walked to the front of the trailer, our footsteps shaking the metal. Then we jumped down, into the snow.

A man stood in the darkness.

Dressed head-to-toe in black, tattered clothing. A hood veiled his face in shadow. And a knife glinted in his right hand, catching the light of our headlights.

We broke into a run.

He bolted forward. Crunching footsteps rang out behind us. Growing louder by the second. My lungs burned in the cold air, but I forced myself forward.

My hand fell on the metal handle of the truck.

I dove in. Jim followed me a second later. Click, click, click–he madly pressed the lock button. I turned the key, and the engine rumbled underneath us.

My headlights flashed over the man. He stood still in the snow, staring at us with wild, blue eyes. Gripping the knife tightly.

And behind him… more figures materialized around the fallen trailer. All wearing black, hooded clothing. They remained still, their heads turning to stare as we pulled onto the highway.

Then they were left in the dust, as we sped forward into the Alaskan wilderness.

We called the police–but by the time they made it out there, the truck had been cleaned up. It was just an empty old wreck. No animal skulls, no strange symbols, no sign that anyone ever lived there.

I haven’t driven a truck up the Dalton highway since that night. I still deliver supplies, but to other parts of Alaska. Never again will I voluntarily drive up that cursed road.

But, sometimes, I hear about disappearances along that highway. A lonely trucker, here or there, vanishing into thin air. His vehicle left behind, parked on the side of the road.

And I know he didn’t just get lost on that lonely stretch of highway.

None of my stories are scarier than my real life — being a mom.

Keep up with Blair on Instagram, Amazon and blair-daniels.com