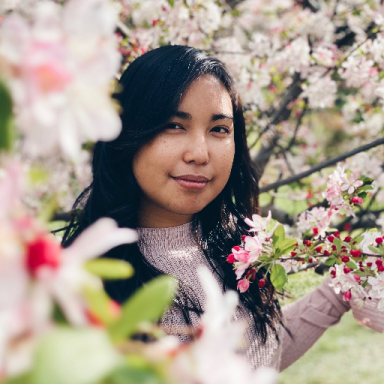 to the girl who had been coaxed into an ‘employee only’ bay by a man far too old, older than her parents, older than the boys she crushed on. who was felt up over her clothes when no one was around twice before he decided he wanted more. whose first kiss was from that man in an elevator forcing his tongue down her throat and his thumb between her legs.

to the girl who was taken advantage of by a boy who only wanted sex and would do anything for it. he was your cousin, and you were depressed. he used your numbness to the world to get inside you. he controlled you with threats to leave, to sleep with other girls if you wouldn’t come over or do what he asked. it was all about him. you were too numb to see it that he took your virginity and stripped you of your identity. pharmacy trips turned into buying pregnancy tests and Plan B because he never finished with the condoms he bought to be inside you. to the girl he turned into a ghost.

to the girl who had dreams to get big in Hollywood. who turned to a college professor for insight and guidance. who was innocently trying to build up her network, her connections. how you shattered it when you forced her to blow you in your car. when you took her to a Dave and Buster’s to loosen her up since she wasn’t old enough to drink yet. told her what to say to her parents when they texted, “it’s getting late.” then tried to get her to sit on you, but gave up when it got too complicated and drove her back home, unsatisfied. you scarred her for life. ashamed and alone, she told herself that night she’d take what you did to her to her grave. she wanted no one to know of the two weeks you tried to use her. she wanted no one to know how you touched her.

to the girl who looked up to a boy who she thought was a real alpha. who acted to the world that he got over his drug addiction and eating disorder, that he was mentally stable with his bipolar disorder unmedicated, that he was openly bisexual and an advocate for those like him, when really he was hiding darker skeletons in the closet and taking it out on her. who called her a bitch and called her stupid in front of his friends and laughed about it. who paraded and praised other girls and had them sit on his lap in front of her. he’d attack her spirit every time she’d cry and told her she was too sensitive, too emotional, too clingy. he pleased himself through her, but she got no pleasure out of it. soon enough, it became all about the bottle and she became that girl who lost her name in place of a title.

to the girl who started to learn to not accept wrongs. who felt inspired by the martial arts instructor who pushed her mindset. who thought she found something better, someone better, but then learned she got lied to and taken advantage of. to all the lies and manipulation she endured for years, to all the excuses she made for his mistakes. to all the things she paid for that weren’t her own, the verbal and physical abuse he added onto the other scars she was still learning to heal from. her sacrifice was invisible only to he who harmed her. you can now tattoo something different on your skin.

today, you took that last man and you stood up in front of a judge and told him what he did wrong. today, you said enough was enough. today, you bundled all your traumas, all the men who used and abused you and proved to all the girls of your past who never felt they had a chance, never felt that this was possible, and showed them today that you tried and you won.

today, your restraining order was granted. he is not to come near you or contact you for the designated period of time. and while it isn’t forever, it needn’t be, because you already know in your mind what happened to you was wrong and you were right in pursuing action against it. you didn’t know if your case was solid enough in court, if your evidence was admissible, or if what you chose to present was even going to help you. a stranger heard the facts of your case and chose to rule in your favor. they learned of the abuse that was done to you and agreed to keep him away. you were honest, you spoke up, and you did something for yourself for once rather than for someone else.

and so now we say cheers. to all the girls too afraid to stand up in court against their abuser, this is for you. i’ll stand up for you. i was you once. i wanted to avoid the law or was told to avoid the law and tried to let my trauma go by me. but no matter how kind your heart is in trying to avoid it, sometimes enough is enough. the courts are not the definitive answer, don’t mistake my message. but I want you to know that if you wanted to try, if you wanted to file something against someone who abused you, don’t be afraid to stand up for yourself.

and in the end, we can say, “cheers to the day that we won.”

I’ve learnt hiding from our traumas doesn’t free us, we must share.