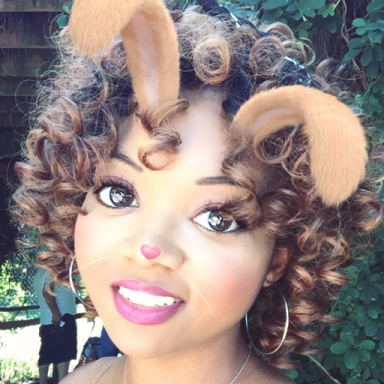 When I met you 4 years ago at work, I had no idea the role you were destined to play in my life. I had no idea that this guy, who seemingly had no appeal, would end up sweeping me off my feet. I had only been working there for 2 weeks when you approached me, asking for my number because you wanted to take me out. I politely declined.

Then, several months went by and I kind of got to know you. I noticed you had a good work ethic and I liked that. You got along with everyone at work. Every once and awhile you would remind me that your offer still stands, but I always brushed it off. You never pressured me into going out with you even though we worked with each other several times a week. You gave me my space while letting me know you were still interested.

After awhile, you grew on me. You became one of my favorite coworkers. Suddenly, I had a change of heart. So, one day, I wrote my number down on a piece of paper and approached you. I said, “Do you still want my number?” You said, “Yes,” and the rest is history.

After a month of seeing you, I knew I wanted to be with you. I was so happy I gave you a chance. However, you were hesitant and that’s when you told me you had to go away. Your past had finally caught up to you and you were sentenced to 8 months in the county jail.

So, there I was having to decide what to do. Do I leave you when you’re down? Or do I stand by you? Of course, with my pure heart, I chose to stand by you. The next 8 months were filled with weekly visits, scheduled phone calls, and a lot of commissary. Nevertheless, I was happy to be there for you.

We sent each other letters back and forth. I had never done so much writing in my life. Little did I know, writing letters would serve as a form of affection in my next relationship. The relationship that will end up being my last. Our letters were filled with hopes and dreams for the future. I sent a picture of me with each letter. By the end of the 8 months, you had a full collection of my self portraits. I often wonder if, after everything, you decided to keep them.

After 7 months, the countdown began. June 2016. 30 days until your release. I just knew, after everything we’ve been through, our relationship would be stronger than ever. June 30th would be our fresh start.

That day came and went. Your release was a joyous occasion. We spent the next few days together as you got back into the swing of things. You were happy to be back working. I was happy to see you and talk to you at anytime of the day on any day of the week.

However, after just 2 weeks of reclaiming your freedom, you threw it all away. You picked me up from work one night. The same job where our story began. You were disappointed and afraid, then told me you had some bad news. I remember being excited for a date we had planned that night, but after hearing this, my heart dropped. You said you were about to lose your job due to our coworker accusing you of sexual harassment.

My boyfriend? My best friend? Sexual harassment? I didn’t want to believe it, but deep down, I knew it wasn’t all that far fetched. Perhaps, you thought I forgot about your first offense. The one that happened just a few weeks before you went away. I graciously forgave you because I wanted to believe it wouldn’t happen again, but truthfully I knew it wasn’t going to happen again because you were going to jail for 8 months. How could you cheat on me from behind bars?

Well, I guess I didn’t think about what would happen after you were released. I guess I wanted to hold on to the hope that being in jail for 8 months would change you. After all, isn’t that the point of incarceration, anyway? You go in one way and come out another. As long as you were in prison, you were a good boyfriend. You communicated and were consistent, but only because you had no distractions. When you regained your freedom, you regained all your vices, as well. Without having someone watching over you 24/7, you fell back into your old ways.

The next few weeks were pretty tense for me at work. It didn’t take long for word to get around. In the end, you got fired…and dumped. That was the end of our relationship, but not completely. I knew I couldn’t quit you cold turkey. So, I let you hang around for a bit longer. Slowly but surely, you were leaving the ‘boyfriend’ zone and entering the ‘friends with benefits’ zone. However, you couldn’t even manage that. Eventually, I had to come to the realization that we just can’t be anything.

Of course, you couldn’t give up that easily, even after the benefits were removed. You were still calling me and picking me up. Truthfully, I was just happy to get a ride to and from work. Then, the unthinkable happened. I met someone else. There was no way I would allow anything to ruin the chance of my new relationship working out. Therefore, our friendship had to come to an end.

Here we are, almost 3 years later and I’m happy to say my no-longer-new relationship is, in fact, working out. I love my fiance and I kind of have you to thank for that. If I would have never taken a chance on you, I would have never had the guts to take a chance on him. Everything that was missing in our relationship, is now present in my current relationship. That is why I wake up every morning thanking God for the man that is in my life.

Despite everything that happened, I want you to know that I am not mad at you. You broke my heart, but you didn’t break me. I don’t hate you. I don’t think you’re a bad person. I just think you make bad decisions and you’re not very smart. But hey, we all gotta learn some way, right? There is something within you that needs healing and it is my hope and prayer that you receive it. To be honest, I’m happy you broke my heart. Most of all, I’m happy I got away.

Breaking Up Heartbreak Letting Go love and heartbreak Moving On