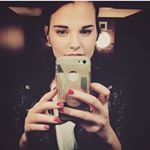 Hey. So, I have absolutely no idea what I’m doing.

Honestly, I haven’t got a fucking clue. I think I’m supposed to be working my way up the ladder, that’s what they keep telling me. Not really sure what ladder this is or where it is, or how high it is, or what’s at the top of it. Nevertheless, here I am, awkwardly moving on up and trying to not look at how far there is to fall should I miss a step.

I’m trying to get somewhere… I think? That’s what they say. You have to keep moving to get where you want to be.

Ah yes, of course, I must move forward to achieve my dreams and find my Nirvana!

Now If only I had any idea what my dreams are, or in which direction I could go to find them. I haven’t got time to work it out though, gotta keep moving, I can’t afford to fall behind, I’ve got to get there, whatever there is, so I can claim my prize which I’m also not sure of.

I say it once again; I have no idea what I’m doing.

But wow, the pressure of always having to be moving in some direction or another.

“If you’re not moving forward, you’re going backward,” that’s what they say.

Well that’s just not fucking true, is it? I’m not getting younger, not taking on more responsibility hasn’t taken me back in time. Every hour I’m not learning new information I’m not also simultaneously losing IQ points. If you stop baking a cake halfway through, it doesn’t turn back into raw eggs, does it? Absolutely fucking not.

So, what are we doing?

I don’t know when it happened, or who started it but somewhere along the line someone decided that we needed a plan. So now, God forbid, if you have no resemblance of a plan for your life, you’re basically doomed. Yes, that’s right, doomed.

So what did we all do out of fear? The big fear of being forever doomed? Oh yes, we started pretending we have a plan or latching onto those superior to us who do seem to have a plan but actually they also don’t have a plan. We all march forward one by one in the pursuit of something or nothing, but as long as we are marching that means we are moving so that’s great. Where are we going? We don’t know. Why? We don’t know. We don’t know a lot.

Are you following me?

Every single one of us is different. We value different things. We will inevitably all end up in completely different places, so why are we listening to anyone else about which path we should be taking and which goals we should be looking to achieve?

Now imagine that you actually took time out of “moving on up” to work out which ladder it is that you actually want to climb. Taking time to understand yourself, where you are and where you want to be and finding the ladder that is right for you. As opposed to hearing everyone else’s preconceived ideas of what that ladder may look like and what you should be expecting when you reach the top.

Also, novel idea, but what if we actually tried to make our lives easier and took just a little bit of pressure off ourselves. What about if we spent some time taking in the scenery around us rather than planning the next move out of there, to our next destination. There is so much to be said for not having a plan, it allows you to explore yourself and your surroundings in a much more open-minded way rather than picking and choosing experiences because they mold into another step on that life plan ladder.

So no, I have no idea what I’m doing. It is quite the mystery. Some days that terrifies me but I’m learning quickly to be okay with it. You know how they say that the best night outs are the ones that you haven’t planned? That’s basically just a metaphor for life. The most amazing, life-affirming, downright mind-blowing things happen to you when you least expect it, no matter how much you’ve planned your life’s trajectory.

There will be moments, people, sunsets, sunrises, coincidences and extenuating circumstances that will re-shift your focus in quite unimaginable ways. So, it’s okay to have no idea what you’re doing because, quite honestly, everything could change in a second anyway.

Was a runner up to be the face of angel delight

Growing Up Life Life Advice Quarter Life Crisis What Am I Doing?