I’m supposed to like a certain type of guy. I have constructed this ideal man in my mind who shapes my taste in guys. He differentiates the right guys from the totally wrong ones. Ideally, he would be the perfect mix of smart, adventurous, confident, cute, friendly, blah blah blah.

If you’re an avid reader of my blog, you’ve noticed that my love life is a rollercoaster that is fun to watch (or read) from afar, but when you’re actually on it–well actually, that’s kind of fun too.

That being said, to the surprise of no one, I have yet to find a Tom.

I’m an active participant of the casual dating scene, but it’s not something that I try to hide. I’d like to think that I’m in the process of finding my “Tom” but I’m beginning to wonder if my Tom exists, or maybe I’m focusing too much of my time on finding Tom when there’s a perfectly good Justin right in front of my eyes.

At one point a couple of years ago I was fairly positive I found Tom, and I convinced myself that we were made for each other. But then I went abroad for 6 months and came home to find that the Tom who I thought I wanted completely changed.

I didn’t want that Tom. I wanted a different Tom.

My life is all over the place. Not in a bad way, but I’m always looking forward to the next big thing. I set my sights on the future that I often forget to live in the present which can sometimes be shitty, but that’s just where I’m at in life. Does this mindset affect my dating habits? Possibly, but I don’t think I’m ready to slow down.
Story time!

I was seeing this guy in the beginning of the summer. On paper, he was everything that I thought I was looking for. The “whatever” relationship we were invested in didn’t require any overthinking on my part. He wanted to talk to me, he wanted to see me, he wanted to be with me. He was kind, smart, cute, and provided me with more attention than any guy that I had been with in a long time.

In theory, I should have wanted him back…but I didn’t.

When I ended things with him, I went back and forth with myself several times thinking, “Is this really what I want?” Like, I had finally found a guy that was seemingly everything a girl could want but I just couldn’t get myself to emotionally invest myself. Should I have to justify that?

In more ways than one, this guy possessed a lot of the attributes that Tom does. Like I said, he was kind, honest, and an all around amazing person. So wtf was wrong with me? Nothing, actually.

Simply put, I just didn’t fall for the nice guy. It was fairly easy to justify being honest with myself rather than holding onto something simply because he was nice and gave me attention.

Then, this other guy came around. Let’s call him the “wrong guy.” (Like I said, my love life is sort of hard to keep up with).

The way we met was bizarre and totally random. I received a direct message on Instagram (yes that’s actually a thing) with the message “I’m intrigued.” He had stumbled upon my blog therefore directing him to my other social media pages and before I knew it I was getting asked out for drinks via Insta DM. 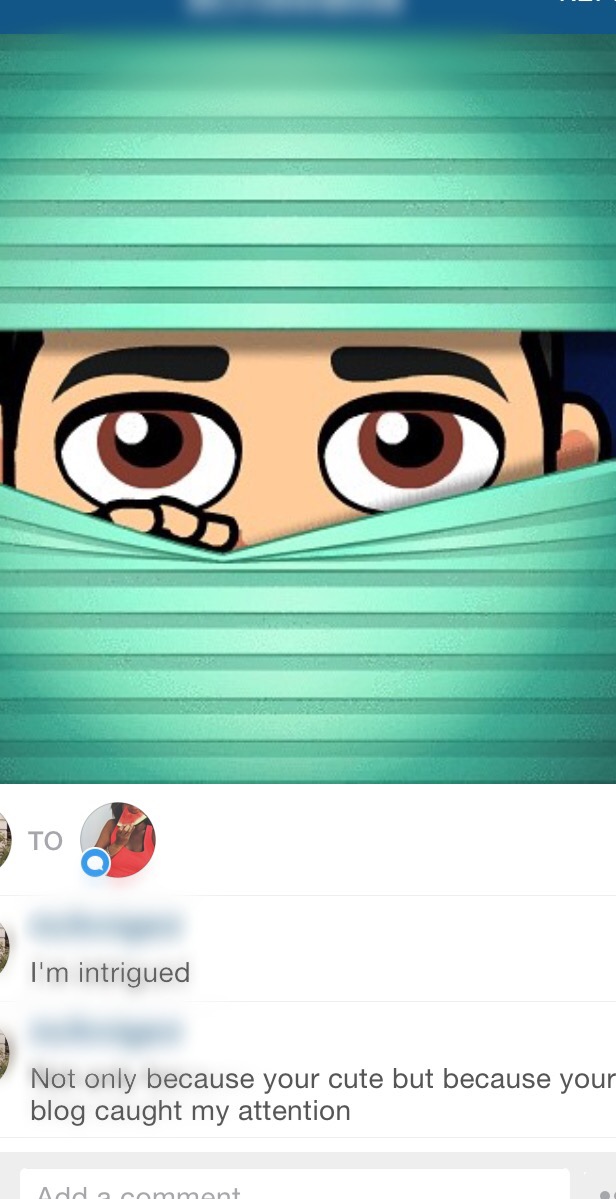 I had never seen this guy before, but he seemed normal. From the Boston area, college grad, fairly attractive, etc. There was just one problem: our “circle of people” was connected in more ways than one for all the wrong reasons—ya feel me?

One minute we were messaging back and forth (still Instagram DM) and the next minute I was caught in the middle of drama that had erupted in 10 minutes flat. You know that old “eight degrees of separation” rule? Well, my life is like 2 degrees.
I can’t make this shit up.

Regardless, he was still interested in hanging out but at that point I had quickly lost interest. I hadn’t even been talking to the guy for more than 2 hours and I had already gotten more than one “warnings” about him and was in the middle of a drama-fest I wanted no part of.

He definitely wasn’t a Tom…or so that what I had been hearing.

He soon became just another Insta follower and a miniscule piece of my past that was a funny story (or blog post) to tell. That time I got asked out on Instagram, lmao.

This guy started popping out of nowhere for the period of a month or so. I would receive random invites to grab drinks for which I would deny time and time again.

One afternoon, for the first time in my life, I was sitting in South Station eating lunch. I sat there in solitude, enjoying my Au Bon Pain coffee and salad from Panera listening to some acoustic mix on Spotify. My eyes wandered around a little bit, enjoying the people-watching scene.

It was him, Instagram guy was sitting the table directly next to me (again, can’t make this shit up). I watched him snap a picture of me out of the corner of my eye and I couldn’t help but laugh at the ridiculous situation that I was currently in. Who the f*ck is this guy?

I had assumed the Snapchat read “Lol sitting next to Insta blog girl.~”

This guy who was once so irrelevant suddenly became so relevant in the most random of ways and I awkwardly became more intrigued to find out more about him…because like, how? Just, how?

One thing–or rejection–led to another and I reluctantly agreed to grab drinks with him (my text literally read “Fine.”). Because, why not? Judging from his social media pages I honestly thought he would be a giant d-bag…but I was pleasantly surprised.

I guess you can’t judge a book by its Snapstory.

We hung out a couple times and before I knew it we were splitting a bottle of wine on a rooftop apartment in the North End. And then I started to like him…shit.

His crude jokes and lack of emotions made me wonder why I actually felt a connection. In more ways than one, he was the “wrong guy.” He’s the guy that everyone warns you about, the one that you hate to give the satisfaction of the sending the first text to, but you do anyways–because who the hell knows?

I couldn’t explain the connection, but I kind of liked it that way. I liked the “wrong guy,” and I was totally OK with it. And plus, I knew I was moving away…so why not?

I know what you’re thinking. The classic “all nice guys finish last and girls are idiots” story. Well, if we’re being technical, I didn’t dump nice guy for wrong guy…I just felt a stronger chemistry with wrong guy. Does that make me an idiot? Maybe.

For the time being, I’ll probably continue to choose a Luke instead of a Tom, choose the thrill of the chase over not having to chase at all. I won’t blame you for my decisions, and I won’t ask you to pick up the pieces. You may think I’m stupid to have let the “good guy” go, but what if he just wasn’t good for me?

As much as I think I know what I want, I really have no idea. However, I’d rather choose the wrong guy and learn from it than settle for the nice guy simply because he’s nice.

Or maybe Tom is who I think I want, but a Kevin is who I’m meant to be with. I don’t know, but I’m having fun trying to figure it out.