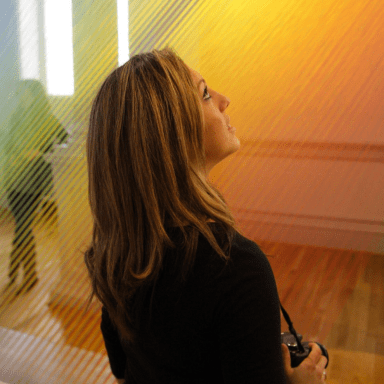 “What the f*ck is wrong with me?” I cried as I laid in bed in excruciating pain at 4 in the morning. I wanted to call someone, anyone. The tears rolled down my face as my legs stiffened.

This was night number five.

I attempted to stand up to make the leg cramps subside, stumbling to the ground as soon as I tried.

I laid on the ground for a few minutes, feeling defeated and helpless just like the night before. I reached for my water beside me, chugging it in hopes of ameliorating the problem. Maybe dehydration was the problem. I just needed to drink more water and the leg cramps would go away. Yeah, sure.

“You need to stretch more and maybe take it easy on your legs, you’re always on them.”

I became thirsty. Always thirsty. I assumed it was because my body was craving more water since I had made an effort to drink more to make the cramps go away. I filled a giant water bottle every night and placed it beside my bedside, knowing I would wake up with cotton mouth at some point in the middle of the night. However, it never satisfied me. Refilling it twice a night became habitual, just like my muscle aches.

I was eating right, perhaps even eating more than usual, but my weight was dropping at a rapid rate. At first it felt good. “I’m more active now,” I told myself. Constantly walking, always on my feet. This is great.

The more weight I lost, the weaker I felt. Spinning classes were no longer enjoyable, they were a feat to push through. A 10 pound weight was no longer something I lifted with ease, my arm would shake as I attempted to pick it up.

The legs that could once run a half marathon could hardly push through an 11 minute mile.

My body was telling me to do all of these things, but I simply couldn’t. A gallon of water was hardly satisfying, neither was a giant slice of pizza. Walking to work was no longer enjoyable, it took too much energy out of me. I was growing increasingly irritable with people; anxiety became an integral part of my daily life.

For about a month, I accepted discomfort as a norm. Eventually I would feel better. This was just a weird phase.

Between starting a new job and working crazy hours all while still getting settled in a new city, I figured a trip home for Thanksgiving would be the cure-all to my problems. Although it would only be for a few days, I needed this mini vacation.

Reluctantly, I booked a doctor’s appointment with my PCP for Wednesday morning in Boston to see what was going on with me. Although, I had already diagnosed myself with hypothyroidism (thanks, WebMD). So, I walked into the doctor’s office fairly positive that I would be prescribed medication and I’d be back to feeling normal again. No biggie. Shit happens.

I began explaining all of my body issues to the nurse practitioner. “You poor thing!” she exclaimed. She asked me a bunch of questions trying to pinpoint what the problem could be, agreeing that hypothyroidism could possibly be the correct diagnosis.

Or maybe it wasn’t. However, I ignorantly disregarded all of the other possibilities she discussed with me. Whatever was wrong with me was a quick fix. WebMD had already told me (there was a small chance I had to get surgery, but that also wasn’t going to happen).

I had to get a series of blood tests done in the lab upstairs. I waited impatiently as my hair appointment was quickly approaching. Spending 2 hours at the doctors was not how I wanted to start my trip home. She injected the needles into my arm as I stared at my wrist watch. Get me out of here.

I eventually made it to the hair salon, and I was finally doing something that I wanted to do. The foils sat in my hair as I chatted away with my hairdresser, blushing as she commented on my weight loss, although I knew it wasn’t really something to be proud of.

My phone rang, it was the doctor’s office. I knew the blood test results would come back later that day but I didn’t realize how fast it would be.

The doctor spoke to me in panic. I listened intently as she began to explain my lab results. She said a lot, but all I heard was a single sentence that made my face turn pale.

“We believe that you have type 1 diabetes.”

They advised me to get to the ER, my blood sugar was dangerously high and I apparently was in diabetic ketoacidosis (I didn’t know what that was until I Googled it either).

She washed the foils out as I blankly stared at the ceiling. I literally didn’t know what to feel.

I drove myself to the ER, not really knowing how serious my condition was (looking back it was probably an awful idea to drive). I checked myself in as my phone was blowing up with questions from my parents and my sister. No one really knew what was happening. No one understood.

My life had quickly spun into a whirlwind yet I still felt blissfully unaware of the situation that I was currently in.

I parked my car outside of the ER of South Shore Hospital and walked inside with my belongings.

“For a blood sugar count of 700, you look pretty darn good,” the nurse at the front desk said to me. That number didn’t really mean anything to me. I politely smiled.

I laid in the hospital bed waiting for my family to arrive. The tears still refused to fall, as confusion was the only emotion that I could really feel. They set me up on two IVs, one filled with insulin, the other filled with salt water. I watched Modern Family on mute as patients passed by my room. My nurse periodically came in and checked my blood sugar and my vitals, eventually I became numb to it all.

Happy Thanksgiving Eve to me.

I don’t remember the exact moment that it set in. Perhaps it was the 2am wake up call to prick my finger and check my blood sugar. Or maybe it was the third time I plead for food only to be told to wait until my insulin drip runs out. It may not have been an exact moment, but possibly a culmination of overwhelming events, conversations, and ‘I’m sorry’s.

You didn’t do anything to cause this. Type 1 and Type 2 aren’t the same. This is just a bump in the road. You can live with this. You’ll be OK, Beth. You’re a healthy person, this will be manageable for you.

I talked to dozens of different nurses, dietitians, and doctors. They periodically came into my room in the ICU, asking how I was doing, reassuring me that things were going to be OK. Saying this would soon become a “new normal.” Telling me that my life wouldn’t be any different, I’d just have to make some adjustments here and there. I was so exhausted and overwhelmed that all of these words went over my head.

But this was my life now.

This is my life now.

The first page read “What is Diabetes?” It was plastered with the symptoms that I had been ignoring for a month. I quickly shut the book and threw it back on the chair beside me.

I spent the entire week in the hospital. They were monitoring and perfecting insulin levels for the time being so I could make it back to DC safe and sound. My meals were carb controlled, and I was taught the basics of balancing proteins, carbs, and fats in a mini-diabetes boot camp.

At first they would inject my insulin for me. I would lift up my shirt and they punctured the needle into me–the physical pain was minimal, however, the mental pain is what hurt the most.

“Do you want to try doing it on your own?” She handed me over the insulin pen. I held it with shaky hands. The tears started to fall again.

This was my new normal.

This is my new normal.

I feel silly for mourning over this disease. My constant tears in the hospital didn’t seem warranted. There are more people in this world in far worse shape than I am currently in.

It’s ok to be angry.

Diabetes was continually described to me as a “livable disease.” I was told I could still do what every other 22 year old does; that sooner or later it’ll just become an integral part of my life.

It’s not the technicalities of it that scare me. I don’t need to change my life all that much. The needles aren’t large, the finger pricks to test my blood sugar hardly feel like a pinch.

What scares me is my ignorance.

My stomach is no longer skin, it’s a grid split into quadrants; quadrants that are meant to be punctured with a needle 4 times a day.

What scares me is failure. Low blood sugars when they should be higher. Exercising at the wrong time. Forgetting my glucose tabs when I’m in desperate need. Not knowing how to respond to people saying “eat this,” when I know I can’t. Pricking the same finger too many times. Running out of test strips.

Failing at being a “good” type 1 diabetic.

I have more questions than I do answers. And that is what perhaps scares me the most.

I have a new normal, except, it’s not normal yet.

Beth is a Netflix and fitness enthusiast, with an undying desire to see the world. Read her blog.