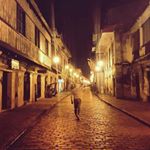 When I first saw you about a couple of decades ago, I told myself that you were just another cocky Michael Jordan wannabe. The way you walked, the way you displayed your tongue for every dunk, the way you devoured gum during the game. You’re just a copycat, some basketball fans would declare; they denounced your name. I almost gave in to their hate, but as time passed by, I saw how you genuinely loved the game that I grew up playing since childhood. You earned my respect. I fell in love with life and the game even more because of you.

I don’t own a jersey with your player number on it or a pair of shoes you endorsed. It’s just not my thing, but deep inside my heart, I am one of your fans. I’ve always pictured you as a superhero – invincible, relentless, bigger than basketball. After harvesting five NBA championships, two Finals MVPs, an NBA MVP in 2008, and 18 All-Star selections, among other accolades in your solid 20-season professional career in the NBA with the Los Angeles Lakers, you were en route to then take Hollywood and the entertainment industry by storm. In 2018, two years into your retirement—being the Black Mamba we’ve always known—you became the first African American to notch the Academy Award for Best Animated Short Film, and to add to that, the first former professional athlete to be nominated and to win an Oscar in any category for your film Dear Basketball.

I was so happy for you. I still remember the grin on your face when you received that coveted award. I saw the purity of your excitement when you mentioned in your speech that while others expect basketball players to just “shut up and dribble,” you’re glad you did a little bit more than that.

Your name’s etched in my memory as a personification of what the mixture of excellence and fierce competitiveness must look like. I saw how you quietly honed your game as years passed by like a seasoned artist from a desolate land. You were never halfway when it was about basketball; you were all-in day in, day out. You perfected your craft unlike anyone else, and the world woke up from the mist of confusion brought by your strangeness in enchantment of your artistry, cheering for you as one of the deadliest and most influential athletes in history.

Your performance in the 2008 Olympics Gold Medal game was the most phenomenal basketball episode ever, bar none. You demonstrated to everyone what “killer instinct” looked like. Your 4-point play in the crucial minutes was epic.

You were a dependable closer. We felt your vigor, your intensity, and your relentlessness to win. Subtly, by simply observing how you became a serious student of the game and diligently stayed on the course to be the best version you could possibly be, you asked us to do the same in the respective stages we’re in. You asked us to strive for greatness.

Your passing broke my heart. But the knowledge that Gigi – your middle child and promising WNBA star – was also onboard the helicopter when it crashed on a hillside in Calabasas, California, along with seven of your friends, turned my broken heart into smaller pieces. I couldn’t utter a word while tears fell from my eyes when I heard the news. For the first time, I pleaded the universe for it to be fake news. But it wasn’t. And at 41, you left us.

I’ve never thought that your 2016 trip in Manila would be your last. It’s sad I never saw you in person. You made me realize even more to savor every second in life, to continue to love and be loved in a world that has gone mysterious and unpredictable.

You built a universe of your own, and then you invited us in. I’m grateful for that. You singlehandedly weaved the fibers of entertainment, sports, and the various cultures around the globe with your brilliant mind and classy demeanor. With sheer determination, you demonstrated to everyone how to treat sports the right way: no flops, no excuses, no missed practice sessions. Your unparalleled focus in demanding perfection and excellence not just to yourself, but also to those around you sealed your stature as one of the most iconic figures in our time capable of turning the world upside down with your elite manners and professionalism. Your respect for the game of basketball can only be exceeded by your passionate works off the court in reaching out to those who are in need. You’re a savant for unprecedented reasons, and the Mamba Mentality is worth reciprocating.

Watching you play was an experience, but I’ll always remember how you and Gigi looked at each other. I hope to experience the same connection with my child someday. I envision being like you, who’s capable of surmounting challenges and hurdles with humility.

Your absence physically won’t stop us from celebrating the lessons you willingly shared. Even in your death, you speak – that is the definition of greatness.

And the next time I set foot on a basketball court, God willing, I’ll search for the fine traces of your grit and love for the game in every corner, in every attempt, in every defense. As the shot clock expires while the basketball is in my hands, I’ll summon deep within me the little boy who first had a glance at you in a Los Angeles Lakers uniform a couple of decades ago.