Shayne Riggleman, who lost his family’s house to a fire sometime around 2005, would eventually die at the age of 22 from a self-inflicted gunshot wound. Before offing himself, Shayne used his .22 caliber handgun and powerful hunting rifle to kill five people.

Due to the chaotic nature of the world during the turn of the twentieth century, literature (and culture more generally) responded to and actually instigated a pervasive sense of global revolution. 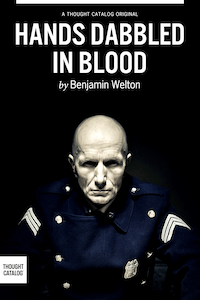