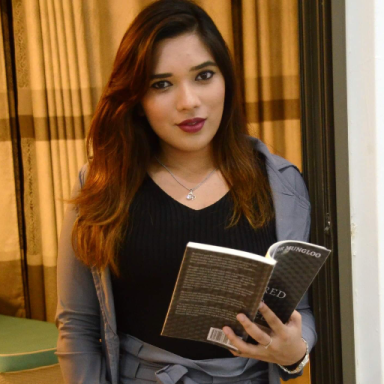 What is the right way to mend the heart that has been mauled and kicked over innumerable times? What is the quickest hack for gluing the most essential organ in your body exhuming excruciating pain when punctured? Would talking about it constantly lessen the pain? Or would detaining it in a forgotten box inside of your chest be less hurtful?

These are the questions that have nagged me as I became the vessel in which my best friend verged her emotions in after a severe rupture of the heart. As I watched her hurt and confused over unanswered questions of the broken relationship day after day, I felt myself swinging on the edge of this cracked bridge. I have been there before. I know what it’s like to be in her shoes. But what helped me get over it that I can in turn advise her to do the same?

As I grabbed her hand tight and comforted her each time she woke up with a wet pillow, memories of the broken-hearted 22-year-old me swirled in my mind.

I remember the friend who advised me to talk about it as much as I could with the hope that after a while, I would get sick of it and say to myself, “That’s it. I am tired of crying over a man who never cared for me.” But that did not really happen. I remember that very friend running out of patience and booming with frustration, slamming me shut out of concern: “It is not working. It’s been months and months and you are still talking about it. You don’t seem to be getting any better.”

Surely when a long-term relationship comes to an end, it takes a long time before you start feeling better. Succumbed to failure, I remember my friend then suggesting me to do the opposite. She said that it was normal for me not to be able to contain the urge within me to talk about it. But as a good friend, she would try this new tactic of cutting me off and talking about something else in an attempt to help me get over it. I remember not feeling well when we were trying this tactic. I remember feeling as though my throat would burst if she did not listen to my unending rants about those unanswered questions.

Anxious and guilty that I would become too much for my friend to take in after months and months of listening to me rambling over the same thing again and again, I remember taking a pen and paper and starting this cycle of writing down every tempest that was raging in my mind. Now that my diary became my confidante, things did not change much for a long while. I kept writing about the same thing, about the same subject, and it was hard for me to come up with something creatively positive for a long period. Conscious of this cycle, some days I would bite my nails in remorse; other days, I would simply ignore the feeling.

All I remembered was that I was not okay and if rambling about it on paper made my chest a little lighter, then that was the way for me. And so, I wrote and wrote and wrote about the pain and the grief and the heart break until one day a beacon of hope glimmered in my writing and I said to myself, “You will be okay. You are okay.”