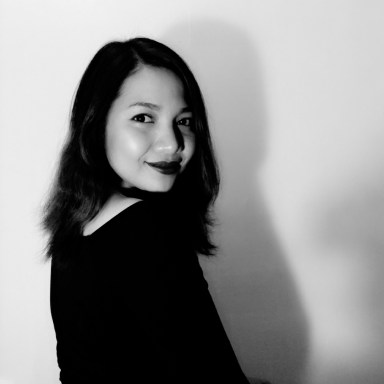 Women are more paranoid than men.

An argument that is true most of the time.

It’s not like it’s a natural trait though. Paranoia ticks women’s brains when a subtle feeling, extremely subtle, tugs on them to get their attention and they just know that something isn’t right but they cannot specifically place it. Can’t blame them, because unlike men who are most often confident, women, on the other hand, believe that they are always at risk for something. There are moments where women cannot differentiate intuition from paranoia but in both states, they tend to listen to the quiet voice in their heads alerting them of something that may or may not happen.

Paranoia is an emotion that slithers in our brains and crawls into relationships without us realizing it is there. There are several factors that trigger this state of mind.

1. You’ve seen too many movies and real-life scenarios of relationships going down the drain. I don’t understand this. We watch heart-wrenching and tear-jerking movies and we think that this might happen to us too. We’ve seen new neighbors happily moving next door with their fur baby and the next morning, they’re shouting their lungs out each other already pitching divorce. This is actually scary. But darling you need to know that you’re the captain of your own ship, what you perceive of other people’s relationship doesn’t necessarily dictate the future of yours.

2. You think your present relationship will be just like your ill-fated past relationship. Trust issues. You gained this syndrome from your emotionally abusive ex. One of your biggest concerns is putting even the slightest amount of trust in someone because you can no longer handle being betrayed. But you have to understand that not all men are alike. Think of Peter Kavinsky, you first thought he was a complete ass and jerk but turned out he was the sweetest thing anyone could ever have.

3. You have low self-esteem. You don’t have those booties and boobs like those Instagram models and you think men are all into that. When low self-esteem is present, it is quite possible to become convinced that you are not worthy of being in a relationship with your partner, and that your relationship is sure to fail. You think there’s a big possibility that your man will leave you if there’s an open chance of being with that kind of woman. Girl, you need to stop this. Don’t trap yourself in your own web of emotional horror. This state of mind where you constantly expects for the worst is what actually ruins the relationship on account of it.

4. You don’t trust his friends. Some might think that when men get together, all they talk about is girls. You think that your boyfriend’s friends can easily push him into cheating on you. And you tend to overthink things whenever he’s out with them because you made yourself believe that they’re doing something behind your back. But if you’ve built a strong rapport with them, you’ll be surprised that they might be the first ones telling him to go home early when you have a fight, telling him to fix things between you two because you’re a god damn egg. It’s give and take. You trust them, they respect you.

5. You feel like a little tantrum will push him out of the door. Well we have to admit, women think that men cannot handle all the craziness that come with the package. You become self-conscious and slightly on guard when expressing yourself because you believe that a tiny flare-up will immediately become the root to your journey to being alone. There’s nothing wrong with being expressive but you must base this on rational judgment, rather on fears and insecurity.

When you’re paranoid, you feel like there’s something around every corner. Paranoia is a dangerous state. You may feel like your legs are stuck in a quicksand and the more you move, the faster you sink.

So be chill and still, because a relationship is not a battlefield. Or for some, maybe it is. But your partner is your ally and not your enemy. You are fighting against all the predicaments and not against each other.

Men can be the worst sometimes.

Nevertheless, you have to remember that the right man will never leave you when he feels it’s not convenient anymore. The right man will sit with you on the floor, gather your shattered pieces and help you build yourself all over again.

However, the effort doesn’t need to come from your partner’s side all the time. You have to make your own attempt of keeping your relationship steady. So stop focusing on the negatives and start nourishing your relationship’s potential. Talk through everything to work on all your greatest fears as this will bring the relationship closer instead of tearing it apart.

When not on the road, she writes.