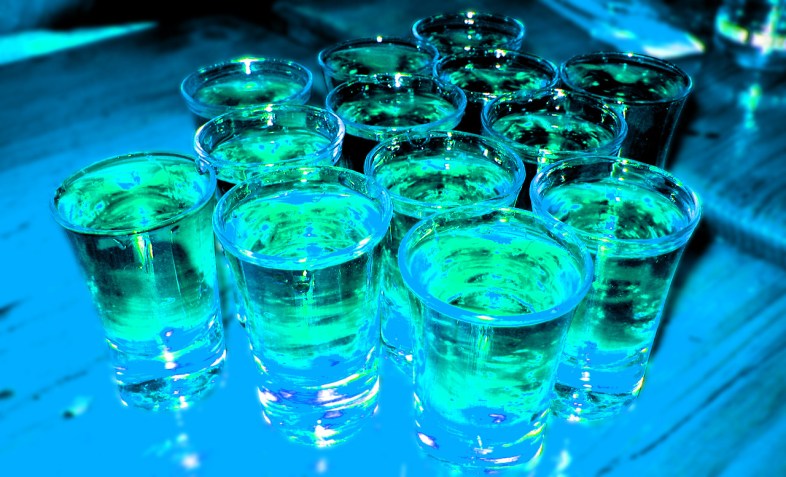 If you had the sordid pleasure of partying in Brisbane’s Fortitude Valley circa 2010, then chances are this list is gonna take you back to a precious time. A time when dirty electro house music was rife, as were girls with mullet-esque haircuts and boys with long pendant necklaces, and shots were cheaper than a sausage roll from the 7/11 on the corner of McLachlan Street.

So, it goes without saying if you’re under the age of 25, this list is going to be as foreign to you as pickles on breakfast cereal (And if pickles on cereal isn’t foreign to you then, what are you doing? Seriously weirdo, stop that).

And for the rest of you, happy reminiscing, you big old valley rats…

If you think I’m talking about an STI, I feel sorry for you, because this place made men out of boys and women out of girls. Yes, I’m talking about The Monastery – prior to the renovations. Dancing on the bar was nothing out of the ordinary and neither were sets until 7am. And when you needed a breather, the park across the road was a perfect respite! Okay, I realise this part makes me sound like a park bum…But seriously, that park served many a Mono-Rat well after busting it out to some filthy, filthy electro.

Now wasn’t that joint as hipster as f*ck…except we didn’t use the word hipster back then, did we? Chances are you probably spent a week’s wage shopping here for your new Saturday night threads. For those of you who didn’t shop here, you probably shouldn’t have been showing your face around the valley! No, just jokes. On my poorby uni wages I couldn’t afford to be in the store at all, but I enjoyed accompanying my cashed-up friends with real jobs, just to stare at the goldfish ponds on the floor. Yeah, you heard it! A clothes shop with inbuilt goldfish ponds…HIP.FUCKING.STER.

3. The first ever Parklife at Southbank (aka THE BEST Parklife ever)

Prior to tens of thousands of children in fluoro get-up swarming giant stages in expansive parklands, there was a finer time in the history of Parklife. In 2006 a few small stages were set up in Southbank’s cultural forecourt. Cutloose, Krafty Kuts, Kid Kenobi and Freeform Five on the banks of the river…Does it get better than that?! Yep…no drink lines.

Where do I start? If my calculations are correct, I spent the equivalent of an entire month of my life at this club…and a lot happened. Some of it I can remember, thankfully. Marvelling at the ice bar at 3am, because um, it was actually made of ice. Having the dilemma of whether to hire a booth or the Uncle Lounge for special occasions (big decisions). Eddie the bouncer who was valley-famous for being able to diffuse testy situations between wide-eyed revellers. And doing whatever the heck I felt like…Like the time my friends found me sitting contentedly under the hand dryer…’drying my lip gloss’ apparently. And of course, the epic Saturday nights with international DJs like Tiesto, backed up by Fluffy Sundays with Courtney Act.

Did somebody say pretentious?

Coming home with holes burnt into my new dress, and sizzle marks on my arm from wasted dancing nicotine fiends is not a fond memory, but is nonetheless a staple. Mind you, I learned to deal with the lingering club smoke smell rather well. Tactics included airing my handbags and shoes out in the sun and doing a double shampoo of my hair. Fresssshhh and ready to go again!

These DJ’s were reason enough to kick your Friday night hangover to the curb and get back out there for a bangin’ night out…’Go on and flaunt it…shake what your mumma gave you…This track’s designed to make you craaaave.’

8. The Regatta on a Sunday

Okay, so obviously this fine establishment isn’t in the valley, but Regatta Sundays were a lot less refined than they currently are. Oh no, there were no three piece bands, Pimm’s jugs or pulled pork tortillas. The old cellar downstairs was converted in a dirty little rave cave and the gravel pit which separated the main hotel from the Boatshed, was crammed with kids under 21 drinking fire engines, vodka sunrises and (here we go…try not to vom) the atrocities that are Smirnoff Guaranas.

Why NOT get crunk on a Wednesday night? I mean, partying Thursday, Friday, Saturday and Sunday night really isn’t enough, is it? This West End club was a slice of weekend valley life mid-week, and was a reason to call in sick on Thursday. RIP Uber Wednesdays.

Okay, that’s not true! I’m having a seniors moment where you look back at everything through rose-coloured glasses with a hue of delusion…just like your Grandma does. But, remember when bars were all about openly and loudly promoting their drink specials?! Oh, the good old days! Here’s my fave…2-4-1 on everything at The Porto before midnight on Saturdays (And I mean, everything! Long island iced teas, chartreuse shots, jam doughnuts. Anything colourful, sugary that could knock you on your ass were crowd favourites).

Trust me, there’s plenty more where this came from, but I suspect you’re already rounding up your friends to relive the glory days this weekend, so I’ll leave you to it.*

*PS you old dogs…The Mono is now Oh Hello, but if you want serious cred, get in line at TBC (FYR, It’s a club, not an acronym for ‘To Be Confirmed’…you’re showing your age now.)

Read this: 30 Things Only Incredibly Stubborn People Understand
Read this: 10 Couples Who Just Moved In Together Admit What They Already Can’t Stand About It
Read this: 24 Things Women Who Don’t Need Your Approval Do Differently