I came home at the end of December from being abroad for seven months after graduation. I thought I could come home and adjust, I mean I was an adult now, right?

I graduated college, I had a job, I just spent seven months traveling and now I’m back in my childhood bedroom. Things should be fine… except they weren’t. I felt lost every day, I felt like I no longer had a purpose, that I was just drifting through my days with nothing really going for me. I felt like I just entered the biggest rut of my life but it turns out what I really entered was my quarter-life crisis.

My entire life I’ve always had a coach or a mentor of some form. I grew up with supportive parents, coaches and teachers. But even more importantly I always knew the next step, but there was no next step and that’s kind of terrifying.

We spend the entire beginning of our existence preparing for life (despite the fact that we’ve already been living all these years) then we get out in the ‘real world’ and we’re just supposed to figure it out on our own? We’re given this unlimited freedom to take literally any path in the world and there’s no direction or guidance. We become so overwhelmed by options and choices that we don’t know exactly what to do, so most of us settle.

I settled. I always had a plan for what was to come – until I didn’t. I had to move back in with my parents because I ran out of money. For five months now I’ve been sitting on their couch without a plan. I’d talk to my friends and parents about it but no one really understood what I was going through because they all knew what they were doing or were content enough to not want to make a change. But I was so far from content with my life I felt like I was just running in endless circles. I started questioning why everyone else was fine and I wasn’t, I started wondering what was wrong with me.

I decided enough was enough of feeling that way. I no longer wanted to feel like I was purposeless and directionless so I decided it was time to actually talk to someone who knew what I was going through. I decided to get an online life coach at Blush and it literally changed my life.

I didn’t know what to expect  when I signed up to be perfectly honest, but it turned out to be the best experience I could have asked for. There’s a certain freedom in talking to someone who you don’t know previously, who isn’t there to judge you or make you feel like your thoughts are invalid, which is something I was feeling prior.

Instead of worrying about being judged I could just be open. There was a seamless relationship between my coach and me, and it actually became something I looked forward to every appointment.

There was a certain sense of freedom I felt every time I got on the call with my coach, Kali Rogers, who is also the CEO and Founder of Blush.

I was receiving completely unbiased opinions and advice from her which was super refreshing. There were no expectations or pressures when it came to our conversations, and I could say exactly what I was feeling. Kali also did the same for me. She wouldn’t hold back on her thoughts and advice, and she truly wanted to help me uncover what the real problems were. She didn’t just want to stick a band-aid on me and tell me I’ll be fine; she wanted to actually take the time to help me figure this out and grow stronger.

It wasn’t always easy though, things were uncomfortable at times in the sense that she brought truth to some of the things deep down I knew all along but didn’t want to accept. But I think getting those things out in the open is a big reason I’m taking the needed steps now to become the person I was meant to be and start living a life that fulfills me.

Kali helped me see things from a new perspective and showed me the path that was better for me to take. I always ended my calls feeling so much better than when I started because there was an immense sense of honesty that just made me realize so much that I’ve been trying to hide away.

I knew Kali was always giving me the honest truth about the way I should live and what I deserve. There was no hidden message or biased advice like you might receive from actual friends or other relationships in your life. Everything she said was because she meant it and because she really wanted to see my life improve. It’s like venting to a best friend who doesn’t judge you.

The process is so helpful and the advice I received from her is advice I couldn’t get anywhere else. Kali helped me navigate through a difficult part of my life where I would have been wandering aimlessly on my own for even longer. I finally feel like I found a sense of purpose again and have a new direction to focus on all thanks to deciding to get the help I needed to better my life.

I’m excited to see where this new journey takes me.

Kali Rogers is the author of Conquering Your Quarter-Life Crisis, available here. 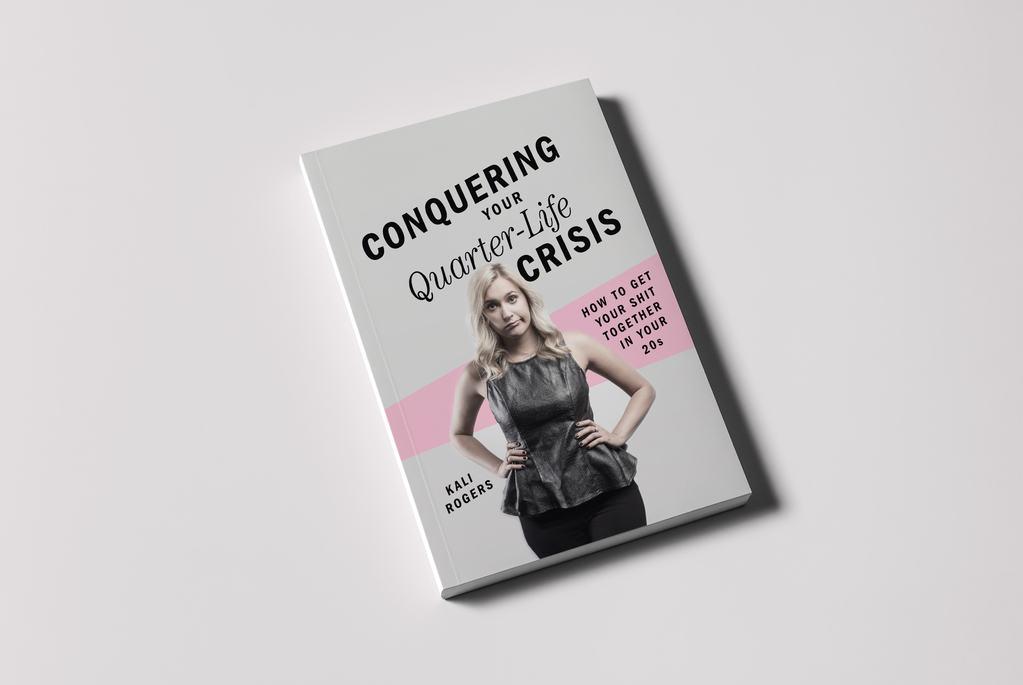