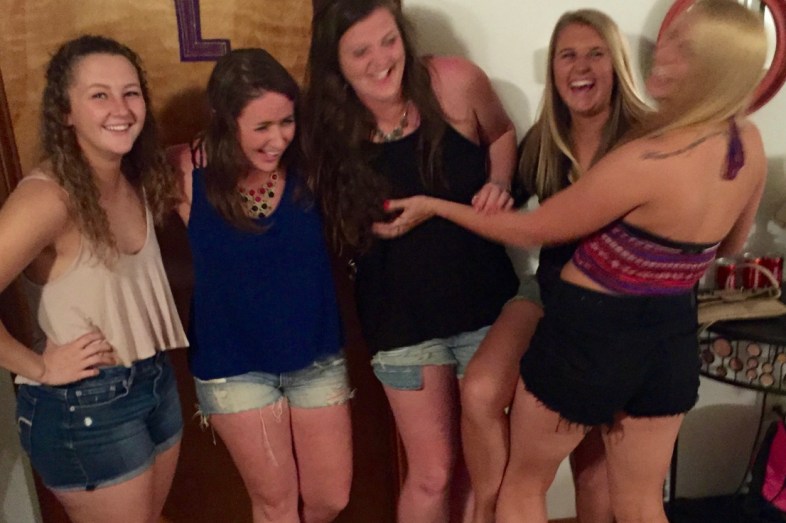 A lot of people told me that the best days of my life are just beginning. I heard it over and over again as I was getting ready to graduate, “Oh your life is just starting” my friend’s dad preached to me.

But here I am a few months shy of being a whole year post grad and I don’t feel it. I haven’t felt it since I’ve been back in America and to be honest, I’m having a hard time believing I will.

I talk about it a lot, I’m one of those people who have a hard time letting things go – memories, people, dead friendships. I cling as long and hard as I can because the future seems a lot more empty and lonely than the past and I’m just not ready to move forward just yet.

Recently, I was talking to one of my childhood best friends about it. We’ve grown up together and we’ve basically been there every step of the way but even things are different with us now. We aren’t sleeping until the afternoon in her basement anymore, instead we’re waking up in our own houses at 7:30 AM and texting over morning coffee. We aren’t sneaking out my bedroom window to go off to some party we’re not allowed to be at, instead we’re walking out the front door and just going. No one cares if we’re home in the morning or not. We’re not gushing over hooking up with boys, instead we just cheer each other on and ask a couple of questions in the morning.

We’re not the same people we were growing up and honestly, we’re probably never going to be that way again. We almost ran out of firsts. We’re not asking questions about how you hook up with someone, we’re not making elaborate plans to get away with stealing alcohol from our parents, we’re not trespassing on private property to find a place to party. Instead we made it to the point where our ‘firsts’ are very, very limited. We’re not doing the things we used to and it’s kind of heartbreaking to realize that. It’s really heartbreaking, actually.

And I haven’t felt that way in a while.

There are no more thrills, there’s no more stupidity that we could get away with because we “didn’t know any better,” there’s no more risk. Now it’s just routine and I hate routine. Routine is boring.

Lately, I’ve mostly felt loneliness, longing for the past and reminiscing on good times with old friends. I wish I was waking up in my college house to walk down stairs to be greeted by my best friends and a few stragglers who ended up sleeping on the living room floor bed. There are days I wish I was still making bagel sandwiches in my college town bagel shop. I wish I could still sleep until the afternoon with no responsibilities. I wish I was still partying on a dirt road I wasn’t allowed to be on and running from the cops. I wish I was still sneaking out my bedroom window to sneak off to some guys trailer park. Because as young as I was I knew in all that chaos I called my life that I was happy and that’s really all that matters.

You’re allowed to be young and dumb, it teaches you the best lessons, but growing up is different and it’s hard. It’s a lot more structured and just really lonely. I’m trying to get used to being alone, but sometimes the silence grows so loud I can’t take it. I think that’s one of the hardest parts, getting used to your own company.

Growing up is hard. There’s a lot of uncertainty, a lot of questions, a lot of feeling lost. But it’s also hard to realize that I’m never going to get any of those times back. Time just keeps moving forward and it doesn’t care if you used to be happy because you can’t go back. You just have to find new happiness in the future.

It’s weird that I am in complete control of my life and my future. And it’s weird I no longer have the constant moments of feeling alive like I used to when I was younger. I guess this is growing up and I guess I’m just waiting for the time in my life when I can look around me and say to myself “this is what everyone meant when they told me it would get better.”

I’m going to wait for that time, but I’m certainly not going to hold my breath.