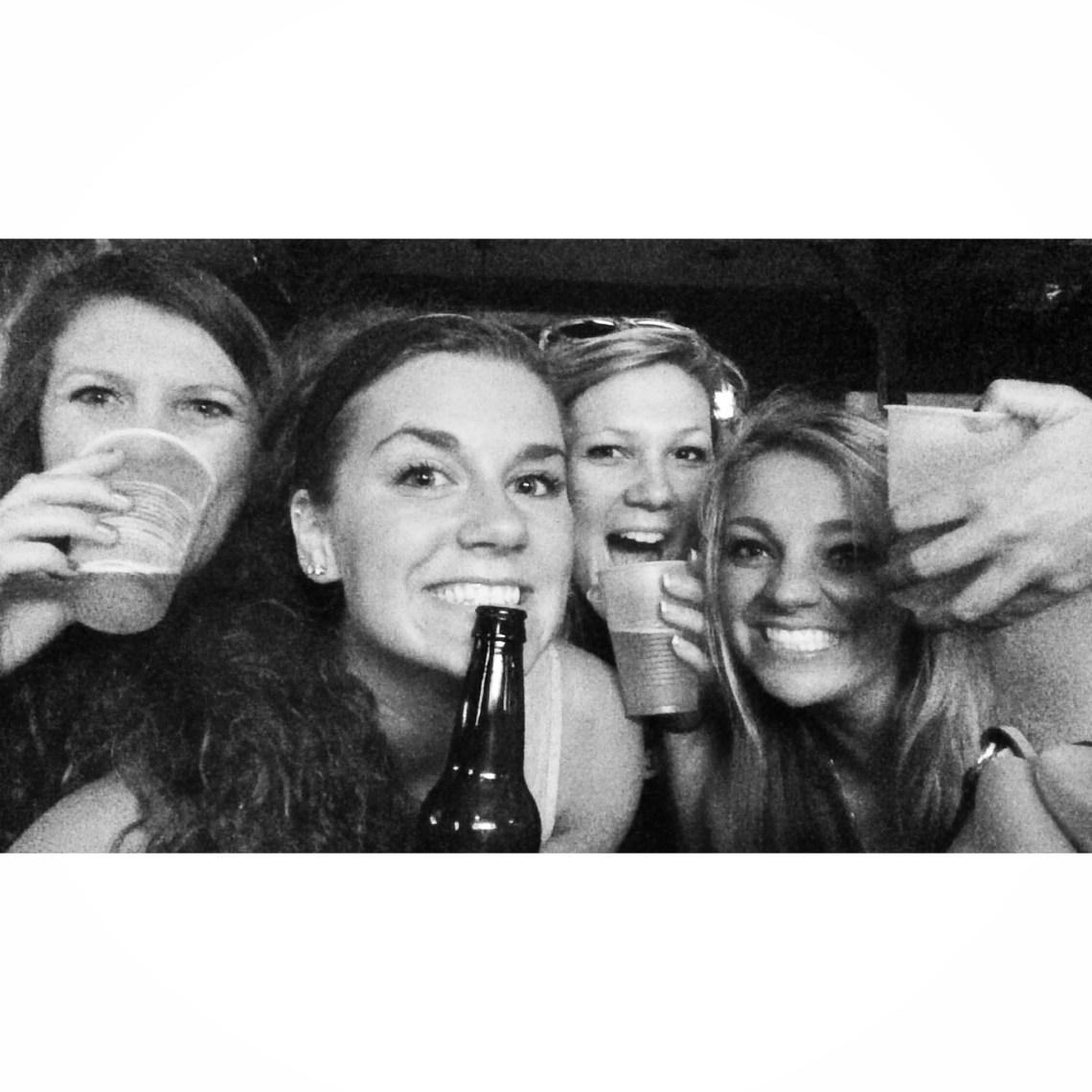 1. By studying too much.

Seriously though, put down the books and enjoy your senior year. Before you know it you’ll be graduated and you won’t get that time back. You won’t remember the grade you got on your term paper, but you will remember the nights you spent doing stupid things with your friends.

2. By not making connections with your professors.

Your professors could be the gateway to your future. Having a good relationship could influence whether you pass or fail the class you flunked a test in because you were too busy partying and it could also be the reason you get a job or internship. My professor in college hooked me up with one of the best internships working with a local brewery rep. He literally put in a good word and I got to spend my summer slinging beer at festivals while still getting experience in my field. It was a complete win, win situation. I have a lot to thank my professors for, not to mention they taught me everything I know.

3. By staying home on the weekends.

Don’t stay home on the weekends to study because are you really going to be productive after you’ve spent your entire day staring at a text book cramming information into your short term memory? No. It’s 9 PM close the book and go meet your friends out. You don’t have to get shit faced, but allow yourself some fun before you hit the books again in the morning.

4. By not ordering pizza on your way home.

The only thing worse than a hangover is a terrible hangover that lasts until 9 PM the next night because you decided you didn’t want to eat pizza on the way home. Eat the pizza and drink the water, your future self will thank you in the morning, despite the extra calories you tried avoiding.

5. By pushing people away because you’re leaving.

Don’t cut off ties with people because you assume you’ll never see them again. Cherish your time with them and keep them close to you because apart from being a good friend, you never know what they could help you with in the future or what connections they can reach out to for you if you need a hand. Don’t burn your bridges because you assume it won’t matter in the future, because it might.

6. By ruining friendships over a boy.

Don’t only hangout with your friends when your boyfriend is busy, don’t only go out with them when you’re fighting to get back at him because your friends notice and it’s a shitty feeling. And if you break up your friends will be the one who’s there for you when he’s not. Don’t push your friendships to the back of the list because college is all about relationships and you don’t want to look back and realize you should have spent more time with your friends instead of the boy you thought you’d marry.

7. By worrying about things that are outside of your control.

Don’t worry about what the person next to you got on the test. Don’t worry that someone didn’t pay you back the $5 they owed you because some things just aren’t worth the fight. You have to pick your battles and learn to just let some things go. The girl wearing the same shirt as you at the bar is also not that big of a deal.

8. By doing things just because they look good.

If you absolutely hate something, don’t do it. Don’t ruin your last year of college because you think something will look good on your resume. It might look good, but it isn’t worth the mental abuse your putting yourself through. But on the other hand, it is only temporary. A lot of things I didn’t want to sit through I can’t even remember now because when you think back on your experience you only remember the good things and you seemingly forget the bad.

9. By skipping out on dinners because of money.

Money sucks, money will always suck especially when you’re a poor college student, but don’t miss out on dinners or happy hour or bowling just because you’re trying to save five bucks. Not having money is shitty, but staying home while all your friends are out having fun is even more shitty. You don’t have to do it all, but don’t isolate yourself either.

Don’t piss away all your hard work your last year of college because you want to attend every party. You can take a night off from drinking and smoking in order to study. Staying in college forever might seem fun, but it’s not. If you fail your last year and aren’t able to graduate, you’ll hate it when all your friends are moving on and you’re still stuck in the same college town because you couldn’t put down the beer to pick up a book.

You’re literally paying to get an education, and paying tens of thousands of dollars at that. Try to get something out of it, like as much as you can because after college if you want to learn you’re going to have to teach yourself. You won’t have someone standing in front of a classroom teaching you how to do things anymore.

12. By not finding a healthy balance in your life.

I’m a total advocate for drinking and having fun in college. Without alcohol and the bar I wouldn’t have made it through all four years as sane as I did, but you also have to find a balance that works for your life. Don’t spend every night at the bar because you’re now 21, but don’t spend every night at the library trying to get all A’s while completely stressing yourself out. Find a happy medium, do well in school while also having a healthy social life.

13. By taking it too seriously.

Don’t wish college away because once you’ve graduated it’s all over. You don’t get a redo and if you chose to go back it won’t be the same. You won’t be a freshman who is 18 living in a dorm trying to figure out how the whole thing works. You get your experience and then if you want to go back you get a different experience, but it will more than likely not be the same. Make the most of it, love your friends, enjoy the apartment you’re living in, laugh when everything feels like it’s going wrong and just have fun. You ruin your last year of college by living too seriously. Relax and enjoy it.