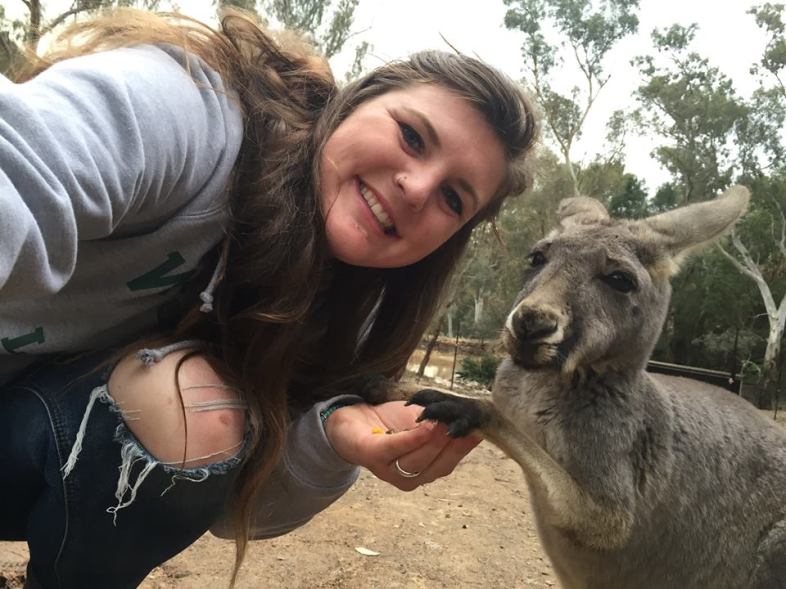 1. The coffee is much, much better. They think our coffee is absolutely disgusting in America because in Australia black coffee isn’t even a thing. They take their coffee here very seriously and you can’t even work at a café unless you’ve had previous barista experience. They also don’t even have creamer in Australia. I asked if they had creamer and everyone blankly stared at me, then I tried their coffee and understood why they didn’t need it.

2. They are so big on recycling. The recycling bin at my house is bigger than our garbage can. They actually have recycling bins next to garbage cans at the mall and in public places. It’s so great, and they get 10 cents back per can they return, unlike in America where there is only a handful of states that actually give you a nickel for every can you return.

3. Their toilets use way less water. In America our toilets fill up before they go down, in Australia the toilets just flush, the water doesn’t run afterwards, and there is two buttons to push so if you just pee, it uses less water than it were if you went number two.

4. They have rain tanks. This is so incredible to me. They actually use their rain water from their gutters and it goes into a tank. New houses here actually have to have the tank hooked up to something in their houses, so most use their toilets. So when you flush your toilet the water that fills it back up is from the rain tank so you aren’t wasting new, clean water.

5. Everyone is about having a good time. It really doesn’t matter your age in Australia or if you have an adult job or not because once it’s the weekend everyone loves to go out and have a good time.

6. Their news isn’t flooded with shootings and crimes in Australia. Watching the news in Australia there is more of our American news than their own news. It’s filled with the tragedies in America and it’s really terribly sad. Being away makes me really see all the problems we have as a country. I’m not saying Australia is perfect or that bad things don’t happen here, because they do, but not nearly as much as they do in the states and it’s really sad to see.

7. Public holidays. If there is a holiday on the weekend, no one has to work the next workday. It’s incredible. Everyone in Australia has today off actually because it’s the Queen’s birthday and everyone partied for her birthday, just like they should.

8. You pay the price displayed. In Australia there are no sales taxes and you don’t tip, so if something is $20.00 it’s actually $20.00. It’s awesome, especially if you’re balling on a budget, you don’t have to pay an extra 27 percent on top of your meal price for tip and taxes.

9. The all take advantage of traveling and holidays (which to them is a vacation). Everyone is so down to use their full vacation time and take trips to wherever. Almost every person I meet in Australia has been to America, where rarely any Americans I know have been to Australia. They are more laid back about work and more into having a life full of fun.

12. Their winter isn’t even cold. I came to Australia during their winter and while they’re dressed in hats and scarves I’m wearing a hoodie and flip-flops (or thongs as they call them). It’s still in the 60s (Fahrenheit that is) and that’s a nice winter if I do say so myself.

13. They have kangaroos and koalas. And so far I’ve held a koala and feed kangaroos and they are awesome animals. If you have no other reason to come to Australia come to see them, they’re awesome.