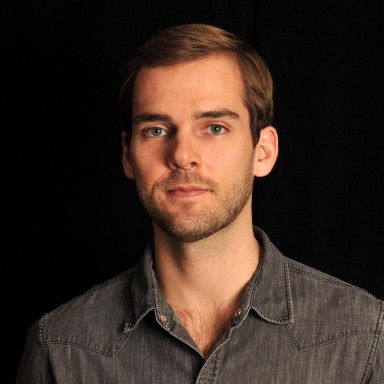 This plane keeps us all together, and as these chattering Chinese fly us to Jakarta I am wishing you could be who you were. I show you how to fill out the customs form. I have been here before. You haven’t. All I want for us is to stay whole.

Maybe we both helped each other, but that hindsight is of no comfort as we sit here, about to fly to the island favored by Asia’s newlyweds. The captain has asked us to put our seatbelts back on. The turbulence is welcome.

Jakarta smells of clove cigarettes and gasoline. In the middle distance, a cloud of black smoke low over the buildings, then rising, growing larger, multiplying higher, blacker. We can’t see the flames until we drive up directly across from the smoke, almost a mile from the freeway. Between it and us shanty towns, small buildings, electrical lines and warehouses. Then the fire. The flames taller than the structures, licking the sky, and the great black cloud of smoke is so high now we can’t see the end of it from the backseat of the taxi.

Once, I watched Tom Cruise in a TV interview saying he has trouble staying still at the beach. “I like to be out playing in the waves,” he said. “Mixing it up.” Middle-aged women on their “Eat, Pray, Love” tour arrive at the beach by the vanload.

On Padang Padang at night there are bats that swoop under thousands of stars we can’t name. We don’t know what to call each other. We don’t know how to act. But this place is really green. The water blue. And roosters crow in the morning. I have found enough places I love on this planet to keep going back to. But places are not people. Once the plane ticket is bought there is little that can be done to stop it. All the plans we make can be broken. Most of us are way too lazy.

How can you know how someone is going to act until you know what books they’ve read and what they think about them? I don’t care what your hobbies are; show me your shelves. Let me read what you wrote in the margins.

Still, the beer on the beach feels good and there’s always another Third World country to gape at. Just don’t stay too long. You’ll meet too many people who’ll see you as you really are. The sand crabs aren’t mocking you. They just want you all to go home.

Choose the music on your headphones carefully. You might never be able to listen to a singer again if you attach the wrong memory to her music.

The crowd is hungry. There isn’t enough to go around. Wait in line or starve. It’s your belief that you can outthink the world that drives you to the edges.

Here they come, the motorbike horde. The mechanized thousands. Babies in facemasks and helmets hold the handlebars, grinning. The bentover man shovels rocks from one pile to another. Constant talk of how to make it last longer. I make a mark on your knee. We leave scars we think other people won’t notice.

Dreamland’s cliffs have been bulldozed into tenement buildings, but the water is still the same shade of otherworldly blue. I want to become so rich I can put places back the way they used to be. The giant war god statue breaks loose, leaving its feet behind, and stumbles over the cliff.

Author of This Expat Life.