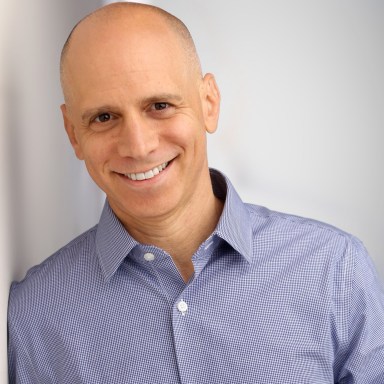 During the Las Vegas renaissance of the early 90s, I worked as a room reservations agent at one of the glitzy new resorts. That’s where I met Amy — the confident, outgoing alluring woman everyone worshipped.

She liked rebellious guys, the kind where friends would ask, Are you sure about him? Nobody had ever labeled me as a rebel, so it shocked me when she invited me to a dance club with her friends.

After several sketchy mixed drinks, we slow danced to techno music. Yup, we were that annoying couple. And then, as if to attract more attention, she wrapped her hands around my cheeks and kissed me — a real kiss.

I couldn’t believe it. The super-cool, wild and crazy, most wanted by all the guys, Amy. What the hell was she doing with boring old me?

It turned out she liked my dry humor, and I intrigued her with my undeserved bad-boy reputation. I had gotten my job by way of a random personal connection while most coworkers languished on a waitlist before landing a spot. Everyone resented my networking craftiness, except for Amy. She dug my resourcefulness.

We got along well, but I never felt good enough for her, so I compensated. When we were out together, I’d get excessively drunk because I thought it made me more fun. In reality, it made me just another drunken idiot. When sober, I’d dial up my aloofness to enhance my cool-guy factor.

Throughout our entire relationship, that little voice in my head warned me I was just a placeholder, a subservient guy to lug around until someone better came along. Eventually, she confirmed my suspicions. She left me, not for someone else, but because (in her words) I had gotten all weird.

It shocked me at the time. Years later, I realized our relationship began to die right after that first kiss on the dance floor.

When romances end in movies, it’s often because of a dramatic event. Someone cheats or commits a criminal act. A partner stumbles onto a dark hidden secret.

Tragedies do happen, but often, relationships die a tiny bit each day, an underlying flaw working its magic in stealth mode.

These five stealthy relationship killers are most common.

There’s no telling what your brain will command of you when you struggle with an inferiority complex. It’s a risk that mounts whenever self-esteem suffers.

First, admit to yourself that you feel inadequate. Then, ask yourself what is it about the other person relative to you that makes you feel this way.

For me, it was my appearance. I had thinning hair in my youth, and it destroyed my self-confidence. By embracing the quality that triggered feelings of inadequacy, I overcame my self-esteem issues. In my case, I shaved my head and owned my flaw, turning it into an asset.

Second, in every relationship, one partner will excel in some areas while the other thrives in different domains. In moments where inadequacy overwhelms you, remind yourself of your strong points.

Contempt for your partner.

We tell ourselves nice people shouldn’t feel this way, so we suppress the feeling, burying it deep down. That’s what makes it so insidious.

Relationship expert John Gottman describes contempt as the most destructive of all relationship threats. Gottman posits that long-simmering negative thoughts about one’s partner fuel a feeling that they deserve scorn and ridicule instead of love and respect.

Feelings of contempt simmer for months and years, making it a stealthy killer. It builds under the surface, allowing anger to build without resolution. When it overwhelms us, we erupt with personal attacks laced with mean-spirited sarcasm.

We haven’t had sex in two months. Have you reverted into an asexual being?
The car is still filthy. Just like our marriage, you do everything half-assed.

If you’re in a long-term relationship, ask yourself this question.

Does it feel like you lived the exact same day for 365 consecutive days?

If you answered yes, it’s because you’ve fallen into a routine — one with no excitement to break up the monotony. It’s not the kind of threat you notice day-to-day. It goes undetected until one day you wake up and realize your romantic partner has become your roommate.

Routine, sameness, and predictability lead to boredom. When relationships die because of roommate syndrome, there’s no dramatic ending with slammed doors and luggage on the lawn. Instead, you die slowly until the day comes when you both wonder, What happened? And when’s our lease up?

When you feel the beginnings of roommate syndrome, take it seriously. Don’t swat it away as routine relationship ups and downs. Recognize those feelings as signals alerting you to blow up your routine, inject spontaneity, or find other ways to reignite the passion.

When I first came out of my shell after my 30th birthday, I dated Cara, a woman I met at work. We hung out only once a week, spending the other six days catching up with a smattering of two-minute phone calls.

Before Cara, I hadn’t been in a relationship for several years. While dating her, I somehow felt even more lonely than during my long dry spell.

Cara and I talked, but our conversations were rushed and often superficial. We connected physically, but those moments were brief. When we weren’t together, I felt hamstrung, unable to seek the connection I needed because of my commitment to Cara.

When we finally talked about the issue, I failed to articulate my frustration until she asked, “Are you saying you’re lonely?”

From then on, our relationship improved. For a while, I thought we’d make it, but time proved we weren’t cut out for each other.

It’s odd to think that loneliness can exist while you’re in a relationship, so we neglect to use that word. Instead, we say, “We don’t talk enough.” But that’s too vague and dispassionate. When you say you’re lonely to your partner, it generates a more visceral reaction.

Children won’t save a broken marriage. Worse, the added stress of caring for children can fracture healthy relationships.

Years go by, and while you focus on your children, your relationship suffers without either of you recognizing it consciously. You become parents at the expense of being a loving couple, setting yourself up for eventual empty nest syndrome.

Kids take priority. You can’t avoid that reality, but you can manage the side effects.

No matter what age your kids, it’s essential you enjoy yourselves as a couple. Schedule date nights. Go for walks together. Make time for intimacy.

Kids offer a convenient excuse to ignore each other’s needs, an easy distraction to mask marital challenges. Find the time to be both parents of your kids and lovers of each other.

Some relationships end because of cheating, stealing, and other tragedies. Others die slowly, falling apart under the pressure of stealthy threats. By recognizing the warnings and addressing them proactively, you can withstand these threats.

Experimenter in life, productivity, and creativity.