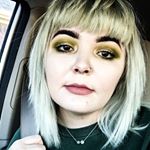 Author’s Note: Originally, I wrote this article to be published on The Odyssey, a website full of young, college-aged women who desire to become writers. After trying no less than 10 times, my article would post initially and I could view the page with no issue. When I tried to share the article, the URL would not be valid. So, I decided to pursue publishing on a site that’s more inclusive of all viewpoints and beliefs.

I’ve been blessed to grow up with many strong women as role models. Teachers, relatives, coworkers, Bible study leaders, classmates, coaches, you name it. The women in my life are strong and confident, and they’ve helped me become the woman I am today – bold, independent, and unapologetic for how I choose to present myself.

Recently, I’ve been seeing an article floating around on various social media platforms, where a young woman explains her reasoning behind why she doesn’t identify as a feminist. She backs up here claims using a handful of ideas presented in the Bible. You can find the article here: I’m a Christian Girl and not a Feminist, because God did not create Man and Woman to be Equal.

“God created man, and then He created woman. This was two separate occurrences and order is key.”

“We are not to be equal to our male counterparts.”

“Women and men were not created equal.”

These are just a few statements in the article explaining why she’s not a feminist, as though her belief in God somehow hinders her ability to believe that men and women should receive equal pay for doing the same job.

The belief that you can’t be a feminist and a Christian is bizarre and archaic. The Bible is full of women who are powerful leaders in the face of adversity, and yet they’re still followers of Christ.

Mary agreed to give birth to the Son of God, although she was unmarried and had not slept with her fiancé, in a time period where unwed mothers were even more shamed than they are today.

Mary Magdalene was a self-made unmarried woman who financially and emotionally supported Jesus. It’s believed that she was originally said to be a former sex worker so that the church could exclude women from holding positions of power in the church.

Esther stood up against a man who was planning to kill her family, all while honoring her husband and showing him the respect the Bible instructs women to give their husbands.

Five women were listed in Jesus’s genealogy, which was unheard of in a time period where people were known solely by who their father was.

I could go on, but I think I’ve made my point clear. Jesus does not call us to be timid, quiet mouse-like human beings that cower in the corner while the men run the show. Proverbs 28:1 says that the righteous are bold as a lion, meaning that anyone saved – man or woman – can be bold. Proverbs is also the same book where a Godly wife is outlined. Proverbs 31 depicts a hard working woman who fears God and provides for her family, not a woman who idly sits on the sidelines. She honors her husband while maintaining her strength and productivity.

Being a feminist does not mean that women want to overthrow men; it simply means that we believe in equality. Women should be paid equally for doing the same job that a man does. Women should be treated with the same amount of respect that a man is treated with. Taking a stance on women being respected and treated well should not be a foreign concept in the church. Paul proclaims in Galatians that there is “neither Jew nor Greek, slave nor free, male nor female, for you are all one in Christ Jesus.” (Gal. 3:28) The world wants us to be divided by our differences, but in Christ we are one and we are all equals.

I believe that once we stop seeing those different than us as competition and start working together to further the growth of the Kingdom, we will start seeing a more positive response to Christianity.

I’m a career barista with a passion for writing

What If Christianity Was Never About God?