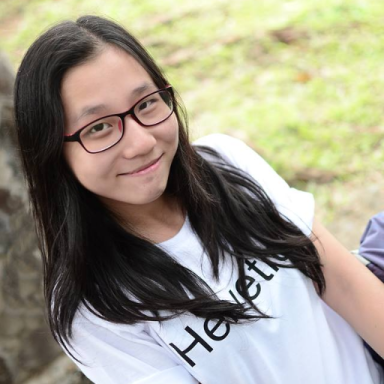 When all your life you’ve been the person who pushes away everyone who tries to get close to you, you already fully understand why people leave and give up on you. No, it’s not like you hate this system as you call it, it’s just that you’ve come to terms with the fact that it’s just been that way for you for the longest time and you’re unwilling to change now. You tell yourself that it’s exactly why you built all those walls up, not allowing yourself to the least bit possibility of vulnerability.

You have fully convinced yourself that love is a game of mind. And a perfect relationship is thinking ahead about every single thing that will or won’t work. You want to address it with well-thought-out plans, like how it should be. You think about all possible scenarios of how a date will go and come up with an endless amount of action steps depending on the scenario you formed in your head. You pride yourself with the ability to manipulate a conversation to get what you want. And you are certain that you have your head above your heart, keeping yourself constantly in-check in crucial romantic moments everyone else warned you about.

And suddenly, with one of fate’s playful attempts to catch you off guard, you see yourself attracted to that one person who showed efforts, who never gave up in pursuing you, and who made it seem like you matter enough for them to be persistent. You know, the one you least expected. They sometimes cross your mind in the middle of the day. You look forward to their good mornings and good nights even if you tell yourself you don’t care. And behind all that, you know you don’t want them to stop trying. And then one day, you start to believe that your strong facade was worth taking down a notch. And the thought that maybe love isn’t always about objective reason, or logic, or analyzing a given data. You try and make sense out of it.

You still refuse to be the girl you realize you’re turning into. You pave ways not to let yourself accept that all the cheesy feelings that seem to surface are normal. And you sometimes still disregard the thought that maybe, just maybe, it’s the first time you experienced love without your mind holding you back like all the other times. You repeatedly tell yourself that it’s just love, only it’s not the same as how you thought it would be. It’s different this time around and you see a whole new side of you that you never knew existed.

You refuse to believe that you’re this affectionate on the inside. You feel a hint of neediness, something you only felt now. You catch yourself in deep breaths on a lazy Sunday wanting to see them, wishing it’s just a phase in passing or your PMS acting up. And you think that if it were not taken care of, it would only mean you have succumbed to the idea of keeping yourself open to hurting and that is the last thing you want to catch yourself in.

You refuse to accept that you’re becoming the one who is more in love because you always thought of it as a weakness. You do your best to make yourself believe that you’re not becoming too attached. You distract yourself by doing other things to get your mind off the fact that you’re thinking of them too much, one that you never allowed yourself to be. You can’t help but think of them every second of every day and wonder if they feel the same way. But what makes it more difficult is that they can’t find out because you can’t let them feel like they’re smothered, or worse that they got you, the strong independent woman, tamed.

You refuse to accept that all those walls you caged yourself in don’t matter anymore because they’re the only one who does.  You pretend that not talking to them for a day is okay when you miss them even when you’re together. But in reality, you just want someone- them specifically- to see past your strong exterior and denials, and tell you that it’s okay to be scared, it’s okay to feel emotional, and it’s okay to love now because they’ll be there for you and with you.

Love starts to affect you in all sorts of ways. It doesn’t make you vulnerable nor susceptible to illogical reasoning. But rather it keeps you afloat, inspired, and feel what it means to be human. That’s still something you’re learning, and it’s okay even if it’s very different.